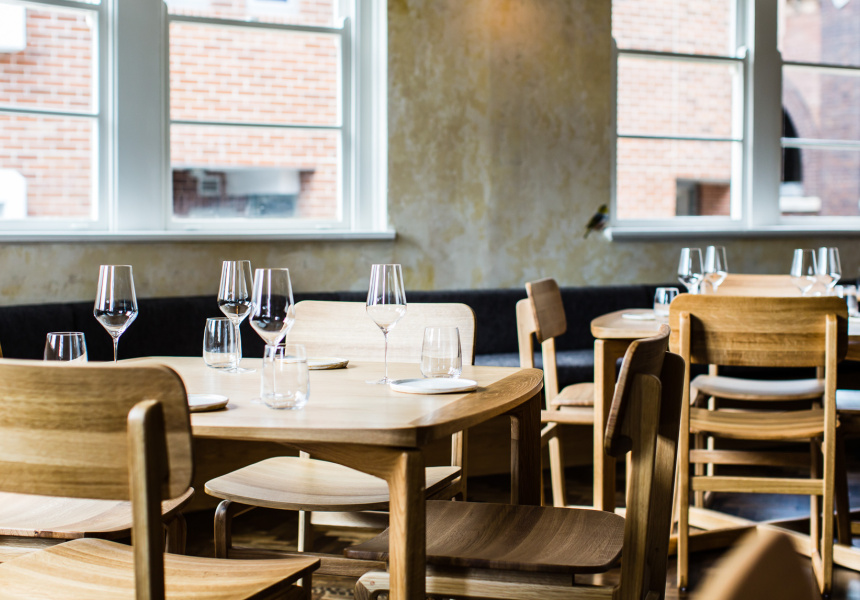 It was pretty sad when the Clare closed down, but it’s hard to feel sentimental now that it has been replaced by two of the most exciting new venues of the year. Along with Clayton Wells’ Automata, The Old Clare Hotel renovation brings Silvereye, the first venture from Rene Redzepi’s right-hand man, Sam Miller.

The restaurant offers two tasting menus, one with around 15 courses and another with around 10. “I wanted to make it somewhere that I'd like to go. I like good things. I like eating multiple courses but I'm not from a well-off family or anything, I don't want it to be too stuffy. It should be very approachable.” Miller gave a similar brief to Matthew Darwin, the architect who designed the minimal, open and refreshingly un-industrial fit-out. “I like openness, I like the interaction. It's not the traditional boundary between kitchen and dining room.”

The menu is vegetable-heavy and produce-focused. Miller is excited to play with tropical fruits, flowers and citrus, ingredients he was geographically restricted from using during his five-year stint at Noma. “The main thing is to use Australian ingredients, I’m not going into the Indigenous thing at the moment. I'm still trying to get my head around the general seasons.” Miller says once he’s had more time to settle he will explore native produce. “I'd like to get into it. New ingredients are always exciting for a chef.”

There are some protein-based dishes, but mostly he's avoiding the kind of meat-focused dishes common to fine-dining menus. Miller says there’ll be more fish and shellfish. “I like the red spot whiting, it's a funky one. It’s a fried fish bone we dress up so you kind of eat the whole fish. We fillet the fish, fry it (the bone), smoke the meat and a dress it back on with a little cream of watercress some beach plums.”

Dessert follows a similar philosophy. Miller, who’s never worked as a pastry chef, says he’s deliberately left the role vacant so the team would eschew traditional chocolate-based desserts for subtler sweet creations that rely more on reimagining fruits and vegetables. Miller says he’s particularly fond of a cherry-blossom ice cream with juiced and reduced Japanese pumpkins and a frozen cream. “People have an expectation when they go out dining. Part of our job is to fulfil that expectation, but also, when we're at this level, to give them something unique and interesting to get them to open up and try things they may not want to.”

The tasting menu comes with either matching wines or a mixed non-alcoholic pairing. “It’s focused on natural and organic wines; there'll be one or two funky ones but nothing too hectic.” Miller says he’ll keep the list predominantly Australian with any extras varietals coming in from Europe.