Head to Newton to meet Uncle Hops, the new bar inside the Bank Hotel. 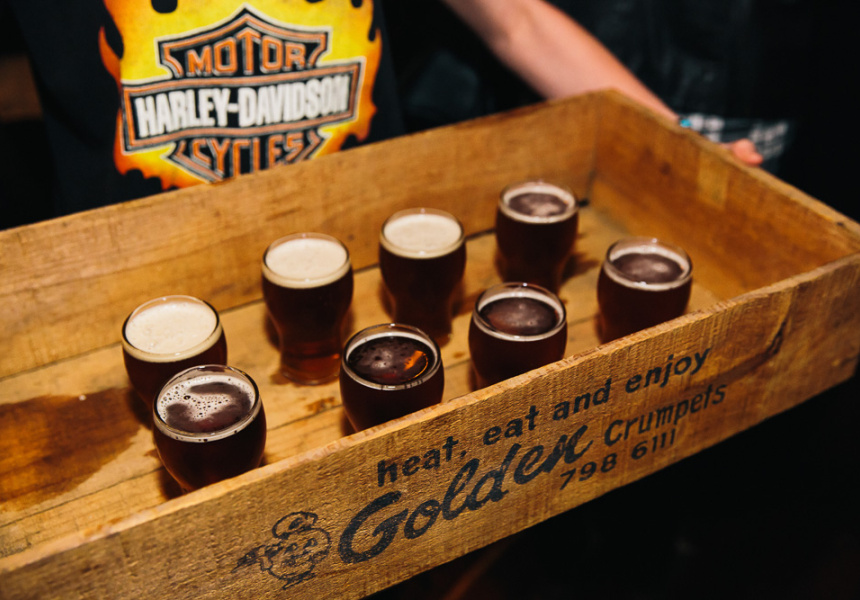 The Bank Hotel in Newtown is a beloved watering hole for many in the inner west. And now there’s more to love about the venue with the opening of Uncle Hops, a craft-beer bar serving tankards of the glorious golden ale. So what criteria decided the beers that made the list from the more than 100 that were sampled?

“Good quality beer was first and foremost, followed by weird and wonderful flavours,” says Jacob Toivonen, licensee of the Bank Hotel. “We've tried to source beers that would surprise people and I'm sure this list will grow.”

The idea for Uncle Hops came about after Toivonen became curious about locally crafted beers and how the average beer was changing.

Here you’ll find craft beers from local brewers such as Young Henrys and Willie the Boatman. It’s a spot where patrons can feel at home, with its old-worldy, fun vibe. You can learn more about beer from the bar staff and enjoy vinyl on the weekend. Along with the 12 craft beers on tap (plus a hand pump), there’s Beer-tails (beer-cocktail hybrids), barrel-aged spirits and Boilermakers.

And really, what’s not to love about that?