Etelek Returns With a More Far-Reaching Menu and Yes, Also That Amazing Langos 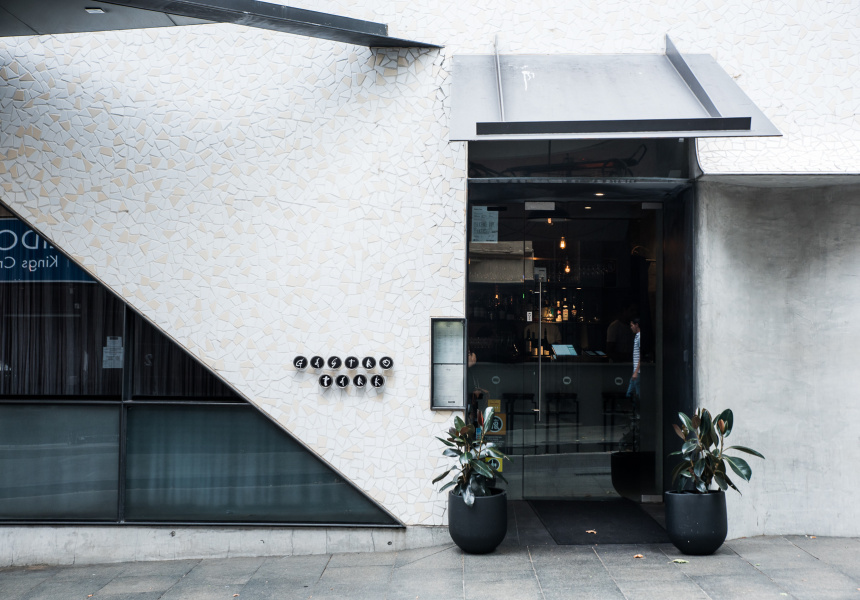 When Adam Wolfers (ex-Bentley; Yellow) and Marc Dempsey (Universal, 121BC, Cornersmith) started the Etelek pop-ups, their food was called Jewish and Hungarian. With the imminent opening of their next project, in the old Gastro Park space in Potts Point, they say that description is too simplistic.

“I don't want to be labelled the Jewish-Eastern European guy,” says Wolfers. “All the pop-ups are different. At Bar Brose it was Jewish stuff, at Casoni we had Italian flavours, at Ester it was Middle Eastern and North African – they’re all different. We're [always] trying to create [something new].”

Wolfers’s Jewish upbringing will still play a role in his food, but won’t limit it. The draft menu includes the exemplary parsnip schnitzel and Hungarian-style langos (a deep-fried flatbread) with a smoked sour cream Wolfers served at Bar Brose. But there’s also sea urchin and walnut dumplings, as well as pancake-like bread made with wattle and pickled fennel. “I've been really working on the breads. I like to get messy – like how I ate as a kid – just grabbing [food] and putting it on challah [Jewish bread],” says Wolfers.

The duo previously slid into functioning restaurants, but this will be the first pop-up they have complete control of. While Wolfers works on his Eastern-Mediterranean, Jewish-Hungarian menu, Dempsey will be building the bar and fitting out the “formerly austere” space with pink gaffer tape and a sea of vibrantly pink curtains that look like a flamboyant upside-down kelp forest. “We don't want any stuffiness in here – we want it to be fun,” say Dempsey.

He’ll be assembling a short wine list combining on-trend minimal-intervention bottles with more classic varieties. “Richer textured whites and lighter, more savoury reds. That includes rosé and oranges [skin-contact wine] – that's what works best with the food,” he says, adding there will also be a couple beers and cocktails, half classics and the other half a mystery.

We know Dempsey will be designing the drink mixes but there’s no tip on what they’ll be beyond “referencing some places I’ve worked at in the past”.

Although it all sounds like a fully-fledged restaurant, they’re adamant it’s just a pop-up at the moment. “We'd like to have something more stable in the long run but that's a long-term plan. Short term, these things are good. Right now, I just want to open and get through this,” says Dempsey. 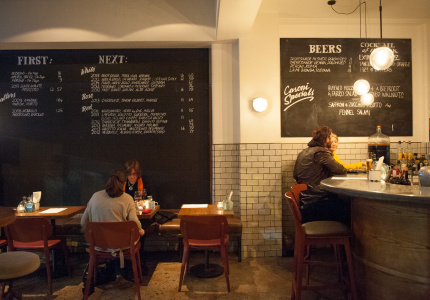