The Establishment Enters a New Era After 18 Years

Sushi E and Est are poised for a shake-up. Here’s what’s in store at Merivale. 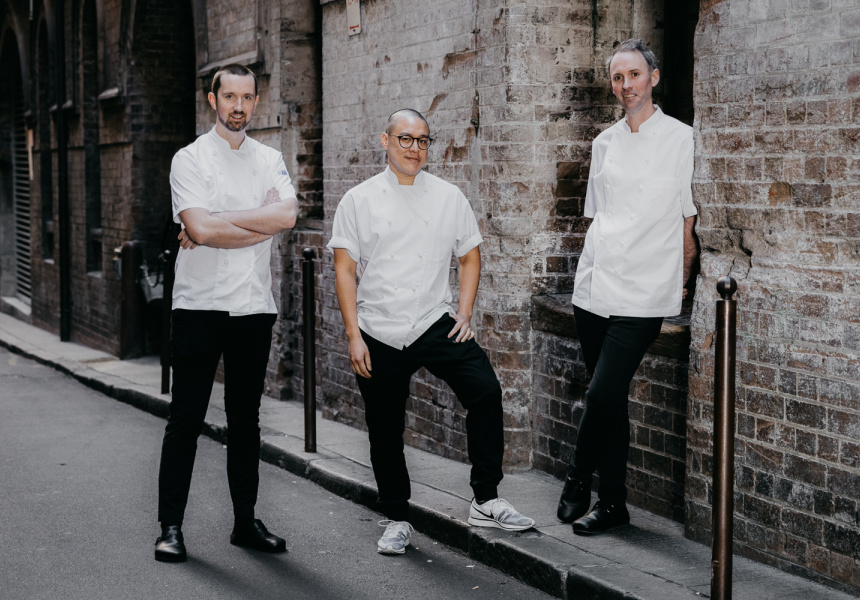 Merivale CEO Justin Hemmes doesn’t sit still. He is constantly shifting concepts and tweaking and improving offerings across his growing number of Sydney venues as a way to keep his hospitality empire relevant. The Establishment in the CBD is the latest to undergo a renaissance after remaining largely unchanged for 18 years.

Michael Fox (ex-chef de cuisine at the Hong Kong outpost of Italian restaurant Carbone, from New York) has joined the group as head chef of Sushi E, Jacob Davey has taken over Est restaurant and Dan Hong will be executive chef across all venues in The Establishment, including Palmer & Co and the main bar.

“When Establishment opened in 2000, it was a groundbreaking hospitality development, introducing Australia to the concept of multiple venues and experiences within the one premises,” said Hemmes in an official statement.

The changes at the fine-dining restaurant Est follow the news in June this year of Peter Doyle’s retirement. Doyle was at Est for 15 years and will continue to work for the restaurant group running its apprenticeship program, which will launch next year.

Davey worked beside Doyle for years, and now that he’s at the helm will usher in dishes including ama ebi prawn tartare; potato agnolotti with guanciale, braised onion, cured egg and smoked butter; and a beef bavette (slow-cooked beef cheek) with radicchio, radish, truffle and rye. For dessert there’s a valrhona chocolate mousse with muscat ice-cream, potato, prune and pumpkin. And a raspberry vacherin with buffalo curd, hibiscus, kaffir lime and raspberry sorbet.

“I have evolved the menu to feature more interesting proteins and I’ll be taking advantage of the ageing process where it brings an improvement in flavour and texture. [Plus I’ll use] different, unexpected flavour combinations and the best Australian produce we can get our hands on,” Davey said in an official statement.

Under Fox’s direction, Sushi E will offer an interpretation of contemporary Japanese food. While Fox’s most recent experience has been overseas, he began his career at Mount Lofty House in the Adelaide Hills and did stints at Melbourne’s Vue de Monde and Cecconi’s Cantina, also in Melbourne.

Sushi and sashimi will be prepared in front of guests, include a kombu-cured hiramasa kingfish with aged ponzu, shiso and sansho oil; Hokkaido scallop sashimi with acidic tosazu, daikon and finger lime; and crisp tempura sand whiting with shiso and lemon.

Hong is already a Merivale heavy-hitter – he has overseen the immensely popular Chinese restaurant Mr Wong, along with Ms G’s in Potts Point, where he was head chef for a number of years. He’ll now be across the entire Establishment precinct, working in the kitchens to collaborate on menus and helping to nurture talent. “I want to be known for the success of the chefs under me,” he said in an official statement. “I get the most joy out of seeing my chefs develop and grow into confident and talented leaders.”