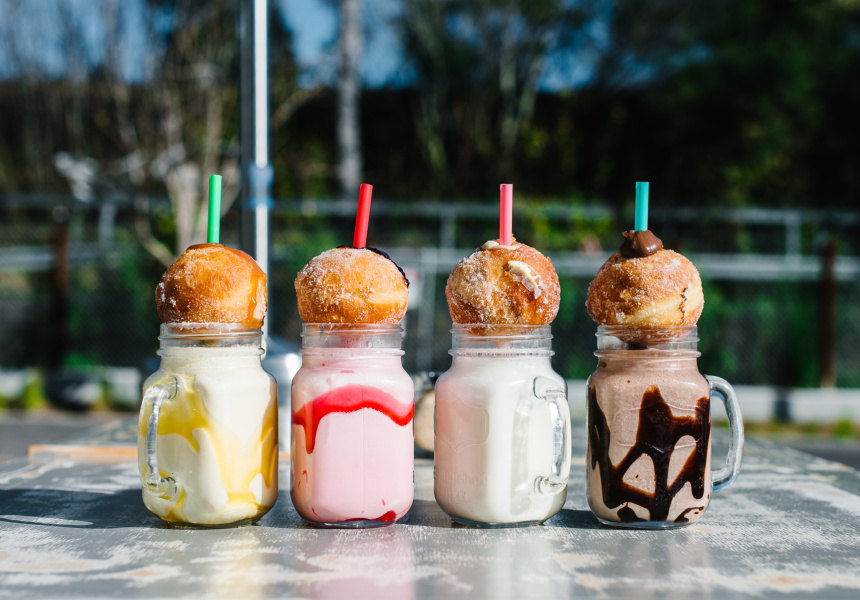 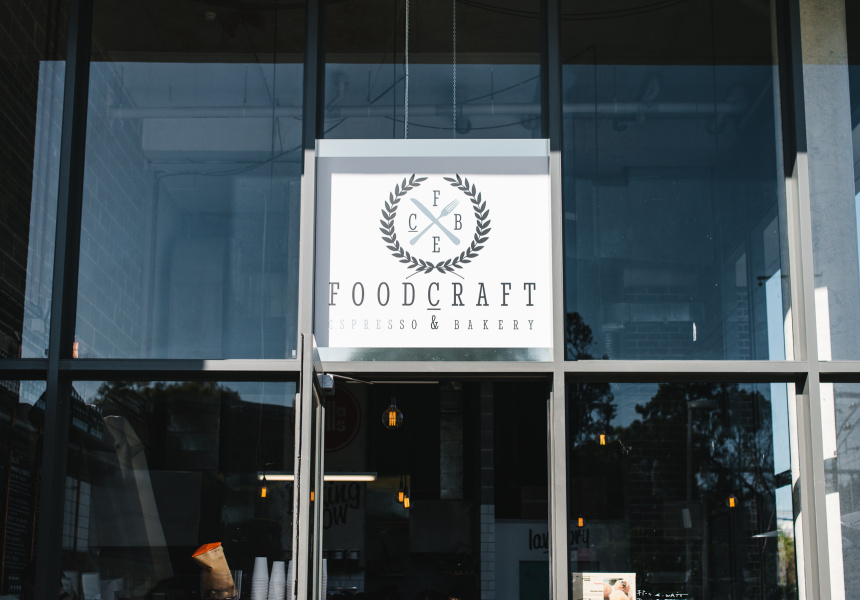 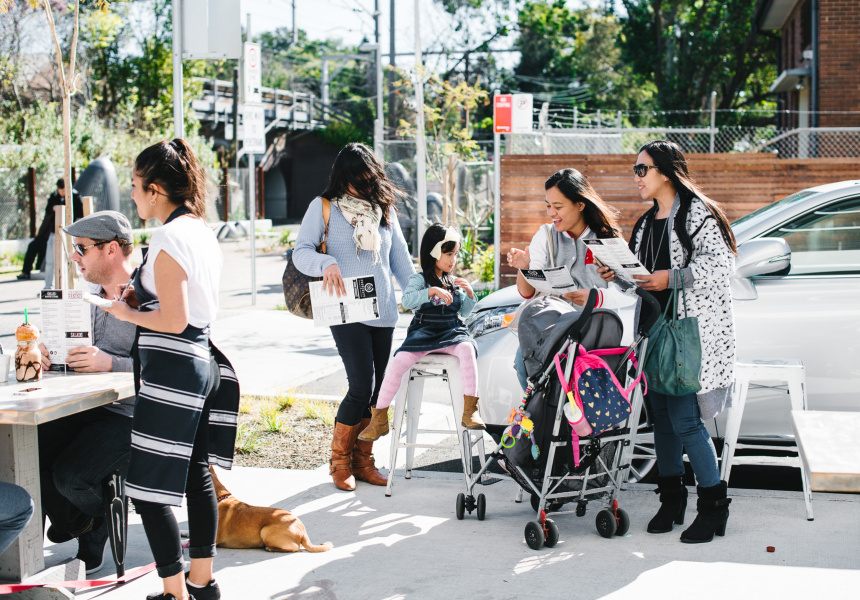 Behind Erskineville station, racks of doughnuts sit stuffed with Nutella. They await a delicious fate: to be impaled atop a dense milkshake. Foodcraft Espresso has struck “Instafame” with the Tella ball shake. Owner Aki Daikos and his pastry team have been going balls to the wall since an online explosion. He says, “In a week, I’d say we’ve gone through at least 300 kilos of Nutella.”

Daikos (owner of Vesbar Cafe and Gasolina Espresso) opened Foodcraft Espresso in May, alongside business partner Simon Kappatos. They now distribute the original Tella balls to more than 50 cafes across Sydney. It must also be said that Foodcraft Espresso also has a full breakfast and lunch menu. There is a clear Greek influence, a nod to Daikos’s heritage. “My favourite is the Mediterranean breakfast board,” he says. “We do a very good Reuben club as well.” The New York Reuben is the most popular of its golden sourdough paninis.

The bright, soaring corner space lends itself to slow mornings watching the trickle of stylish commuters. However, the Tella ball shake attracts long weekend lines. Daikos explains that the creation was born from kitchen spontaneity. “We were mucking around, and decided to put our two products together, the Tella ball and Nutella shake.” It seems that the silky Italian spread has always fixated Daikos. “At my other places, I used to put Nutella in my doughnuts. I kind of built a following as ‘Mr Nutella’.”

The Tella ball comes bursting with original Nutella, salted caramel, vanilla-bean ricotta or five berry jam and the milkshakes come in corresponding flavours too. The pastry team begins piping at one in the morning, and the doughnuts are selling out before noon. To accommodate the dough-hungry crowds, Daikos is looking towards his next project. “We’re opening up an amazing Tella balls dessert and gelato bar,” he says. “The first of its kind.” A location has been picked in Dulwich Hill and could be operational by October. Until then, be prepared to line up for a taste of Erskineville’s tastiest balls.