Order by the slice or walk away with a 22-inch pie. 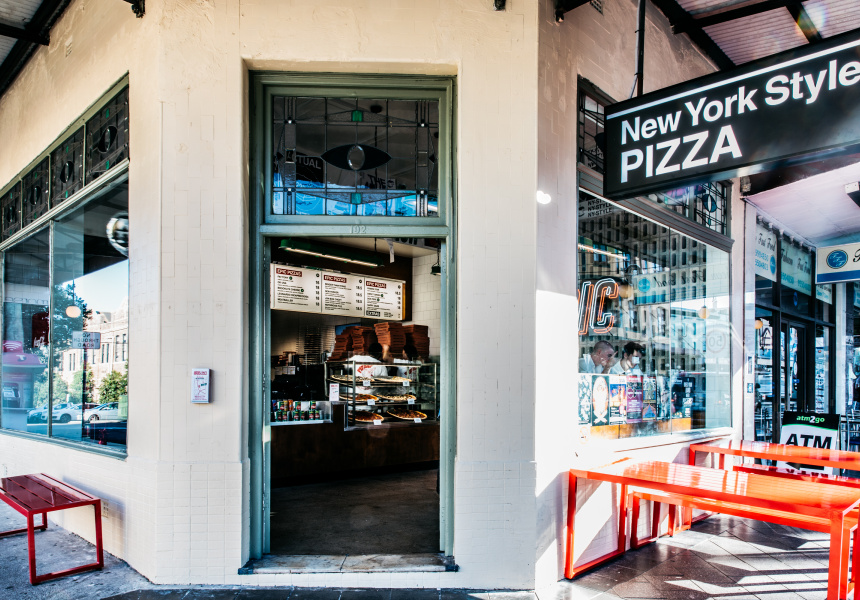 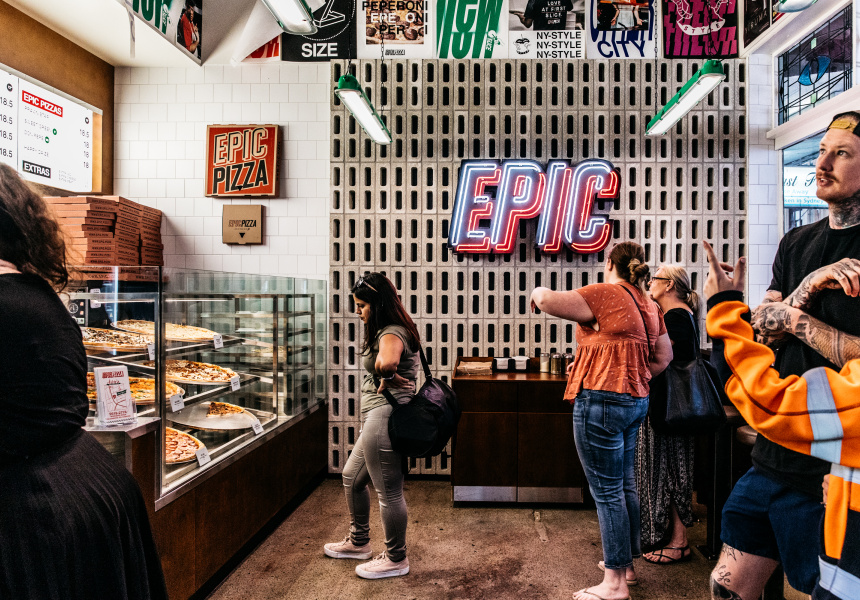 In order for a pizza to be New York in style it has to be cooked with a stone-bottomed oven to get an extra-crisp base says co-owner of Epic Pizza Damien Thompson. “A New York-style pizza needs to be thin and crispy and needs to be folded when eaten. One of the classic things about New York is being able to walk with a slice,” he says.

Like its other two stores in Darlinghurst and Drummoyne, Epic Enmore proves its pizza doughs for 24 hours. Its sauce is made using whole peeled tomatoes, basil, salt and olive oil before it's whisked – not blended.

“A lot of people tend to blend their sauces but it takes away the chunkiness that is found on New York pizzas, where the sauce tends to sit up on the base,” Thomspon says.

This dough and sauce is used for all the pies, which are available in three sizes: the standard 12-inch, 15-inch or the 22-inch. Or, do it New York-style and walk away with a single slice for $6.50. (Gluten-free bases and vegan cheese are also available.)

There are classic toppings, such as the Fat Tony (margherita), Ok USA (pepperoni) and Brooklyn Cheese (mozzarella, provolone, ricotta and parmesan), and creations they’ve invented, such as the Notorious PIG (barbeque sauce, bacon, pork sausages and jalapeno). The pizzas can be topped with extra shakings of chilli flakes and parmesan. There’s also the OMFG, a Nutella-loaded calzone with whipped cream.

Although this place is mainly for grab and go, there are a couple of seats (including some alfresco tables on King Street), where you can eat your slice with local brews from The Grifter and Young Henrys. John, who is also the director at The Anatomy design studio, has taken cues from famous New York pizzerias for the fit-out. There’s an italic neon “Epic” on the wall, a New York subway sign out the front, and custom-designed posters of New York-pizza culture, along with posters of bands, comedians and other events happening around town.

This article first appeared on Broadsheet on April 8, 2019. Menu items may have changed since publication.