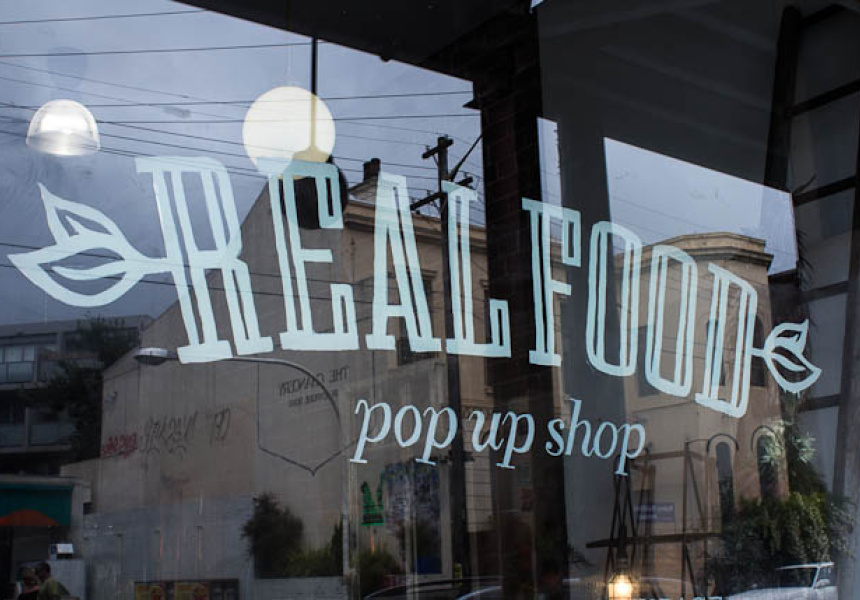 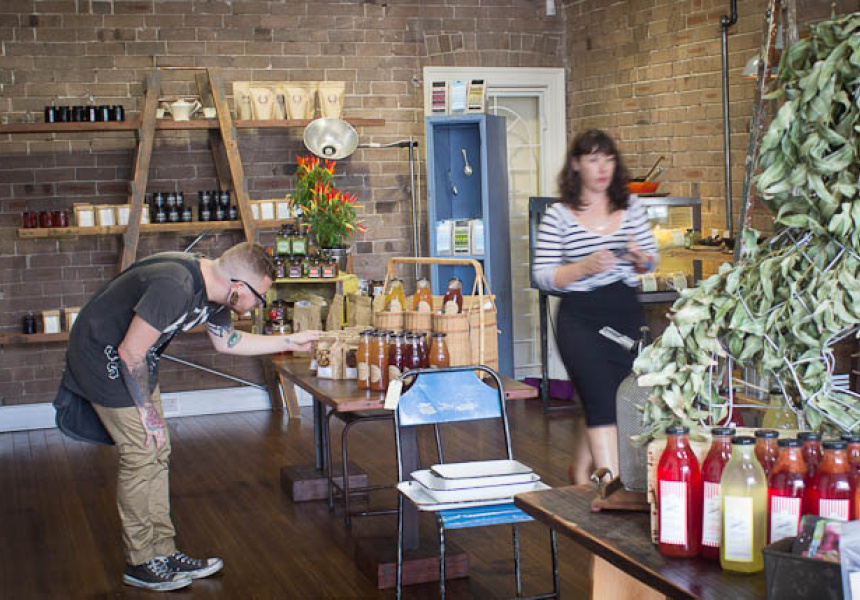 We covet the designers who create our clothes, immortalise them into celebrities and fashion icons. So why shouldn’t we care as much about who makes the food we put in our bodies, as what we wear on them?

This is what Kate Walsh, founder of Real Food Projects, believes. After working with global not-for-profit organisation Slow Food in the United States, consulting with the progressive Food Democracy Now group, and even working on farms, Walsh decided she wanted to fill the organic marketplace gap that was so very present in her hometown of Sydney. Enter the community venture, Real Food Projects.[fold]

Real Food’s second pop-up food store, Project#2, opened recently on Enmore Road (their first one was Darlinghurst last December), where nearly every food item stocked is from Sydney and every contributor is a friend of Walsh’s. Just as we were told as children to never take food from strangers, the parable still rings true today. “Eating is a political act, where you choose what food community you want to belong to,” says Walsh, something you might not have thought about if you’ve ever swapped quality for low prices.

“I know every person who has made food in this store,” Walsh says as she proudly strides around her boutique supermarket. And it’s true. There’s Vicki Brown and Doug Purdie from Urban Beehive, who have functioning hives on rooftops across the city. With each honey extraction, half the harvest is given to the roof’s owner as payments and the other half sold at farmers markets and stores like Real Food. There’s Hands Lane, owned by Matt Rothman, the head chef at Single Origin Roasters. Real Food stocks varieties of his chutneys and jams in the store, which are produced seasonally. In summer this means tomato chutneys and apricot and almond jams (complete with the apricot seeds attached to the jar, ready to plant).

Every product, from the homemade pasta sitting in the humming freezers, to the multi-coloured marshmallows ready to sample, have a story behind them, waiting to be heard as much as they are waiting to be eaten.

In addition to the store, Walsh is about to commence a program of cooking classes and demonstrations using the suppliers that stock the store to impart their knowledge.