The second official food truck has hit the CBD, bringing barbecue, buns and art to the city. 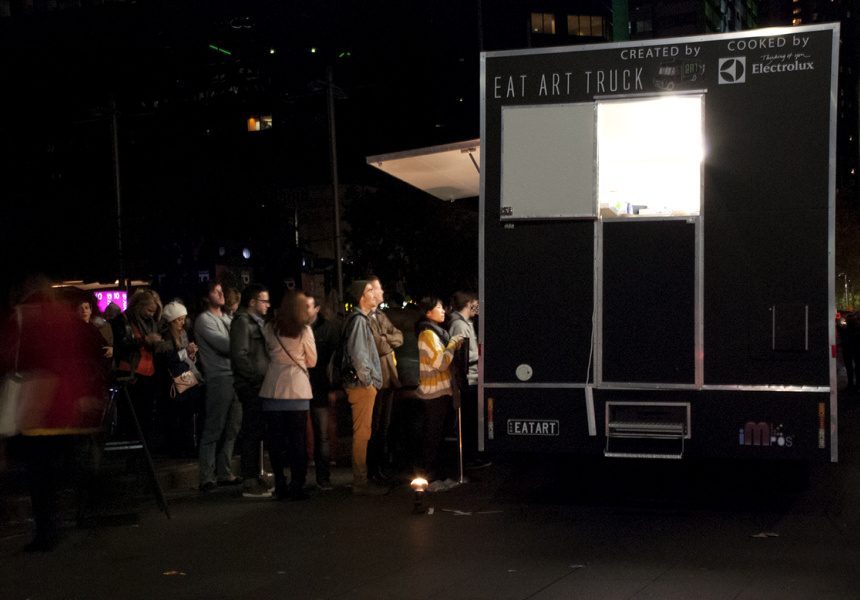 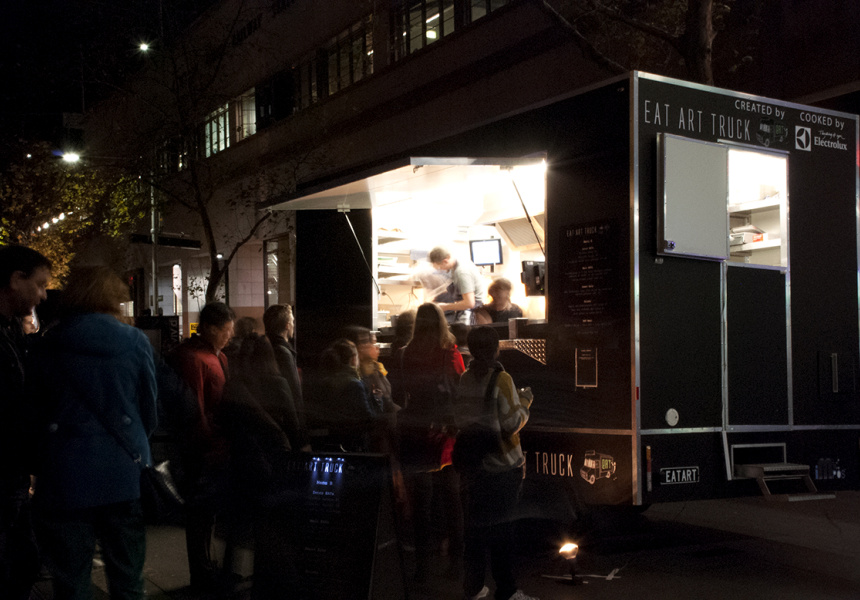 There’s no doubt about it – food truck mania is in full swing with the second official food truck hitting the streets as part of the City of Sydney’s 12-month trial.

Cantina Mobil was the first, but Eat Art Truck wasn’t far behind, officially rolling out over the weekend to huge anticipation. Stationed in the Customs House forecourt on Saturday night, the truck sold out to crowds hitting the streets for the Vivid Festival, which perfectly complimented the truck’s art theme.

With a changeable canvas of street art (currently occupied by first artist off the rank Phibs, these guys are bringing art and good food to the kerb.

“It’s so exciting to finally be out,” says Stuart McGill, the chef behind the wheels at Eat Art Truck. “It was really amazing to be out there [for Vivid], we felt dwarfed by everything that was going on, but it was a great vibe.”

Considering he was previously sous-chef at Tetsuya’s, it’s no wonder late night foodies are queuing up for this food truck.

“I’d recommend one of the buns,” says McGill. “We’re eclectic with our menu, but there’s a bit of a barbecue theme, from the south. Definitely try either the barbecue beef or pulled pork bun. It’s roasted for 10 hours.” Other eats on the menu include Shichimi wings, kinpira salad with edamame, and hot chocolate cake with dulce de leche and salted peanuts. You can even pick up a picnic rug from these guys for $18.

Eat Art Trucks is on the streets now check out twitter and Facebook for more details on when and where the Eat Art truck will be cruising.