Who’s open early to meet our coffee needs when we need it most? 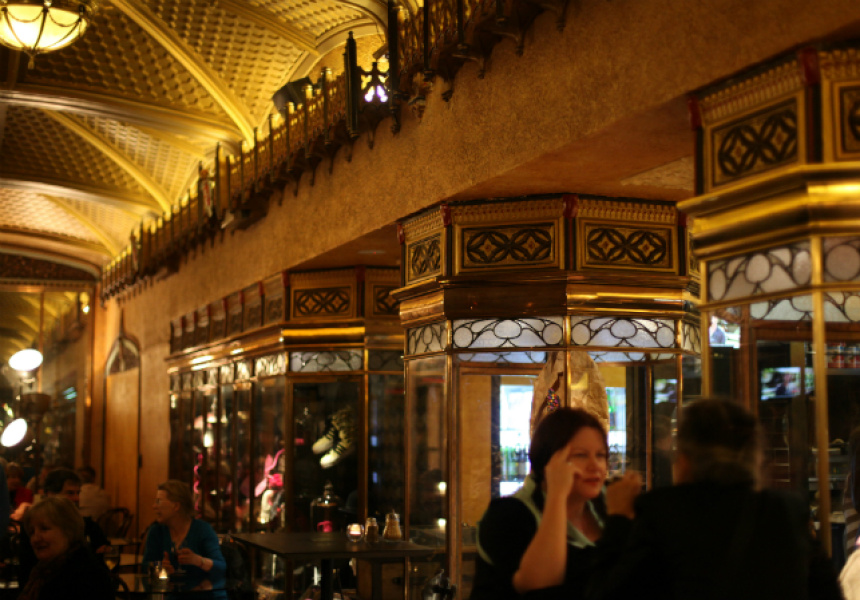 While most of us are still tucked up warm in our beds hoping for a couple of extra minutes under the covers, there’s a small group of dedicated baristas making sure the machines are running for the early risers.

“Between 6am and 8am is when we really get to chat to our customers,” says Joe Pags of Brooklands Coffee Co. in Martin Place. Pags is ready for business at 6am, even in the cooler and darker months. He says there’s no slow in trade despite the later sunrise. For Pags, there’s something particularly friendly about the early start.

“People aren’t in such a rush in the early hours, but at 8.30am they are, they’re already running late. You can build relationships early in the morning. It’s nice and it creates more of an Italian coffee-bar vibe at those times. People stay for a chat and we have a standing coffee bar, so it gives it a nice atmosphere.”

Mark Dunne at Nook Urban Fresh Bar on Clarence Street finds a similar thing with his 6.30am opening. “We open the doors at 6.15am for our regulars who start work early. But officially our opening time is 6.30am.” He says. “We are busier in summer with people using their flexi time and coming in early so they can go home early, but it’s busy in winter too. We’re the only place on Clarence Street open at 6.30am. It’s nice, people come and have a chat and we know where they work and we get to know them.”

There’s even a kind of loyalty that builds up when you see each other first thing in the morning. “Often they come back at 8.30am for a second coffee on their morning break. We like it, and they appreciate coming back to the same place, we get familiar with them and we know their order.”

But it’s not just about having the doors open early. Nook might be the only cafe serving it up so early on Clarence Street, but Dunne does not take that monopoly for granted, paying special attention to making sure the machine is warmed up.

“We’re ready to go when we open. All our furniture is out and everything is ready. We put out the best coffee around at 6.30am. Other cafes might open their doors at 7am, but often they haven’t even tasted the coffee and what they’re serving [to early customers] just isn’t up to scratch.”

Bearing in mind it takes a special kind of dedication to open your doors early on a cold, dark morning, we scouted around and made a little list of places that will help you kick start your day.