A Drink at The Bearded Tit

Another contender has joined the growing clutch of small bars on Redfern's fringe. 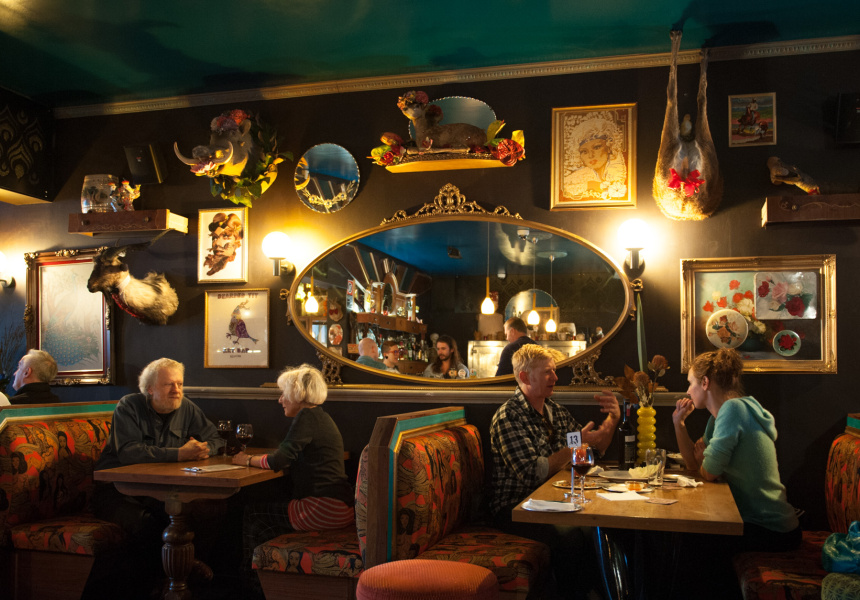 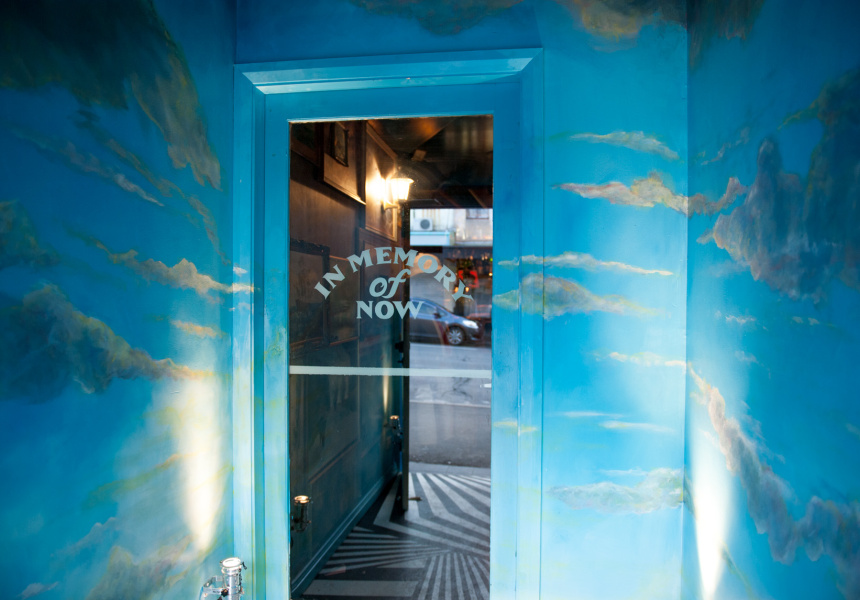 On Regent Street in Redfern’s rapidly gentrifying periphery, The Bearded Tit is a beacon among the drab assortment of paint stores and car yards further towards Alexandria. A sign reading, “Free love, not free beer” greets visitors on entry, above a glass box displaying a collection of knitted penises.

The knitted phalluses are just one example of the local art on display. The bar offers a month-long residency for artists which covers a meal each evening and half-price drinks. “The idea is they can hang out and develop their work,” says co-founder Pete Manwaring.

The bar, named after a variety of bird, is a collaboration between three friends who met through performance art. “It’s all about openness, says Manwaring, “connecting people who might not otherwise hang out together.”

The interior is fitted with a selection of circus-inspired paraphernalia; taxidermied half-animals hang opposite old carnival posters in the dim light. In the bar’s front, a stage area is ringed with mirrors where Manwaring says live music will soon take up a regular spot. “We have to find a balance between live music and ruining it for people who just want to come in and chat,” he says.

Behind the bar there’s an array of beers on tap, including Murray’s Craft ale, a 15-year-old collection of South Australian wines, as well as a list of cocktails such as the Cherry Bomb and the Hail Mary (a “religious experience”). If you get hungry, nearby restaurants will deliver straight to the bar.

With a soundtrack to match, the relaxed atmosphere is one of a parlour in mid-century New Orleans. It’s also part of a community that Manwaring has called home for 13 years. “It's working,” he says of the area’s diversity. “That's what I'm most proud of. Old and young, gay and straight. Everybody.”