New ownership has some ambitious plans for the troubled brand. 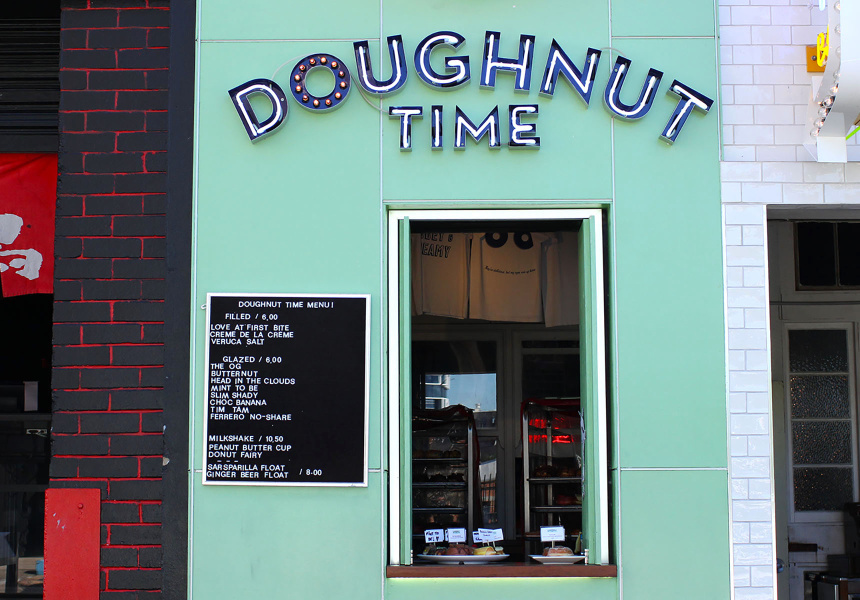 It’s back. After underpaying workers, store closures and an 11th-hour rescue plan that ultimately amounted to nothing, Doughnut Time is rising from the ashes under the new ownership of Brisbane's Peter Andros. (Doughnut Time originated in Brisbane). Andros has more than 10 years of experience working with food brands in Australia and abroad.

“We’re coming back and we’re bigger and better than ever!” the post said. “Your favourite sweet treats will be returning to Aussie shelves once again. We’re talking your original favourites, plus vegan, gluten free, high protein and keto options! Follow us for flavour updates and exciting new store openings.”

In a comment in the same post, the new Doughnut Time distanced itself from past troubles, saying: “We think what happened to past employees is unacceptable. We encourage any previous workers who have not yet done so to reclaim unpaid wages by contacting the Department of Jobs and Small Business.”

Current plans are for eight stores to open in the next two months with leases secured for The Myer Centre and South Bank in Brisbane, Burleigh Heads on the Gold Coast, and Degraves Street and Fitzroy in Melbourne. It’s expected a handful more will roll out in Sydney and Melbourne before the end of the year.

In a media release supplied to Broadsheet, Andros vowed not to repeat the mistakes of previous owner Damian Griffiths.

“I think people miss the product,” he said. “I was one of the people standing in line for fresh doughnuts, and when Doughnut Time went under, I saw an opportunity to save a great Brisbane-born brand.

“It’s no secret that the previous owners expanded too quickly,” Andros continued.

“Nobody from the previous ownership is involved with our relaunch of Doughnut Time, and our team plans to adopt a ‘start small’ approach to operations.”

“We strongly believe in the Doughnut Time brand and its value in the Australian marketplace,” Andros said. “Doughnut Time products are iconic, fun and we look forward to bringing them back better than ever before.”