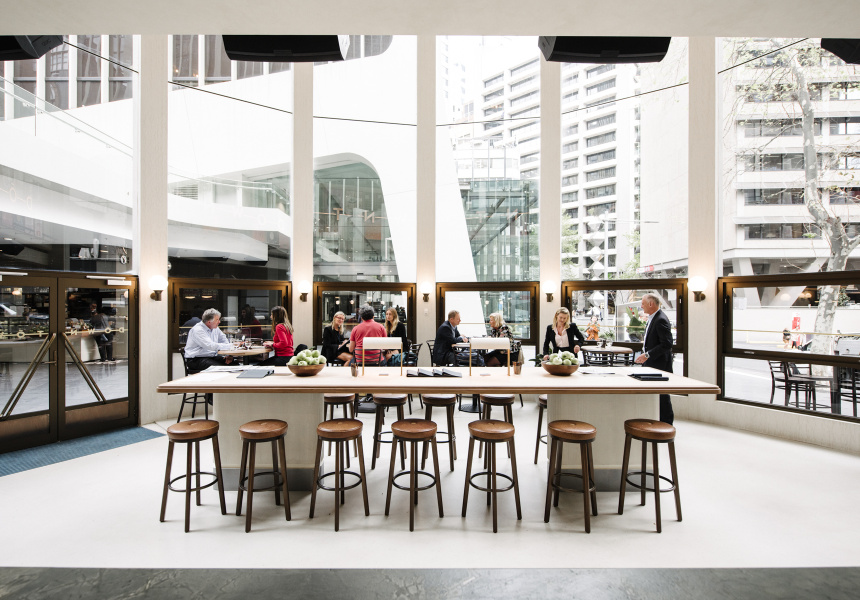 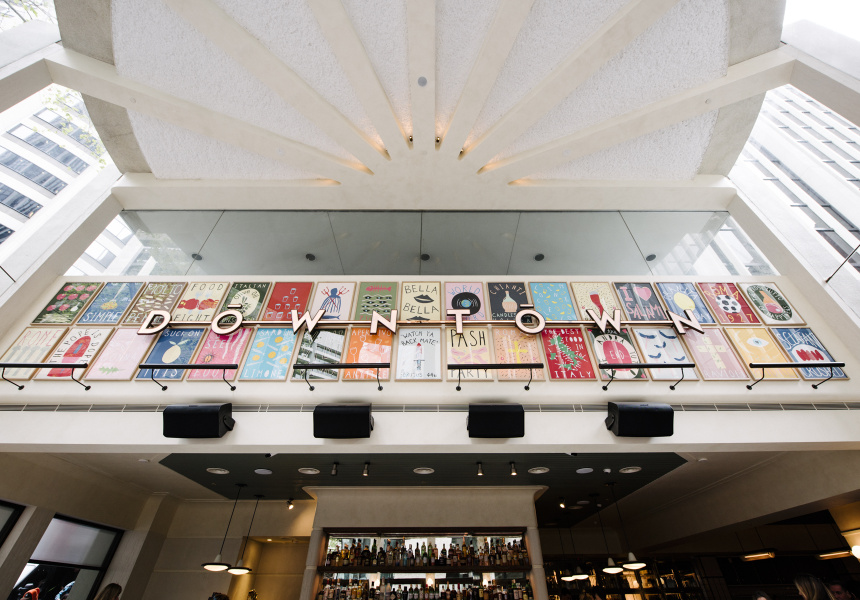 This is what Fabio, an energetic Neapolitan waiter, says as he frees plates of antipasto from under his arm and fans them across our table at Matteo Downtown – Double Bay’s cosmopolitan city cousin, just off Australia Square in the thick of Sydney’s CBD. He’s quick to introduce each dish as if he made it himself: fluffy stracciatella (buffalo-milk cheese) crowned with crudo prawns; cow-milk ricotta with Wagyu bresaola; and a beef tartare that gives Restaurant Hubert a run for its money.

It’s 12pm on Friday and tables shimmer with Martini glasses topped with olives; office workers in smart suits queue for a seat at the marble mozzarella bar; while waiters in white dinner jackets fillet whole fish in a dining room that seems to spin with atmosphere.

Co-owners Adam Abrams (The Island), chef Orazio D’Elia (former head chef and co-owner of Da Orazio Pizza + Porchetta in Bondi) and Eddie Levy of the Adored Group (Lobo Plantation, Kittyhawk) have gone big on the second instalment of the Matteo brand, which looks to the legacy of the great metropolitan restaurants of Rome and Milan for inspiration. “Double Bay is a holiday spot; this is where people work and have meetings,” says Abrams. “It’s mature, which also signals where we’re at as a group.”

It feels sunny in the 600-square-metre restaurant despite the grey backdrop of high rises. A mural of 44 playful artworks by Sydney artist Daimon Downey is partly the reason, luring people’s attention with puns and innuendos that read “the prosciutto of happiness” and “the DJ is about to rocket.” An open terrace with street-facing tables salute Rome’s great piazzas, but rather than looking at the Egyptian obelisk of Ramses II, you’re gazing at Harry Seidler’s modern masterpiece.

Matteo Downtown offers the informality of a cafe but has the polish of a fine diner, and the steady stream of people vying for seats one week in might indicate there's a solid market for people looking for somewhere smarter than a food court for lunch.

In the morning there’s about 15 styles of Italian pastries, such as egg-and-bacon rolls, panino dolce (sweet buns) and pasticceria-style croissants. A sit-down menu can also be taken in the dining room, which features “uova in purgatorio” (tomato passata with slow-cooked eggs) and a breakfast-style cacio e pepe, or scrambled eggs with pecorino and Italian pork sausages.

“We’ve had to have a few breakfast meetings and found ourselves sitting in daggy lobbies of office towers. We realised there was nothing at this end of town [with this offering] and decided it was perfect for us to take on,” says Abrams.

At aperitivo hour, which stretches from 4pm until 6pm, staff steer trolleys lined with Italian wine (commanded by head sommelier Chiara Danieli from Guillaume), Negronis and spritzes, with complimentary snacks. “Most people are overwhelmed by the free food ... That’s the true Italian style,” says Abrams.

Fans of D’Elia’s Naples-style pizza will be happy to hear he’s installed two custom ovens, which he uses to dish out doppio lievitazione, pizzas made with dough proved twice so there’s no yeast. It results in pizzas that are light and elastic. But that’s where the resemblance to Double Bay ends. The menu is a trajectory through Italy’s regions. “This is a restaurant you’d find in the big city in Italy,” says D’Elia. “The menu therefore should reflect dishes from each region; just like in the city you get workers from everywhere … it’s very international,” he says.

And then there’s the mozzarella bar. D’Elia grew up in the Campania region of Italy, around Naples – which is known for its buffalo – and he’s worked with Australian cheese company La Stella Latticini (in Auburn, in Sydney’s western suburbs) to deliver fresh batches each morning. D’Elia keeps the cheese out of the fridge so it stays at room temperature. “That’s the way mozzarella should be eaten,” he says. “It’s special. When you squeeze it you see drops of milk coming out, that means it’s fresh.”

This article first appeared on Broadsheet on September 25, 2018. Menu items may have changed since publication. 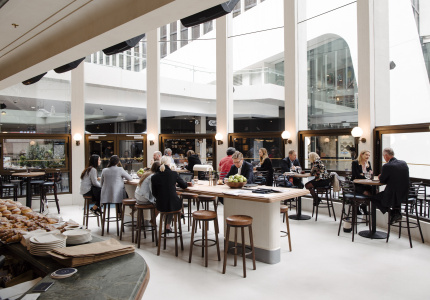 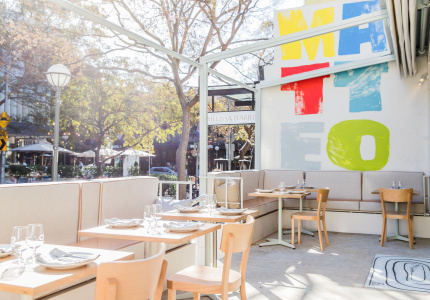 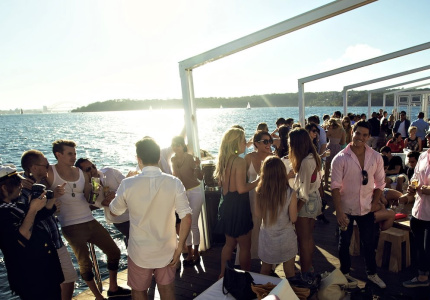