A Lofty Drink in Manly 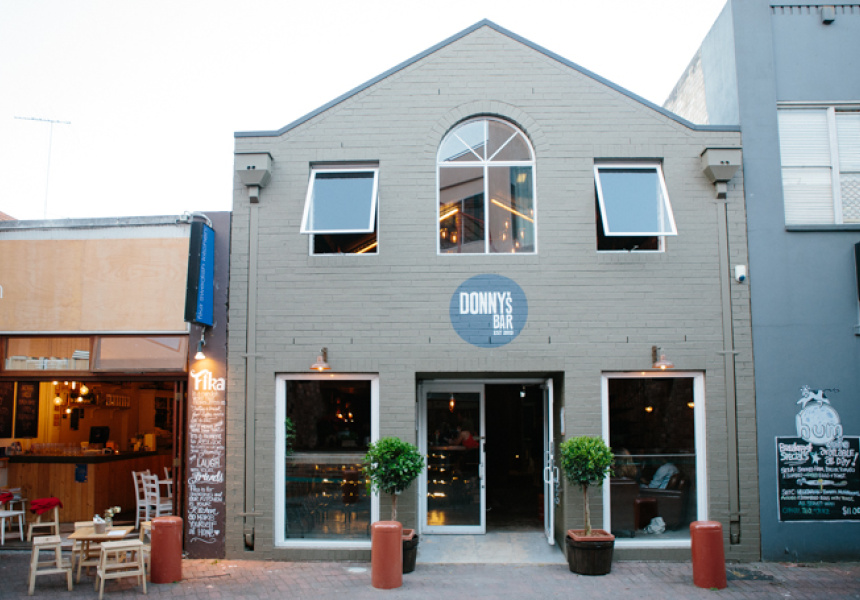 Manly local Matt Clifton felt something was missing from the north side: New York City. Clifton decided to rectify this terrible oversight with Donny’s, a little bar that wouldn’t be out of place on the Lower-East Side. “I lived in New York for a few years, and the inspiration from some of those bars really fuelled here,” admits Clifton. “It’s very industrial, very loft-style.”

The former lieutenant to Justin Hemmes, Clifton decided Manly was ripe for a small bar-scene. “You work for somebody else in hospitality, your ultimate goal is being able to start something yourself,” Clifton explains. “There’s no real small bar community vibe in Manly. We’re about five years behind anywhere else, so it’s a perfect opportunity.”

A modern-Australian bar snacks menu with a focus on dumplings joins a wine lineup with highlights from Orange and Mudgee. Tap beers are supplied by New Zealand favourite, Montieth’s, while local brews like Murray’s and Four Pines can be found in a bottle. “I don’t want to be commercial,” explains Clifton. “I don’t want to string along commercial beers and commercial wine.”

While Donny’s has only been open for a week, Clifton’s convinced that Manly’s up for a slice of NYC: “It’s always a bit of a risk to be the first person to delve in,” he says. “But it’s unreal. The feedback from Manly has been quite impressive.”