We head to the west coast of the USA to sit down in the kitchen at Goldie’s, where Sydney chef Thomas Lim is turning his hand to light and fresh Californian fare. 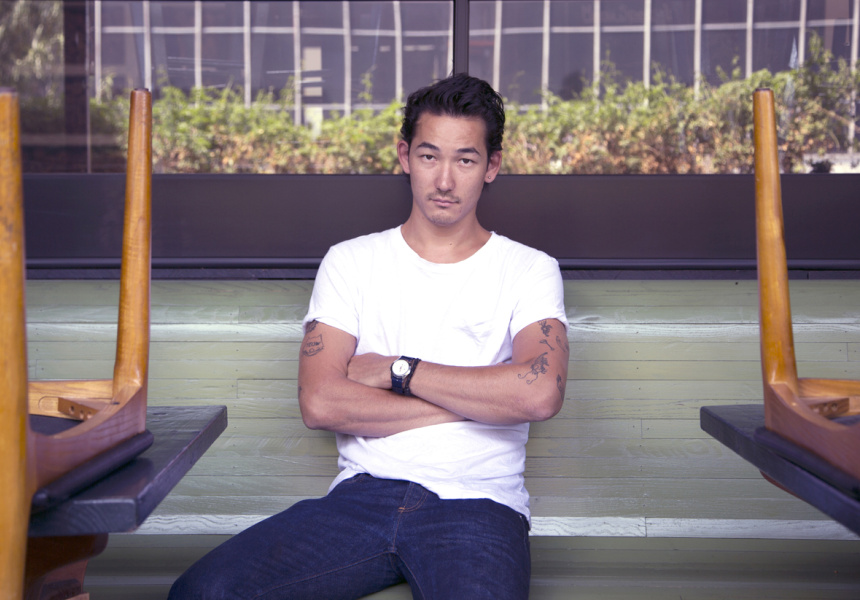 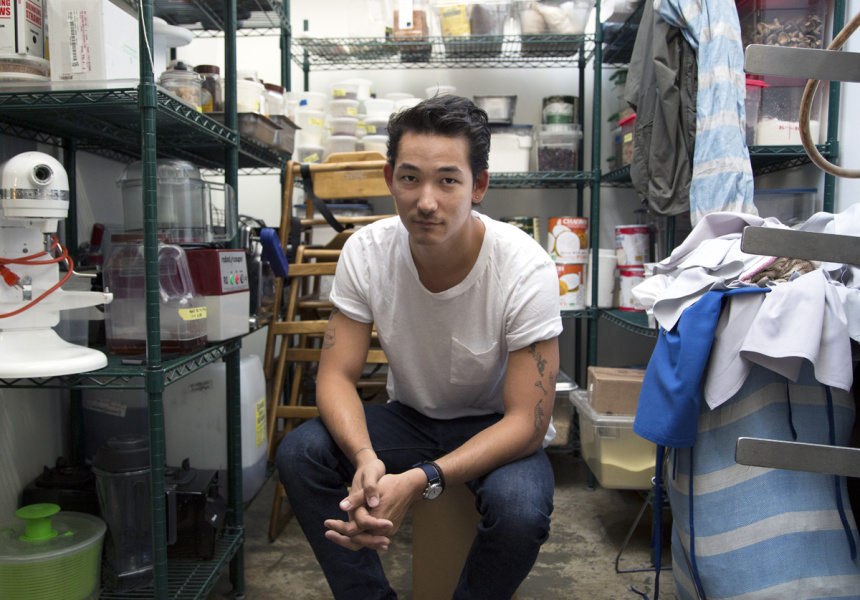 “Everyone always says the transition is so easy, but they’re completely different places,” says LA-based Australian Thomas Lim, of the similarities between Los Angeles and his previous home in Sydney. “Sure, the weather is comparable, but in terms of the people, how they operate, and the restaurants, they’re polar opposites.”

Lim, or Limbo as his friends call him – originally from Perth with an Irish mother and Malaysian father – moved to Sydney when he was 18 to start cooking school. Since then he spent time as an apprentice at renowned Japanese restaurant Tetsuya’s, got fired, opened an underground restaurant in his house and became head chef at Surry Hills dude-food bastion Duke Bistro when he was just 24 years old. He was then involved in TOYS, a collective of young chefs that included Darren Robertson (Three Blue Ducks), Adriano Zumbo, Dan Hong and Morgan McGlone (recently the chef du cuisine at Sean Brock’s Nashville restaurant, Husk).

In 2012, part owner of Duke Bistro, Nick Mathers, offered Lim a change of scene. First at two New York cafes Mathers had an interest in and then offering to helm the kitchen at his newest venture: Goldie’s on Third Street in West Hollywood.

At 28, Lim looks young, but speaks with the confidence and experience of his decade-long cooking career. As we chat in the closed restaurant on a Monday, I notice small tattoos up his arms: prawn cocktails, kitchen knives and greetings in the different languages of his parents.

“The cooks here are a different breed to anywhere else I’ve seen in the world, from different kitchen jargon to the fact they don’t use the metric system,” he says, before going on to say he makes his kitchen measure everything in grams and millilitres. “They go to a cooking college straight out of school and have no practical work, and then they jump into a kitchen and expect to be a sous chef. It can be hard to find good help.”

That said, Lim hasn’t had much trouble getting his desired result in the kitchen at Goldie’s. Open since March 2013, it's a small, 70-seat restaurant with an earthy feel. There's wood panelling and shelving that splits the rooms, a display of logs at one end, an impressive bar and outdoor seating on the green patio at the front flanked by verdant, leafy walls.

Though Lim doesn’t like to label the kind of cuisine he cooks at Goldie’s, it's a very vegetable-driven menu. “I think we eat too much meat and need to eat more fish and vegetables, so that’s what the menu is here. It reflects my appetite and what I want to eat,” Lim explains.

Nearly 70 per cent of the produce is cooked in an open hearth that burns coal and wood, giving the food a smoky, slightly charred flavour. Idaho trout is served with bone-marrow broth and spring vegetables, the hanger steak comes with leeks, mushroom conserve and wild greens. Smaller plates of Tuscan kale and kohlrabi, roasted carrots, corn and crudo of celery and ramps accompany larger dishes. Plates of watermelon and hot sauce are served as snacks. And though he’d never say it, it’s all very “SoCal” – fresh, light and full of flavour.

What Lim loves most about his new Californian home is the close relationships he has with farmers. “We have one farmer, Anna, who now only supplies to us at Goldie’s and Eveleigh (the popular West Hollywood bar, also part-owned by Mather),” says Lim. “I never really had that relationship in Sydney with my suppliers.” It’s the same with fishermen, Lim continues as he talks of a recent dish he made with cape cod served with seaweed butter, Manila clams and foraged greens. It’s a dish that reminds him of growing up in WA, going out to Rottnest Island and throwing in a line to catch whiting for breakfast.

Though evenings are best at Goldie’s, it’s Lim’s brunch menu that features the Aussie favourites, with dishes such as bircher muesli and avocado on toast. “Breakfast is really the crux of a good Australian cafe – a nice cafe with friendly staff, great coffee and good, clean food – and that’s the general trend America’s taking on now,” says Lim. “You look at some of the brunch offerings they have here, like spaghetti bolognese with scrambled eggs. Nobody wants to eat that for breakfast. I certainly don’t.” 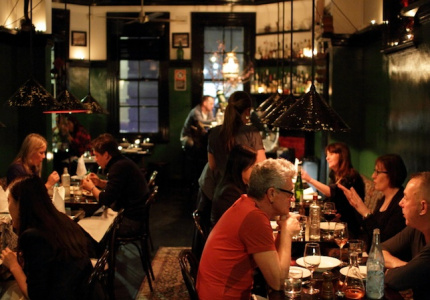