A Different Kind of Farm in Byron Bay

A moment of mild family panic inspired a sprawling farm, co-op and educational resource. In partnership with Mastercard Priceless Cities, we unearth how The Farm became so much more than one family’s attempt at self-sufficency. 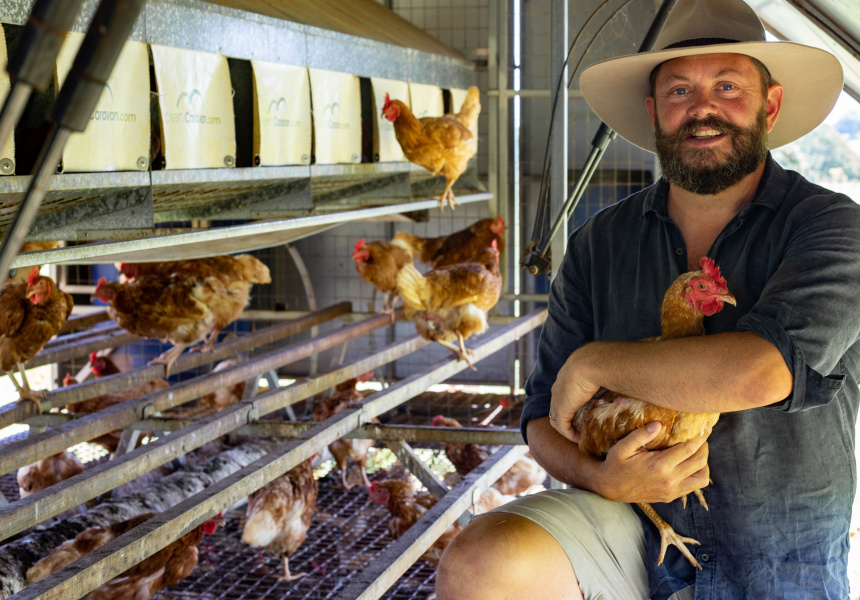 Tom and Emma Lane grew up on farms, in Australia and England respectively. When the now husband and wife settled on a farm in Federal, a small town 25 minutes outside of Byron Bay, the plan was to be self-sufficient.

They bought chickens, ducks, pigs and lambs, and grew about 60 per cent of their own food. “We attempted to grow as much as we could for our family,” says Tom. But one day their eldest daughter, Matilda, who was three years old at the time, went missing briefly somewhere on the farm. The couple spun into a mild panic until they found her in the vegie garden picking and eating green beans.

“She was sitting down with her T-shirt stretched out to collect a pile of beans and was eating them like chips,” says Tom. The couple recognised their daughter was eating the very same beans she’d helped plant. “We thought, if we can do this sort of thing for Matilda we can probably do it for a lot of other people too.”

That thought inspired them to create The Farm, a paddock-to-plate farm, nursery and restaurant in Byron Bay. It comprises Three Blue Ducks (a Byron outpost of the popular Sydney restaurant), a dairy farm, a bakery, a produce store, two nurseries and a gelateria, and it offers kids activities, adult workshops, horseback tours and private venue hire. Now, four years since opening, the 80-acre property is a busy fixture in the area.

It also contains a number of microbusinesses bound by the Lanes’ philosophy of “grow, feed, educate”. Tom says around 5000 children have visited the farm to learn about food. “We’re not only educating people about where their food comes from but also the idea of sustainability,” he says. “What do you grow? Do you compost? We run a whole bunch of workshops on everything from pastured eggs and pastured pork to biodynamics, apiaries and bees.”

When asked if everything served at Three Blue Ducks is from the property, Tom says it’s the other way around. “Everything we grow – which is about 20 tonnes of veggies a year – goes through our restaurant or produce store,” he says. Where it’s not possible for them to use their own stock or produce, they will source the best quality suppliers from the area. “Because the restaurant is so popular, we’re supporting about 20 or 30 other local farms and farmers in the region,” he says.

The menu is not so much seasonal as flexible according to what might be flourishing on the farm at any given moment. “We could have an abundance of something we need to deal with,” says Tom. “The other week it was eggplant so the restaurant did this amazing special of szechuan eggplants.”

The beauty of a place like The Farm is that it allows customers to see how the paddock-to-plate philosophy plays out in real life, step by step. “They can see the animals and produce and by the time they get back to the restaurant they can say, ‘Oh here’s the corn I saw growing,” says Tom. “It’s that visual connection of saying this is a real working farm, and then sitting down and eating.”

While curious visitors are welcome year round, the Lanes will soon host a special tour and brunch for select guests, who will discover the breadth of the operation in detail. Visitors will enjoy a guided tour of the property, meet the animals, enjoy brunch at Three Blue Ducks, and receive a signed copy of The Farm Community book by Tom and Emma Lane. 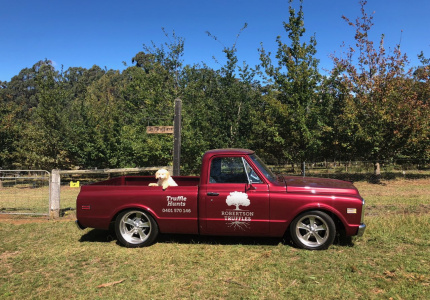 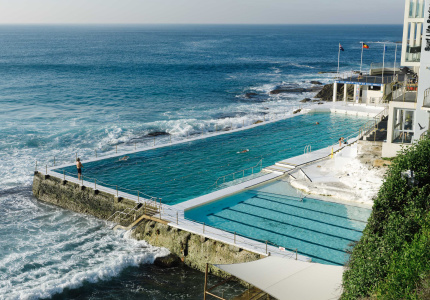