We’ve worked with some of our favourite cafes to create unique lunch dishes, in partnership with PHILADELPHIA cream cheese. This new Sydney venue is serving an all-day item inspired by dessert. 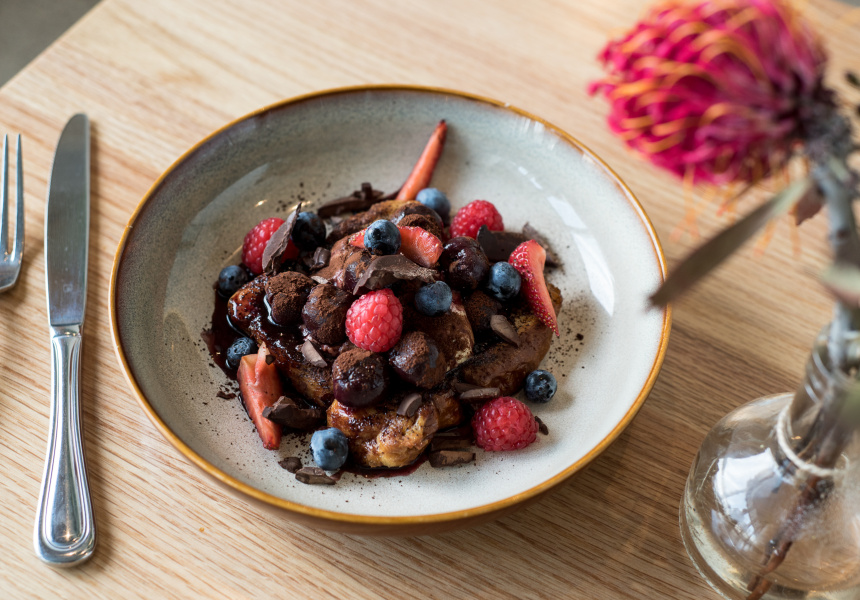 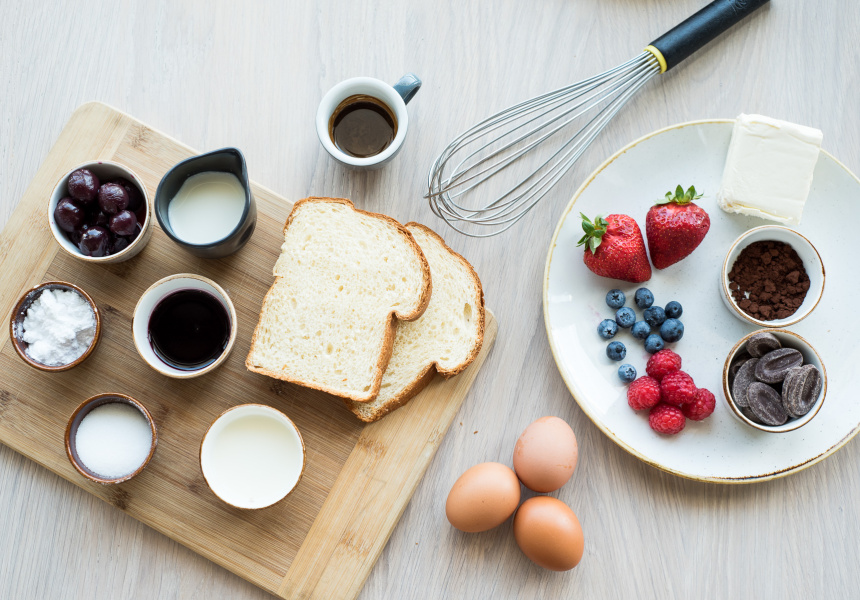 A new dish at Left of Field cafe in Rhodes sounds more like a late-night indulgence than a brunch item.

The cafe’s new French toast pairs Philadelphia cream cheese and coffee mousse, with brioche soaked in egg and then pan-fried. It’s finished – in a nod to Black Forest gateau – with kirsch-soaked cherries and chocolate shavings.

It’s the Philadelphia cream cheese that holds the dish together, says head chef Ashley Patfield. “It adds a creaminess that counteracts the dry elements, making the dish work as a whole,” he explains. “Its smoothness and light flavour means it’s very versatile and works well with sweet ingredients.”

Despite its dessert-like origins, Patfield’s brioche French toast is available until 3pm on Left of Field’s all-day menu. The cafe offers a “fresh, seasonal and creative take on Australian daytime classics,” says the cafe’s co-owner Matthew Abi-Arrage. “We would like to think it’s accessible and appealing to everyone. We like to use inspiration from all cuisines to ‘twist’ popular dishes.”

For those curious to attempt Patfield’s French toast at home, the chef advises starting with the Philadelphia cream cheese at room temperature. Then whip it until it resembles meringue. “This will add stability to the mousse as well as lightness,” he says. Another tip is to drain the excess egg mix off your brioche to make crispier toast. “Do a few trials with small pieces to make sure your butter is at the right temperature.”

The Brioche French Toast is available in-house for a limited time. Here’s how to try this recipe at home.

Fold half of the whipped cream into the Philadelphia cream cheese mixture, then repeat. Place in piping bags and refrigerate.

Combine the cherry syrup and kirsch in a pan. Reduce to 30ml.

Brioche French Toast
Beat the eggs and sugar in a bowl, add milk and set aside.

Soak the brioche slices in egg mixture for five minutes then drain off any excess.
Heat butter in a non-stick pan and fry the brioche until golden on both sides. Keep warm.

To serve
Place a small amount of the Philadelphia cream cheese mousse on a plate, followed by one piece of the fried brioche. Cover this with more mousse, some kirsch syrup and another slice of brioche, then dust with cocoa.

Finish with more syrup, chocolate shavings and fresh fruit decorated around the plate.