Waves crash over crumbling sea baths and tropical flowers bloom… A day trip to Austinmer will have you dreaming of packing up and moving to the coast. 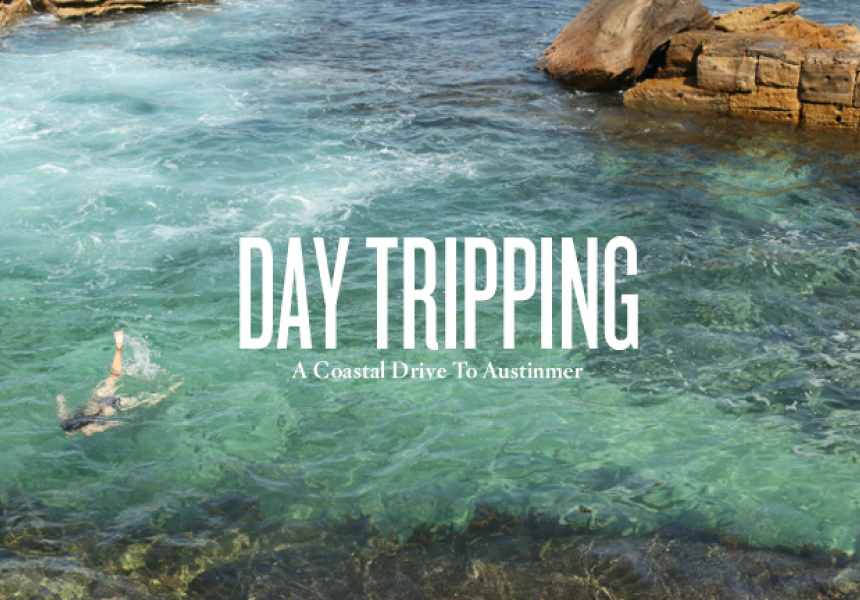 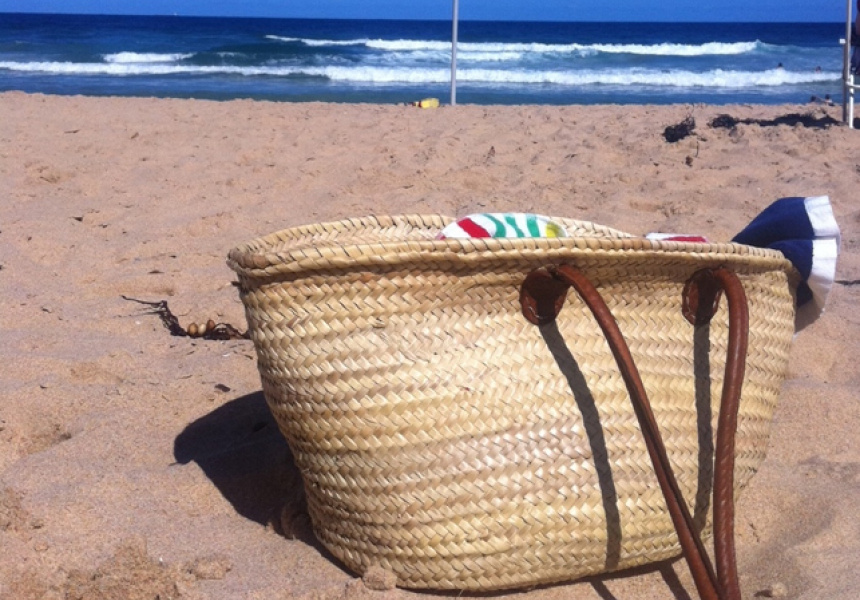 Life moves slowly in Austinmer. Hibiscuses peek out from fences and icy poles drip. People converge on the beach – a neat stretch of warm sand and rushing waves that's hemmed in by rock pools. Behind the beach, hilly streets and fibro shacks eventually give way to a dense rainforest, which bleeds up in a near vertical escarpment that looms mightily over this little coastal gem.

This quintessential beach town seems a world unto itself, yet big-city life in Sydney is a mere hour away. Trains snake down from the city, travelling south through Sydney suburbs, into the green Royal National Park and onto the coastline. It’s the perfect place for a day trip. [fold]

DO
Low-key simplicity is the order of the day in the Illawarra – swim, walk, draw, nap, read and repeat.

The Beach
Austinmer has a picture-perfect beach, with a wide stretch of golden sand, rolling waves and leafy surrounds. Locals gossip outside the surf club, families meet for fish and chips under the Norfolk pines and beachcombers scour the rocks. This is a great beach for swimmers as it is patrolled and protected between two low headlands. But on days when the waves are all too much, you can always leave it to the smattering of surfers and retire to float in the traditional stone sea baths.
Lawrence Hargraves Drive, Austinmer

Ibah Spa
The Balinese-style Ibah Spa is set deep up in the Illawarra escarpment, surrounded by tranquil greenery. Aromatherapist Rita Bennett provides luxurious treatments in a serene natural environment, and has even created her own range of chemical-free beauty products, combining Eastern and Western techniques along with aromatherapy. Bliss out Balinese-style with a jet shower followed by a hydrotherapy spa, or a full-body scrub and facial.
8 Asquith Street, Austinmer
(02) 4267 2865
ibahspa.com.au

Sublime Point Track
The escarpment provides a dramatic green backdrop for Austinmer beach. Taking a hike up its steep forested paths leads through magnificent dry eucalypts to cliff-top forest. From Austinmer, you can take the Sublime Point Track, ascending steps and dirt paths up the forest walk. Eventually, this challengingly steep track literally goes straight up – a series of metal ladders and platforms rounds off the journey. There are views of the panoramic coast throughout the hike, and the vista is endless when you reach the Sublime Point Lookout at the top.
Access Sublime Point Track via Hill Street then Foothills Road

Fireworks Cafe
The Fireworks Cafe is the focal point of a little cluster of shops on the leafy main street. It is staunchly popular and for good reason. Diners chat in the bustling interior or sit at the pavement tables, people watching and feasting on tasty smoked trout salad or a slice of lime and ginger baked cheesecake. The cafe regularly hosts local art exhibitions.
40 Moore Street, Austinmer
(02) 4268 1139

Haveli
Suzy Middleton, founder of Jets Swimwear and an Austinmer local, runs this heavenly homewares store, filled with beautiful things you don't really need but want oh so much. Intricately patterned and coloured quilts, loose summer dresses in the softest cotton and sweet ceramic milk jugs abound. The stock extends from homewares to clothing, jewellery and furniture, most of which is imported from India.
38 Moore Street, Austinmer
(02) 4268 6344