David Thompson Comes to Cook Down Under

Chef David Thompson, of Nahm in London and Bangkok, is in Australia to cook at Melbourne restaurant Chin Chin for one night only. We had a chat when he landed down under. 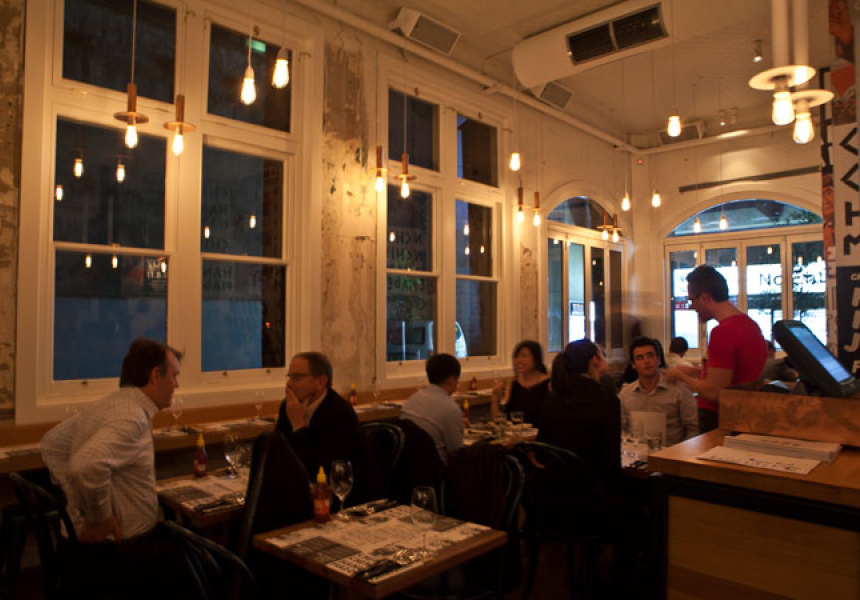 David Thompson is decidedly casual about his role as guest chef at Melbourne’s Chin Chin on June 14. In fact, he hasn’t even decided on the menu of Thai dishes he’ll serve up yet. “I have a few tricks up my sleeve,” he says from Sydney, where he’s just flown in from his home in Bangkok.

Benjamin Cooper, head chef at Chin Chin, used to work for Thompson at his London restaurant Nahm (he has another eatery of the same name in Bangkok) and this connection has brought Thompson to Australia again – something he’s very happy about.

The fact that Thompson is still undecided on the menu is indicative of his approach and advocacy for authenticity. The season and the atmosphere will shape the menu as the event grows closer; local ingredients and context will play a role.

Generally, dining out is all about context. The layout of the restaurant, the setting, the atmosphere, the service and the price will determine the time and money you spend and the mood you allow yourself to indulge in. You don’t go to a restaurant with main courses for $40 and expect a quick bowl of pasta in cheap crockery, just as you don’t go to a pizza joint and expect to pay $40 for a pizza and have to watch your table manners. Context is the ruler of our experience and Thompson gets this, in fact, he personifies it.

This is evident when asked what he thinks of Thai food in Australia. He admits to not eating Thai food anywhere much outside of Thailand. “I don’t want a busman’s holiday,” he says. “When I come to Melbourne in winter I want to go to Cumulus and have braised oxtail. I want something that makes sense to where I am.” Context wins.

Thompson refers to himself as a “vagabond” and his apprentices as “the junior vagabonds”, who do his prep before service, something he confesses he’s as not fond of doing as he used to be after 25 years of cooking.

It’s not a cheap night out to eat David Thompson’s food on June 14. Nor should it be. A chef who understands and lives the ethos of being true to a sense of place, season and its authentic execution is pretty much priceless.

David Thompson cooks at Chin Chin in Melbourne on 14 June. Dinner is $275 per person.