What makes a steak great? Is it okay to judge people by how they order their steak? And are people who eat their steaks well-done psychopaths? Chang and friends visit two Sydney steak joints to answer these questions and more. 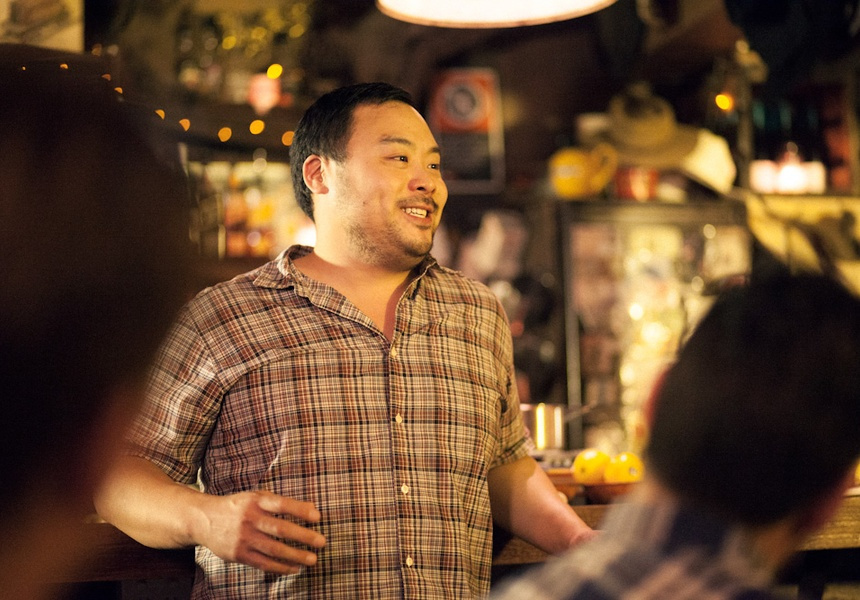 When Donald Trump became president and his steak order – well-done with a side of ketchup – was revealed, his preference (along with his dozen-can-a-day Diet Coke habit and dislike of vegetables) was widely derided and held up by his critics as evidence of his unsuitability for the office. But as chef David Chang and his friends discuss in Steak, an episode in season two of the Netflix show Ugly Delicious (out on March 6), perhaps we shouldn’t be so quick to judge.

While those who prefer their steak on the rare-to-medium end of the spectrum might think that a cooked-through cut of meat indicates an aversion to risk – or simply bad taste – we might be jumping to unfair conclusions, something Chang and his mates ponder over enormous, gout-inducing cuts of meat in New York. One of his guests, New Yorker food writer Helen Rosner, explains that her grandfather ate his steak well-done due to religious beliefs.

In another feasting sequence, Chang is joined by American actor and comedian Danny McBride, who rather unexpectedly names the no-frills Australian chain Macelleria – specifically the Bondi outpost – as the purveyor of his favourite steak in the entire world. “It’s fast-food steak,” McBride explains.

So, with the might of Netflix and a ready-built network of employees from his Sydney restaurant Momofuku Seiobo at his disposal, Chang heads Down Under to try McBride’s favourite steak.

Dining with Chang as he taste-tests Macelleria’s cuts are Momofuku executive chef Paul Carmichael and restaurant manager Kylie Javier-Ashton. (Most of the locals Chang shares screen time with have mellifluous voices, but somehow their accents still evoke that famous Aussie episode of The Simpsons.)

Macelleria, which has four outposts in Victoria and two in NSW, is run by butcher-turned-restaurateur Peter Zaidan. Here’s how it works: you go the counter; pick your cut of meat (most steaks come from Cape Grim in Tasmania, but there’s Wagyu too); tell the staff how you want it cooked; then add sides. It’s well-priced, and Zaidan says a lot of his customers are regulars, including lots of families. Some even visit a few times a week.

Carmichael says he didn’t eat “proper proper” steak until he moved to the US from his native Barbados. And Javier-Ashton, who grew up in Sydney with her Filipino family, and Chang, who was raised in Virginia by Korean parents, both say steak was a rarity, usually eaten on special occasions.

The trio discuss steak as a status symbol, and whether premium cuts such as Wagyu are really that much better. They acknowledge that they live in a food-world bubble where eating expensive dishes is the norm, and that it’s not unfair for someone to want good meat on a Costco budget. They also question the sustainability of eating beef regularly – one of worst meats in terms of carbon emissions.

Back in the US, Chang visits an Outback Steakhouse, the Australian-themed American diner chain with outposts across the globe. While it doesn’t have any relationship with Australia or its people (apart from pictures of kangaroos and an Australian flag out the front), it’s hugely popular and sells a lot of steak. He eats the notorious fried bloomin’ onion dish and some truly heinous-looking bread.

Meanwhile, one of his dining buddies, artist David Choe (an Ugly Delicious regular), unsheathes an enormous knife from his pocket and says “this is a knife” à la Crocodile Dundee, before making up an ignorant myth about an Indigenous Australian on “walkabout”.

If Outback Steakhouse is a low point for the show, Chang and Carmichael’s visit to Lennox Hastie’s Sydney restaurant Firedoor is the pinnacle. As its name indicates, the restaurant cooks absolutely everything over fire, caveman-style. But Hastie’s thoughts on meat-eating are far from primitive.

As he serves the duo cuts of dry-aged meat straight from the grill, causing a look of glee to spread across Chang’s face (“I think [it] blew David’s mind,” Hastie later tells Broadsheet) he explains why eating only beef in the future won’t be sustainable.

He tells his fellow chefs that in Australia – where we’re already feeling the effects of climate change – more sustainable options such as kangaroo and camel are going to be the meats of the future. While Carmichael seems squeamish at the thought of eating kangaroos (non-Aussies seem so much more squeamish about eating our national icon than we do), Hastie stands by it.

“I think it’s inevitable, as we soon won’t have any choice,” he tells Broadsheet. “[Those animals are] our largest wild and sustainable resource. It’s up to us as chefs to ultimately find ways of sourcing and preparing it to make it delicious.”

For a show about steak, this episode touches a lot of bases – it segues between the perceived masculinity of chowing down on a hunk of beef, the best sides to eat with steak, the class politics behind eating steak, and the alternative “meats” that might one day replace beef. It’s a surprisingly thoughtful look at a food that many in Australia and abroad take for granted – and why things might not stay that way for much longer.

Season two of Ugly Delicious will be released on Netflix on Friday March 6.