Darlo General: An Old-School Darlinghurst Corner Store Has Been Given a 21st-Century Update 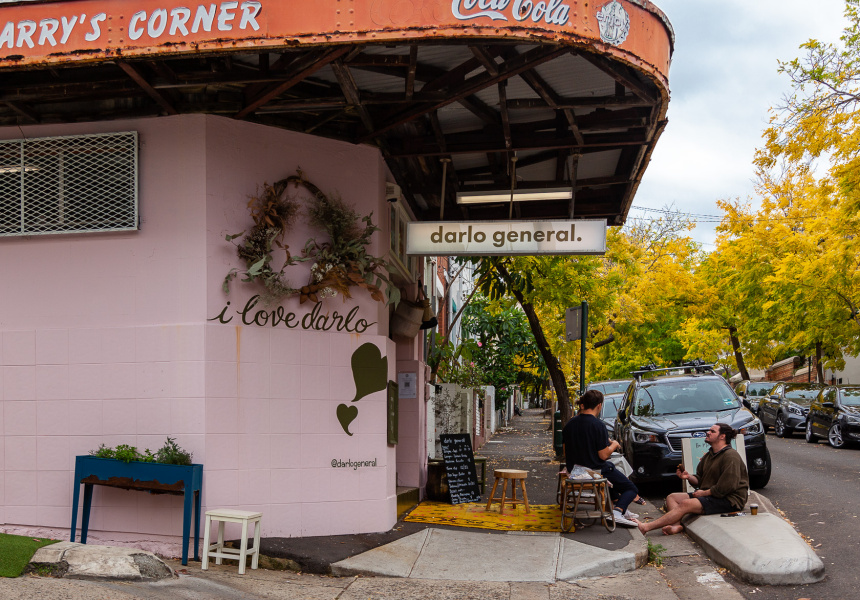 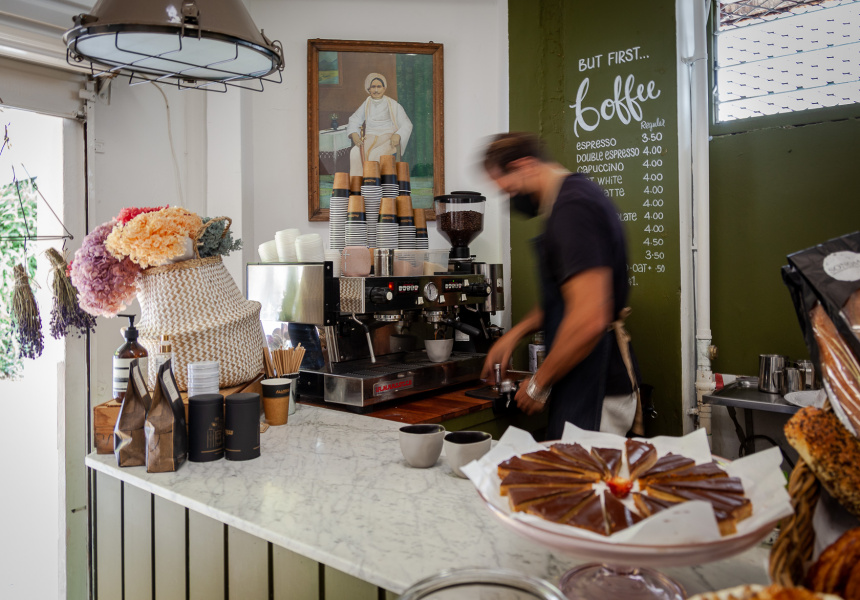 Darlinghurst local Mia Cipolla wasn’t a fan of the fact that her local corner store was closing down and being turned into a drycleaner. So the interior stylist – who also has a background in events management – decided to swoop in and turn the Womerah Avenue space into Darlo General: a 21st-century iteration of the classic Aussie corner shop.

“People used to whip in and get a bottle of milk, some bread, cigarettes, tea bags,” Cipolla tells Broadsheet. “It was that type of shop. I wanted to take that idea and touch on that nostalgia, but give it a contemporary twist.”

She kept the Coca-Cola-emblazoned “Mini-Mart” sign intact, but the rest of the space has largely been gutted and modernised. Like any corner store, goods line the shelves – but don’t expect bars of Dove soap and Wonder White. Instead, there are products by small Aussie businesses: Salus soaps, Dr Strangelove sodas, Flax Ceramics coffee cups, Kombu kombucha, Peanut & Noodles organic pet food and more. And in a nod to ghosts of corner shops past, there’s a fridge of iceblocks at the front. Paddle Pops these aren’t – instead, they’re locally made Merry Pops, free from gluten, sugar and dairy.

Coffee is Allpress and sandwiches of the day are made on Pioik sourdough – expect fillings such as egg and lettuce, and Waldorf chicken. The baked-goods counter is piled with “fete-style” caramel slices, beautiful cakes and lamingtons, all made by two Darlinghurst locals whose business is so new it doesn’t have a name yet. Savoury options might include lasagne, risotto, pies and quiches. There’s no sit-down service, just a few stools out the front – it’s all designed to grab and go.

The space itself feels as though a Byron Bay homewares store was picked up and replanted in the inner city. The exterior is painted a musk pink, and decorated with a foliage wreath and woven baskets. Inside, the white walls are hung with baskets displaying products and flowers, and floral arrangements and greenery dotted around the store add pops of life and colour.

Cipolla is passionate about making Darlo General a community hub – she uses the space to host book clubs and live gigs. She even has an allergy-friendly lunch-order service for Darlinghurst Public School down the road, which doesn’t have a school canteen. For $10, kids get a sourdough sandwich, a piece of fruit and a freshly baked muffin wrapped beautifully in sustainable cardboard and brown string.

“They’re certainly an upgrade from scribbling your name on a brown paper bag,” she says.