An ex-A Tavola chef serves handmade pasta, batch beer on tap and natural wines out of his Darlington home. 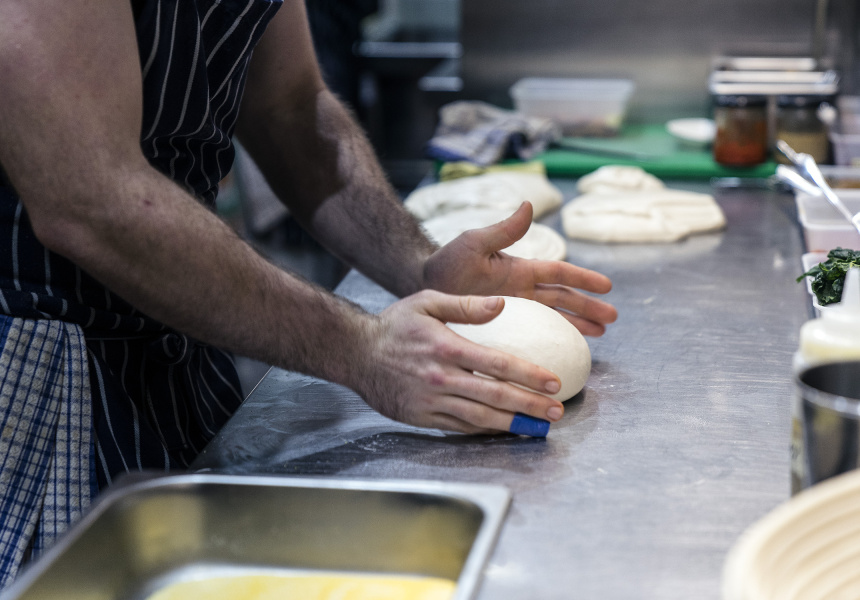 Homemade pastas, 40 seats and a kitchen with two chefs. It’s like eating in a rural Italian family’s living room, which is not too far from the truth. This is ex-A Tavola chef Matt Pollock’s living room. Kindred is both his new home and new restaurant (he lives upstairs).

“We want it to be like a home in the country in some aspects and the food really reflects that, too,” he says. As far as neighbourhood restaurants go, the food is right up there with the best. The main reason is Pollock and Neil Murphy’s (the other chef in the tiny kitchen) dedication to their craft. Turn over the menu and you’ll see a list of all the products they do in-house. It includes sourdough, ricotta, butter, yoghurt, gelato, pasta, sausages, puff pastry, mustard and vinegars.

The dishes, and much of the produce, are Italian in approach, but Pollock says it’s not entirely traditional. The menu is likely to change a lot, even in the first few months of operation, but during the winter it’s likely you’ll find their slippery, rich pappardelle with braised lamb and green olives; beef cheeks, pickled cabbage and Brussel sprouts on a bed of celeriac puree; and the homemade sausages (chicken thigh, pork shoulder, chicory and fennel) with onion relish, mustard and green lentils. “We try and have two vegetarian mains,” says Pollock. The other thing unlikely to change is Pollock’s excellent sourdough and butter, and the gelato he makes for dessert. Right now the latter is banana gelato served with a dreamy mess of meringue, caramel cream and praline. Drinks are likely to change regularly, too. “The wines are mostly biodynamic. We try to keep a bit of a mix; we want to make it interesting without offering only obscure stuff,” says Pollock. There’s also Batch Brewery on tap and a decent selection of spirits.

Completing the homey vibe is the building, a lovely, simple refurbishment of the old Mulligan's site. “We really wanted to keep the old feel of the building, we wanted it to speak for itself,” says Pollock. 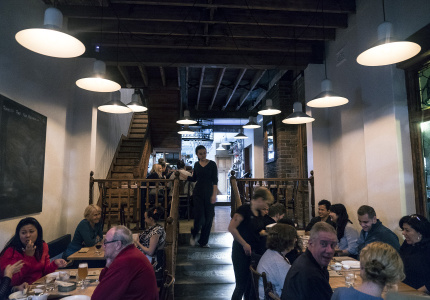