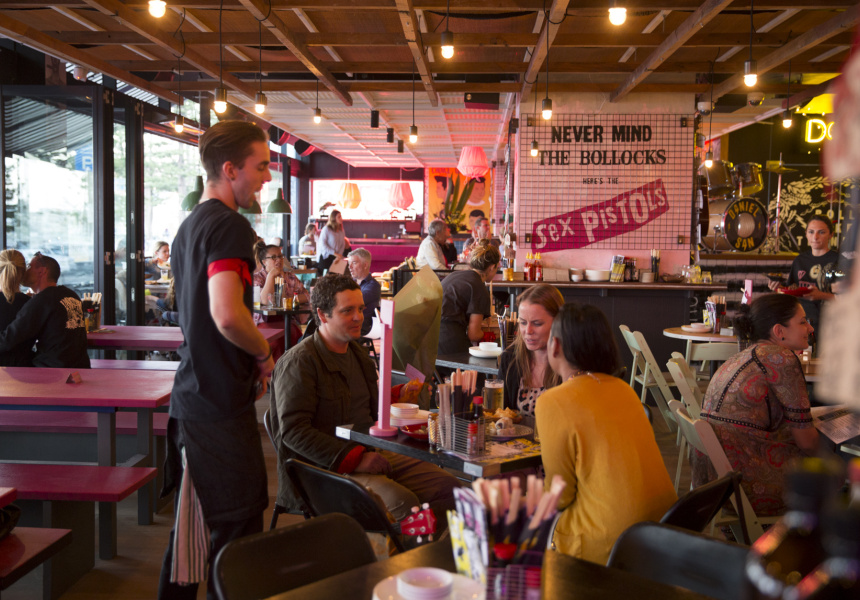 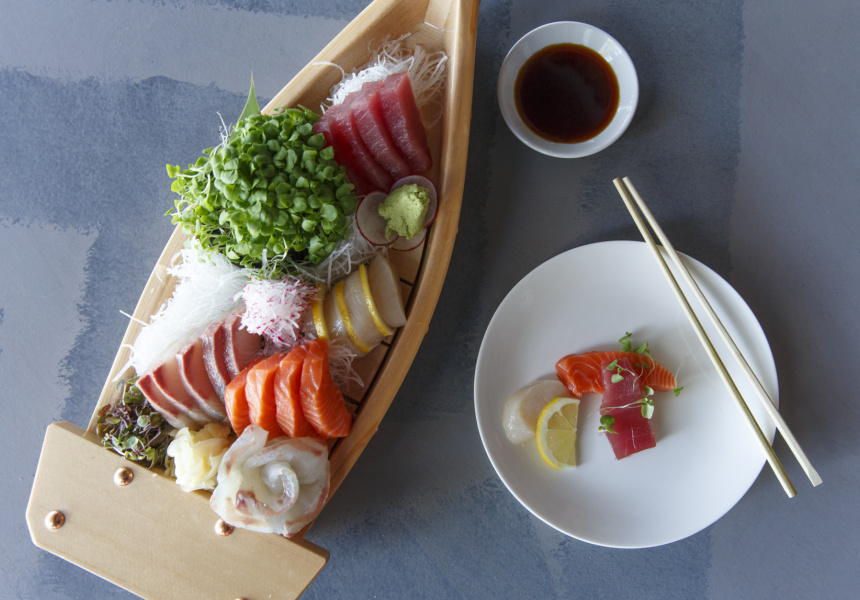 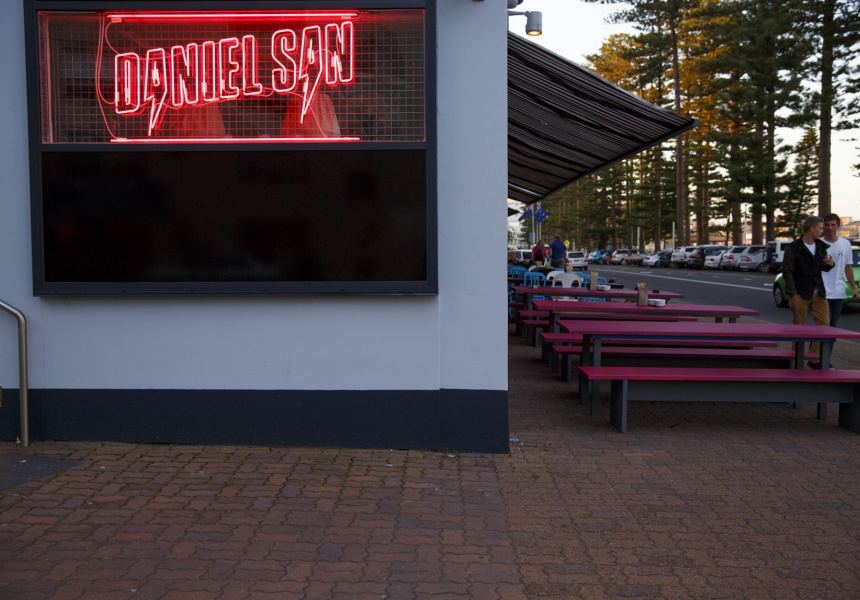 Daniel San is inspired by a punk-rock version of The Karate Kid – it’s a fun, casual spot with a rock‘n’roll-meets-the-beach atmosphere.

It is the latest venture by bar owner and Northern Beaches local, Fraser Short and his business partner, Arthur Laundy. They’ve brought in executive chef Benjamin Orpwood (formerly of Toko) to launch an original and exciting Japanese restaurant and bar underneath the Novotel Sydney Manly Pacific Hotel.

A pink neon ceiling greets you as you enter Daniel San. You’ll then walk past an Asian marketplace of karate trophies, chicken coops and bags of plastic fish. This huge, 350-seat venue doesn’t skimp on detail and ingenuity, with several eclectic bar and kitchen spaces featured throughout. There is also a group of retro pinball machines tucked to one side.

Orpwood says Daniel San, “Takes away the unnecessary formality of Japanese food, making it a place where people can drop in and have whatever they like.”

What gets Orpwood most excited are the sashimi boats, which offer a chef’s selection of freshly sliced sashimi with traditional garnishes, perfect for groups. “They’re big wooden boats … they look crazy. When we make one and it goes out from the kitchen, in five minutes we’ll have three more dockets for it,” he says. Other highlights include Japanese skewers from the Robata grill and Japanese beer slushies from the cocktail bar.

When asked if it’s possible that Daniel San is trying to do too much with the space, Orpwood responds, “We want no limitations on it. We can do big Daniel San, we can do small Daniel San. There is so much potential, that’s what got my attention.”

It also has a playful set up downstairs and a soon-to-opened upstairs, complete with a private dining room, event and function space and some of the best balcony views in Manly.