The chef trained at Thomas Keller's legendary French Laundry in California as well as some of LA's hottest restaurants. 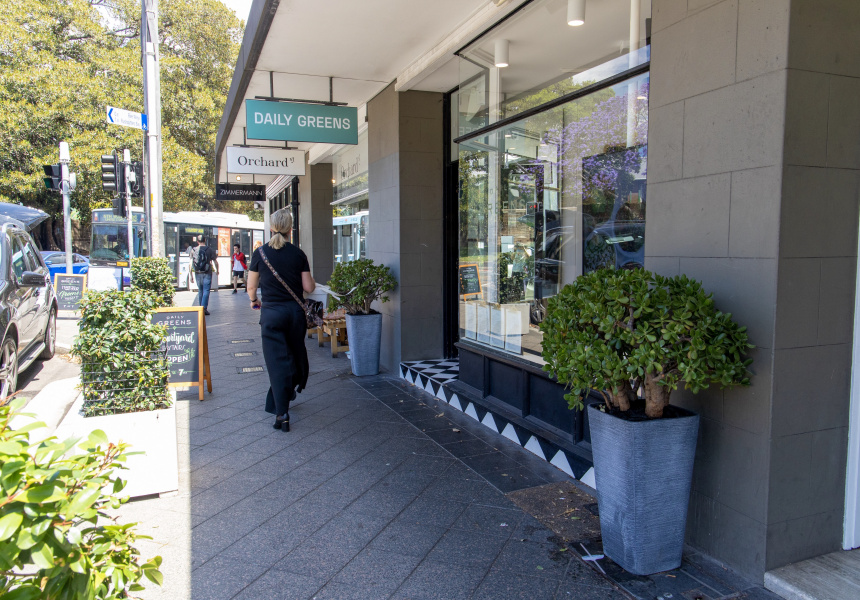 Jem Jacinto was visiting Australia from Los Angeles when he struggled to find a great salad at a good price. “Australians are all about healthy living and healthy eating,” he says, “but when you think of salads, where are you going to get one with a value price point but using quality, local produce with the right philosophy behind it? I couldn’t find one.” So Jacinto decided to make his own.

The result is Daily Greens, a sustainable, zero-waste, traceable restaurant he has opened in a sun-drenched courtyard at the Oxford Street end of Glenmore Road in Paddington, otherwise known as the Intersection fashion hub.

Daily Greens serves nutritious salads and warm nourishing bowls, much like Spain’s seasonal, healthy food chain Honest Greens and America’s Sweetgreen – both of which he used as inspiration. Heading up the kitchen is Charles Olalia, who trained at Thomas Keller's legendary French Laundry in California and was head chef at some of LA's hottest restaurants, including Mar’sel and Patina.

It was a chance encounter at Olalia’s own hole-in-the-wall that led to Jacinto luring the chef to Australia. “I went to this tiny restaurant in downtown LA with just seven seats and ate a $12 rice bowl that was so refined and delicious,” says Jacinto. “I thought, ‘I’ve found someone who can help me deliver the sophistication I want at the price point I want.’”

Traceability is important to Jacinto and he's listed the suppliers on a board. The green beans are sourced from Gympie Farms in Queensland, the mint and coriander from NG Market Garden in NSW and cabbage from CDJ in the Hawkesbury region. As promised, prices are reasonable, with nothing over $20.

The Paddington venue is light and airy – the perfect spot for a plant-based soup or salad. The outdoor courtyard has a leafy vista, and interior architect Han Lim has built the space around a large tree, reinforcing the green credentials of the sustainable, fast-and-casual cafe. “With the trees growing in and around the space, it just made sense to highlight them,” says Jacinto.

The restaurateur has a long-term connection to Australia: he attended Bond University in Queensland, and his mother and sister migrated down under right before Jacinto returned to the Philippines to work in the steel industry. “I got ambushed there by gun men – it was a tough business. So I ended up moving to the United States and changing careers,” says Jacinto. While he was there, he helped his brother in law grow the Mediterranean-inspired Fig & Olive empire.

The next phase for Jacinto is a Daily Greens that will sit next to Finn Poké in Circular Quay, slated to open late this year or early next. “As the world consumes more,” he says, “we have to be more traceable, local, sustainable and responsible when it comes to how we serve our food.” 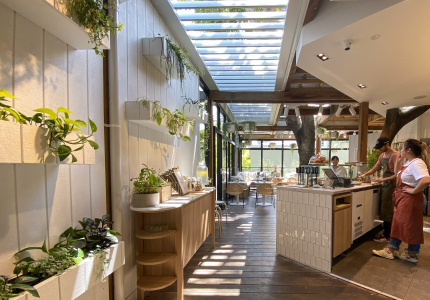