Now Open: The Cumberland, Hidden Behind a 1920s Fridge Door Beneath a Manly Deli

A vintage dumbwaiter will transport charcuterie from upstairs to the bar below, where there are 250 whiskies, three cocktail lists and melty raclette. 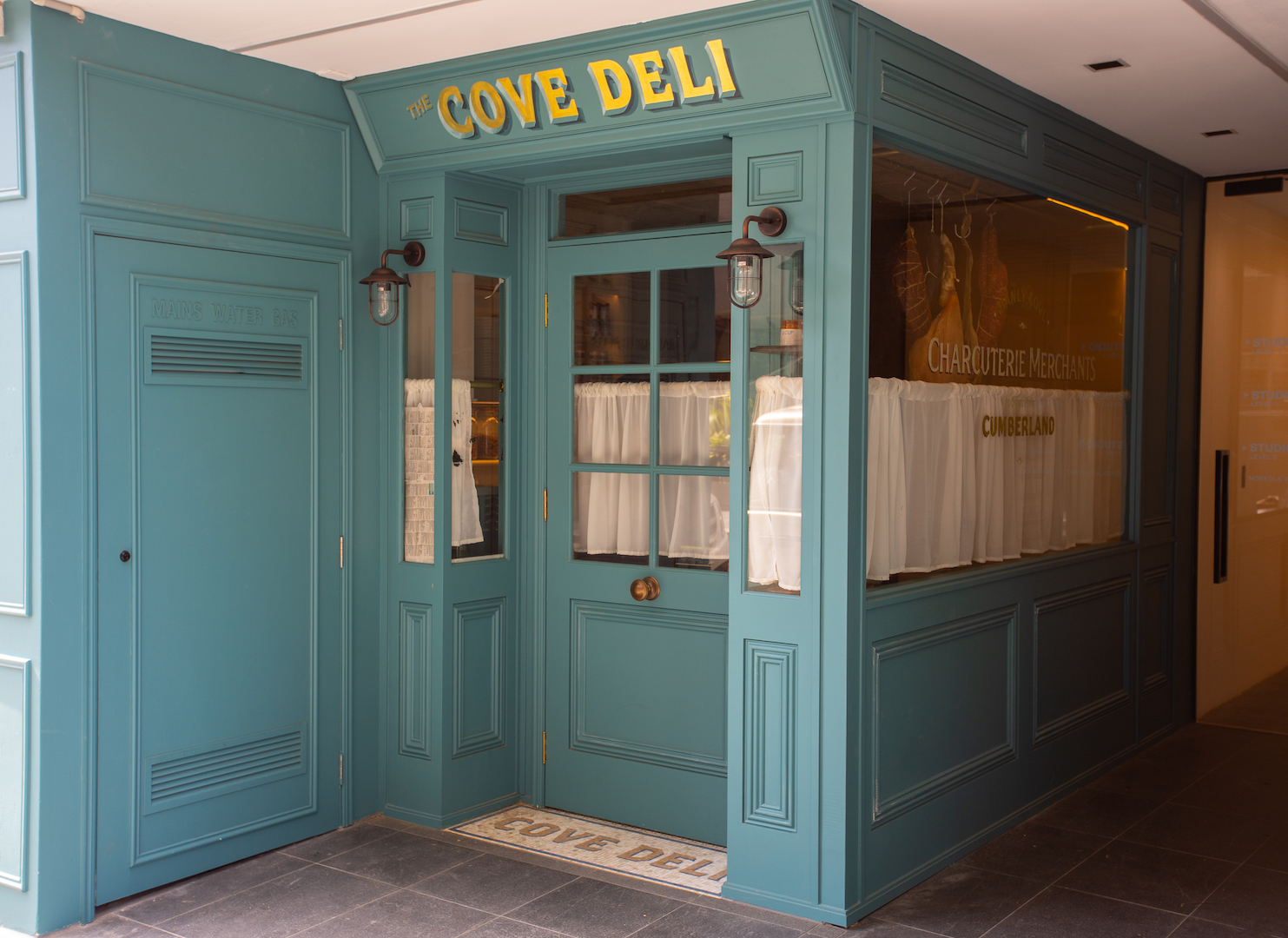 Sydney already has a bar behind a butcher’s shopfront, one that’s tucked at the back of a Redfern diner and several that require climbing multiple flights of stairs to reach. Add to that a list a cocktail lounge hidden behind a 1920s antique fridge. Behind the old wood door at the back of Cove Deli in Manly, and you’ll find a spiral staircase that’ll take you to down to The Cumberland, the Northern Beaches’ new speakeasy-inspired bar.

The Cove Deli is a fully functioning establishment. By day it’ll be selling cheese and cured Spanish meats. At night it will be servicing the bar, transporting charcuterie and cheese boards downstairs via a custom-made dumbwaiter. A small kitchen in the bar will pump out tapas including “melty, stinky, bubbly hot raclette cheese”; Spanish meatballs; empanadas; and jacket potatoes.

“Everybody in hospitality has a dream of building a speakeasy,” owner Matt Clifton (In Situ and Donny’s) tells Broadsheet. The concept behind The Cumberland is something Clifton has been working on for a while, collecting antiques from more than 21 countries, including the 18th-century Thomas Crapper toilets and original Bishop and Babcock beer taps from the early 20th century.

While the design elements are from around the world, the overall concept of The Cumberland is much closer to home. The name is a nod to the County of Cumberland, which takes in all of Sydney, including Manly, up to Broken Bay near Woy Woy (north of Sydney) and to Wollongong.

“I wanted it to be true to Manly, so a lot of the space pays homage to our surrounds. The basement is made of Manly sandstone blocks and convict-carved clay bricks,” says Clifton. From what was once an empty concrete retail space, Clifton chipped away to reveal the unused basement where The Cumberland now resides. He and the team at design firm AZB Creative (Mjolner, Kittyhawk, Butter Surry Hills) have considered every detail, down to the aged brass and faux stains on the render from “leaking” pipes (which were installed just weeks ago).

Behind the bar general manager Pete Ehemann (ex-Merivale) and creative consultant Petr Dvoracek (The Barber Shop) have put together a drinks list that involves a whopping 250 whiskies, an impressive wine cellar (which you can see through peepholes in the stairway), and three distinct cocktail lists.

On the Foraged and Found menu, which is inspired by native ingredients found around Manly, find drops such as the Dandelion Espresso Martini, which uses both the flower and its root, and the Lilly Pilly Sour, which mixes the shrub with lemon myrtle tea, gin and lemon.

The 19th Century County Tipples menu honours the exports the area was once known for: gold, hops, tea, wool, wood and dairy. There’s a cocktail relating to each, made with ingredients including sheep-whey vodka, corn-cereal milk and olive oil.

“The [third list] reflects the pre-temperance movement, with six classics that have been around for 150 years,” says Ehemann.

With mood lighting and jazz playing from an old record player, Clifton is expecting a slightly older crowd than frequents his other two venues, which are both within walking distance. “It’s bringing a new calibre to the area, but I still want it to be relaxed,” he says. Think date night, drinks with friends, or even just your new local for a beer on a Wednesday night.

Both the bar and the deli are open until late, meaning you can pop in to the deli for a late-night wheel of cheese on your way home from work, or as you come up the stairs from a cocktail session.