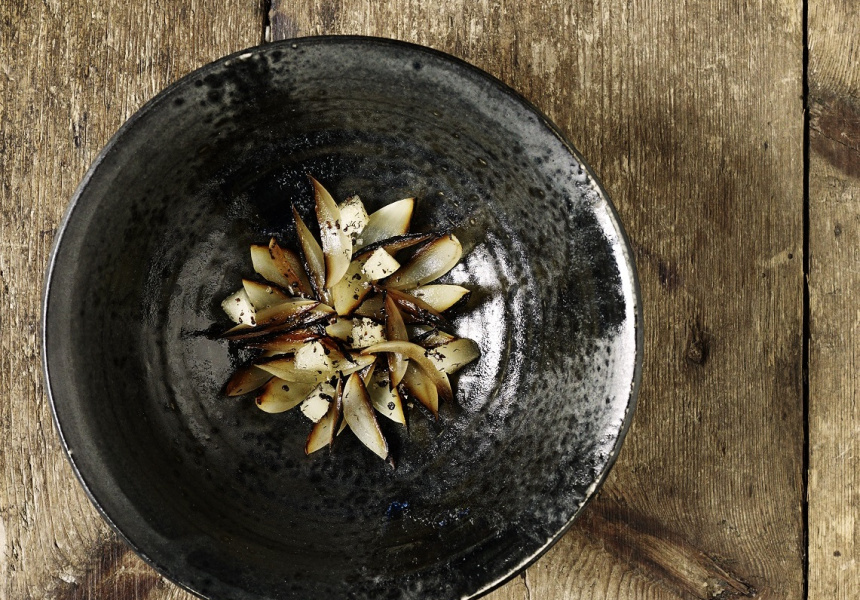 To add to Noma’s supposed disadvantages, it was (and still is) located in a culturally barren part of Copenhagen. Imagine Quay plonked down at Padstow Heights, or on the Port Botany industrial foreshore, and you have an accurate picture. Of course, Noma’s ultra-seasonal New Nordic cuisine made this a non-issue very quickly.

Depending on your point of view, that makes the experience a triumph (overcoming a person’s particular dislikes with sheer panache) or a bit of a failure (serving unappealing food). At Noma there’s no theatre in the outrageous Heston Blumenthal sense, but there’s still a certain amount of wide-eyed wonder when you bite into a “sandwich” that uses crispy cabbage for the bread and a paste made of of samphire, watercress and rose petals for the salty, floral filling.