We caught up with Andy Jacoora from MoVida to discuss the importance of this classic, humble Spanish summer staple. 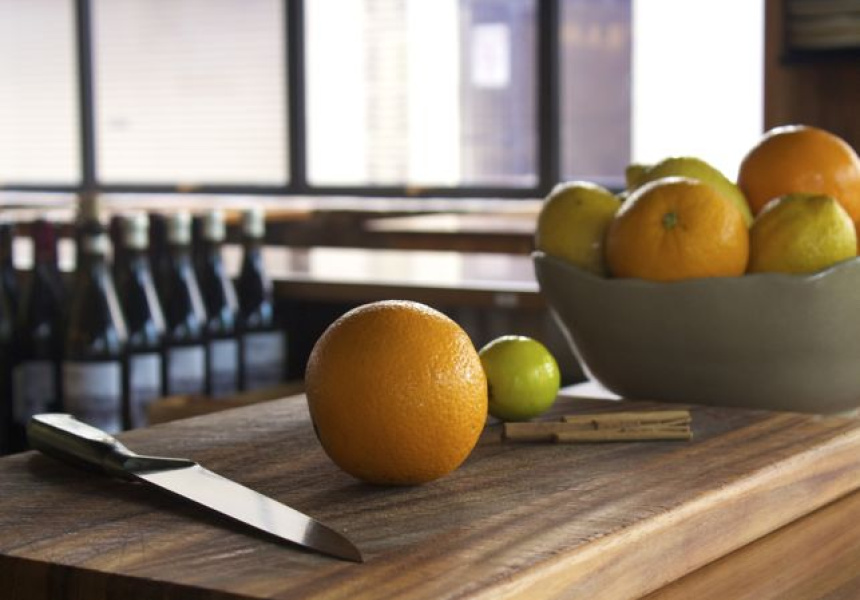 If you’ve ever lost yourself in the backstreets of a Spanish city, you’d notice that there’s something seductive about the way the country combines pleasure and pain. Spain welcomes reckless bullfighters with the same grace as around-the-clock hedonists, and these contradictions are at the heart of its appeal.

It comes as little surprise that Spain’s national drink is the liquid equivalent of the country’s chequered history. Sangria might these days be synonymous with breezy summer memories, but it also owes its name to the Spanish word for “blood” – a nod to the Roman invaders whose vineyards would hook generations on this sparkling, crimson punch.

Hemingway was one such addict. The heady concoction of red wine and brandy coloured the writer’s time in Madrid and the drink figures heavily in novels such as Death in the Afternoon and The Sun Also Rises.

Luckily, Andy Jacoora’s version of sangria tends more towards pleasure than pain. Jacoora, who manages the Sydney outpost of cult Spanish restaurant MoVida, believes that the punch owes its power to the way it brings people together.

“It’s a really nice, fun drink to make and to be able to share with family and friends, whether or not you’re having a little party or having people over,” he says. “It offers such easy drinking even though it’s been around for such a long time.”

Although the lure of a jug of sangria may be obvious, cocktail purists often refuse to take the drink seriously. Jacoora believes that this is a mistake.

“Sangria is a very big part of Spanish culture though many people have bagged it over the years. If it’s made, well, it’s very refreshing,” he says.

According to Jacoora, sangria plays a starring role in MoVida’s drinks menu and contributes to the institution’s distinct brand of magic.

“When people visit MoVida, they usually order a glass of cavo or sherry but if it’s a group of five or six, they sit down straight away and order a jug of sangria. If they’re having a big party, they want to drink collectively and raise a glass to each other. Sangria is especially great for people who haven’t met each other,” he observes.

He also says that a pitcher of sangria piques the curiosity of onlookers, whether they’re perched at the bar or waiting at a table.

Although sangria is often overlooked in favour of tempranillo or cava when it comes to matching with Spanish food, Jacoora insists that it’s the perfect match for the restaurant’s signature paella. “We throw in a bit of spatchcock, a bit of duck, throw in a bit of saffron and mix these ingredients up in a paella. This is what we would pair it off with and it works really well.”

So what sets MoVida’s version of sangria apart? “I think most people have their own recipe, but when we make our red sangria, we use a mixture of red wine and brandy that’s infused with cinnamon, we use fermented honey and we use Licor 43 which includes ripe citrus fruit, Mediterranean herbs and liquor. We also use one third of a jug of lemonade to soften the flavours.

“Our sangria is a little more aromatic and sweeter than the typical dry sangria.”

No doubt Hemingway would approve.