Long-time sake lovers Gigi Penna and Xanthe Wetzler embarked on a mission to import a style of the age-old liquor that suits Australian lifestyles. 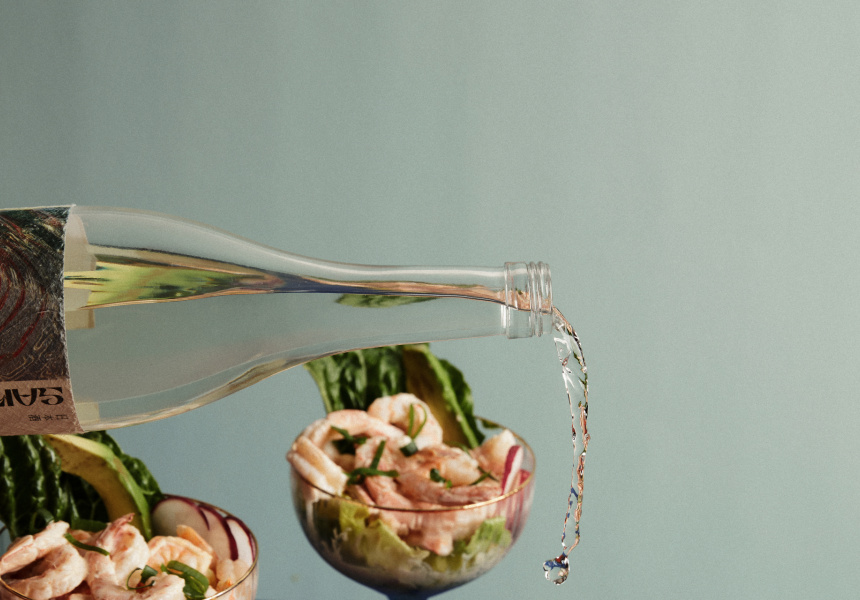 Entrepreneurs and friends Gigi Penna and Xanthe Wetzler are obsessed with sake, but they didn’t want to make their own version when Japanese breweries have been making the liquor for centuries.

“Gigi and I are sake fans but we didn’t know the technicalities, and we didn’t want to create a sake because there are already so many beautiful ones out there that are made with love, tradition and honour,” says Wetzler. “So it wasn’t really up to us to create a new one, but to find one that suits Australian tastes.”

Wetzler and Penna teamed up with importer Yukino Ochiai of Deja Vu Sake, where they did a few blind tastings. They found the perfect one – clean, gluten-free, additive-free, preservative-free and made with only three ingredients: rice, water and koji rice. It’s a “junmai” (pure rice) sake, which means no alcohol has been added; the rice ferments and produces the alcohol.

They’ve branded the drink Sake Sake. It’s made by Sekiya Brewery, which sits in the mountains roughly halfway between Tokyo and Osaka, where the water is said to be some of the softest and purest in Japan.

“For us, the health benefits and making sure it was organic, without adding alcohol, was really important – and it also ensures that it’s a premium product,” explains Wetzler.

The importers chose to brand it Sake Sake and create a fun label to help sell it to a wider Australian audience, working with digital artist Jonathan Zawada to design a slightly psychedelic representation “of the rolling journey that our sake takes you through”. According to the brand, that’s “a shimmering wave of flavour that combines thousands of years of history with modernist sensibility”.

Wetzler says that, aside from pairing well with sushi, the light and floral drink goes down a treat with fish’n’chips, burgers, salads and ceviche. “Basically anything you’d pair with a crisp rosé or white wine. Or for a bit of fun try a Sake Sake Martini, currently on the menu at Bondi’s Fish Shop, or add yuzu and soda to make a Sake Sake Spritz instead of Aperol and sip it under the sun.”

Or, you can simply serve it ice-cold and undiluted.

A single bottle of Sake Sake is $69 and can be bought via the brand’s online shop or at Fish Shop, Bondi, among a couple of other retailers. Shipping is $15 within New South Wales.