From Redfern to Potts Point, modern Korean food is on the rise. And new restaurant Kim is taking it even further. 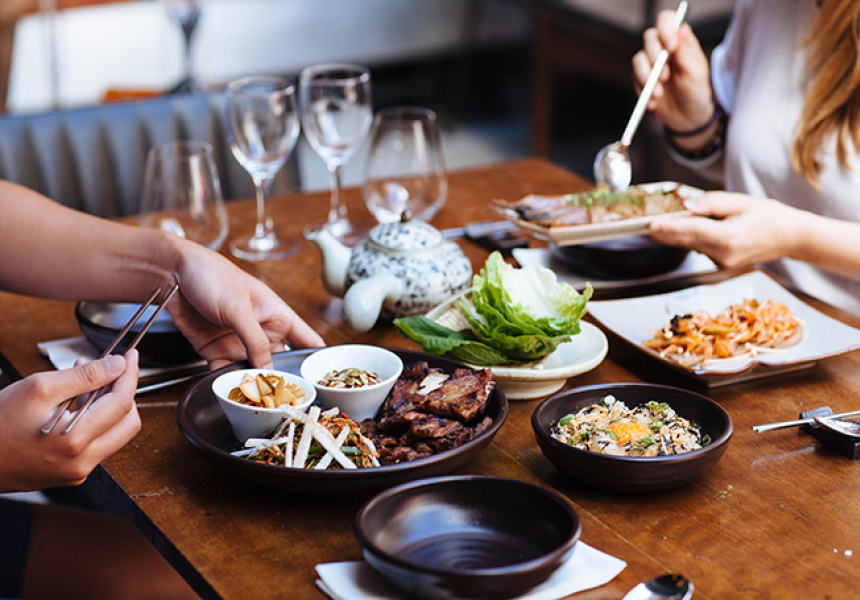 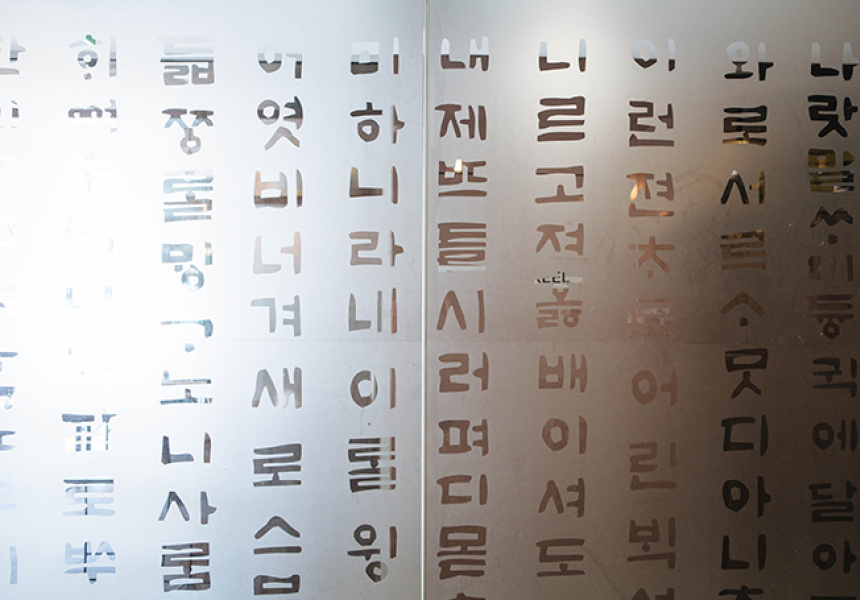 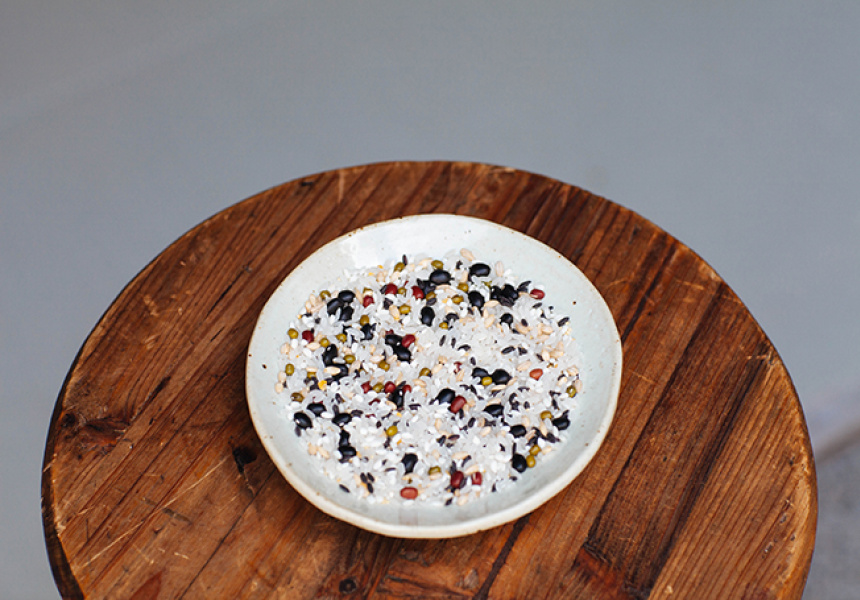 David Ralph laughs when asked about the namesake of Kim, his new Korean eatery at Potts Point. “I have a lot of Kims in my circle…” he says, “and in this case, there’s the Kimchi too…”

It’s true that when Australians think of Korean food, the ubiquitous fermented pickle comes to mind first. “That and barbequed meat,” says Ralph, who’s been cooking Korean cuisine since 2007. At Kim, in a sunny corner of Springfield Avenue, Ralph, along with co-owner and co-chef Tae Kyu Lee, are expanding on this familiar repertoire. “Traditional and regional specialty dishes are at the heart of our menu, but we’ve gently re-interpreted them. Kim is unmistakeably Korean, but also reflective of Sydney now,” says Ralph.

At Kim, diners start with an ‘Anju’ (the Korean term for ‘salty snack’), compliments of the kitchen. The root vegetable chips have been cooked with extra virgin sesame oil, dusted in mineral-dense Korean grey salt and served with black fermented garlic pieces.

“In Korea, nearly all dishes must aid wellbeing, and of course David and I follow this principal too,” says Lee, a qualified nutritionist. Fermentation is a customary method of food preparation in Korea. It is said to be beneficial to health, it alters texture and it infuses an addictive umami edge to fresh produce.

At Kim, Ralph and Lee are subtly taking fermentation to a new level with impressive results. In prawn jang, whole prawns are fermented for three days in kombu-based soy, garlic, nashi pear and ginger. The glutinous-textured meat is then served with seasoned rice and a raw egg yolk – a memorable combination.

Kim’s takes on favourites, such as short-rib ssam (wraps) and patbingsoo (shaved ice) are also noteworthy.

An evening at Kim will get you eating far beyond your typical Korean BBQ experience, but don’t go dismissing the national pickle as run of the mill just yet.

“There are actually 197 different types of kimchi recognised in Korea,” says Ralph. Kim serves more than a few of them.