Coming Soon: Waterloo’s George Hotel Gets Its First Makeover in More Than 60 Years

The pub will have a taco restaurant and a bottle shop by natural-wine retailer Drnks. 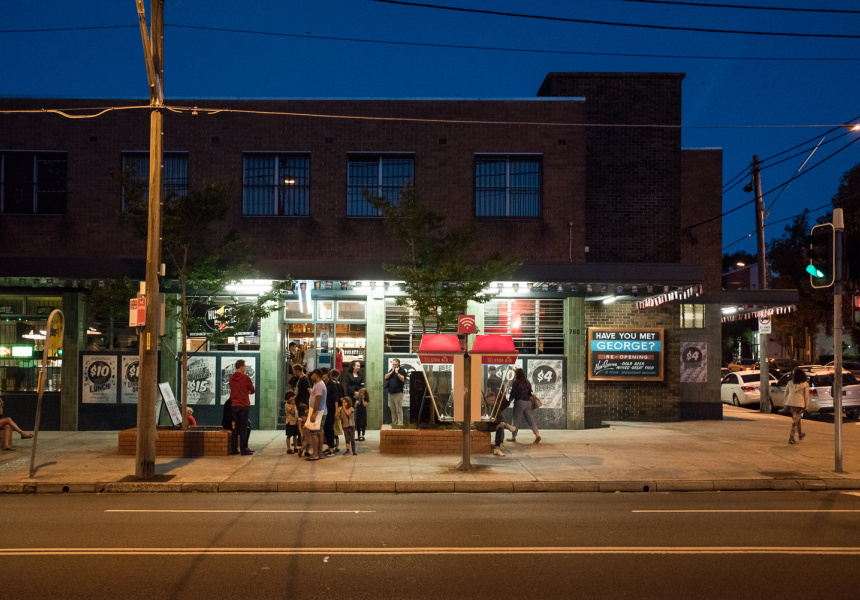 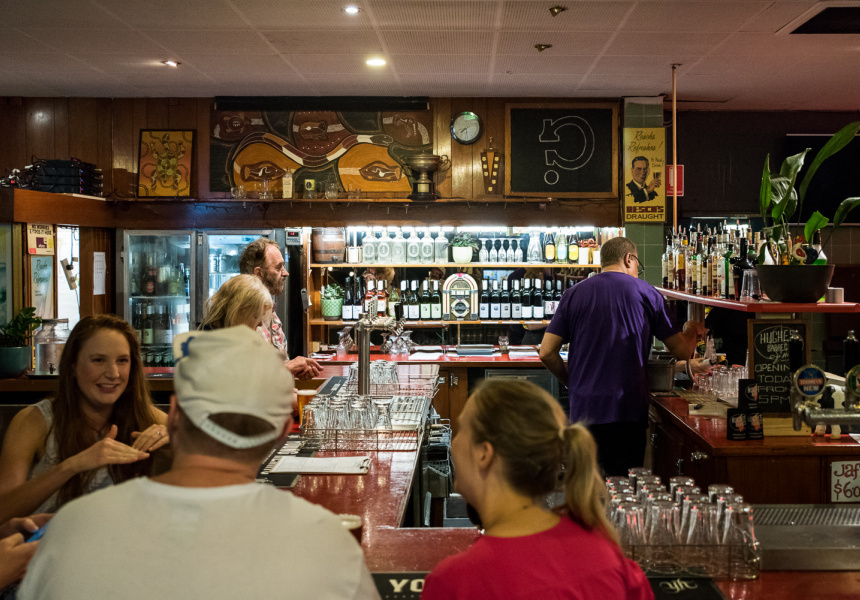 The team behind last year’s Duke of Enmore overhaul is also all over the hammers, pans and corkscrews of another inner-city-pub revamp – this time the 1965-built George Hotel in Waterloo. It’ll be unveiled next week.

Jaime Wirth (who under the now-sold Drink’n’Dine banner oversaw the reworking of Petersham’s Oxford Tavern and Surry Hills’ Norfolk Hotel) leads the project with Toby Wilson (Ghostboy Cantina), who is heading up the kitchen, and natural-wine merchant Joel Amos, who is taking charge of the wine.

The pub’s former games room has been repurposed into a Drnks bottle shop – the first bricks and mortar bottle shop for the previously online-only retailer – selling plenty of local, natural stuff and a wide selection of beers and pre-mixes.

The busy team is leaping off the collaborative success of The Duke (previously the Duke of Edinburgh), and are also working on the Woolloomooloo pub The Old Fitz, but Wirth says the foundations for their involvement with The George were being laid long before the Enmore venue presented itself.

“We’ve wanted to do something like this for a while,” he says. “We were working on a standalone concept and then this came up, so we decided to put the restaurant [concept] in here.”

Unlike Wilson’s popular Ghostboy Cantina, where tacos were filled with a mix of Asian and Central American flavours, at the George he’ll cook more authentic Mexican.

Inspired by the food of Mexico City, the Taco King restaurant will take over the beer garden and rear dining room. Its spit-roasted pork carved from the spinning pastor will be served in house-made corn tortillas.

Diners can grab a cold bottle of wine from the Drnks fridge and, with a $20 corkage fee, enjoy it alongside the food.

“Natural wines are perfect for Mexican food,” Wilson says. “They’re light, easy to drink and they cut through the fat and salt in the meat.”

As with Wirth’s previous reno jobs, most of the pub’s original features will be spared the hammer. The front bar’s striking original turquoise tiling and matching paint palette have been preserved with a simple cocktail list and local beers flowing freely from the taps.

“Compared to The Duke, it’s not a massive fit-out,” Wirth says. “It’s paint, furniture, signage and just a general refresh.

“We don’t want to mess with it too much.”

The George is slated to open on Friday April 5.