With an outdoor terrace with city views. Plus, Pacific Concepts – which runs Fratelli Fresh, as well as El Camino Cantina, The Bavarian and more – is set to expand into Queenstown, New Zealand. 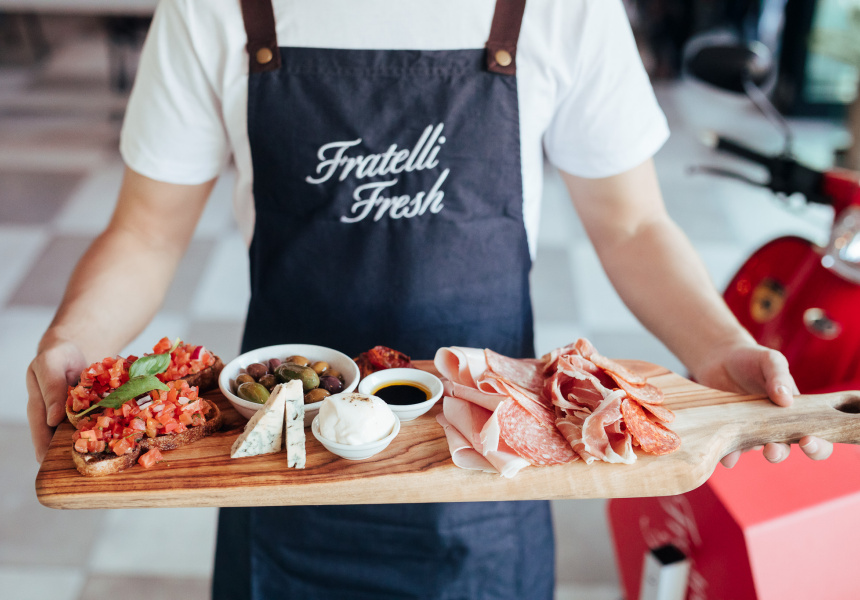 Sydney may not even be out of lockdown yet, but there’s loads of new stuff to look forward to in the coming months – including a brand new, upscale version of Italian-inspired diner Fratelli Fresh, in Grosvenor Place in Sydney CBD.

The new venue is set to launch in November. While the already established Fratelli Fresh eateries – which reopen on October 14 – are casual and outwardly family-friendly, Fratelli Fresh Grosvenor Place will be more slick, catering to a corporate crowd (families will of course still be welcome). It’ll seat 250 patrons across two levels, and include an al fresco terrace with city views.

Pacific Concepts – which operates Fratelli Fresh, as well as The Arygle in The Rocks, unashamedly kitsch Tex-Mex eateries El Camino Cantina, German beer hall-inspired bars The Bavarian and others – has also announced it’s expanding into Queenstown. It’s set to launch a 355-seat outpost of The Bavarian and a 190-seat El Camino Cantina in the south-island city in November. The group already has a presence in the country, with The Bavarian opening in Auckland in 2019.

The news comes as Pacific Concept announces its post-lockdown reopenings, with a progressive roll out of its venues from October 12 (unless newly installed premier Dominic Perrottet alters the state’s reopening road map). El Camino Cantina is slated to reopen on Tuesday October 12 – right in time for its $2 taco Tuesday deal.

Winghaus Barangaroo relaunches on October 12, while its Circular Quay counterpart is back on October 13. The Argyle will throw a mid-week party on October 13, with $10 frozen cocktails from 4pm to 7pm, live entertainment and $10 woodfired pizzas from 4pm to 5pm.

The Bavarian Manly and York Street are set to reopen on October 12, with the other 14 locations progressively reopening over a two-week period. And though it’s a little late, they’ll all be hosting their postponed Oktoberfest celebrations from October 22 to November 28.