Walk down a narrow alley between a 120-year-old church and a 19th-century inn to find a modern space celebrating the cosmopolitan cuisine and culture of Tel Aviv. 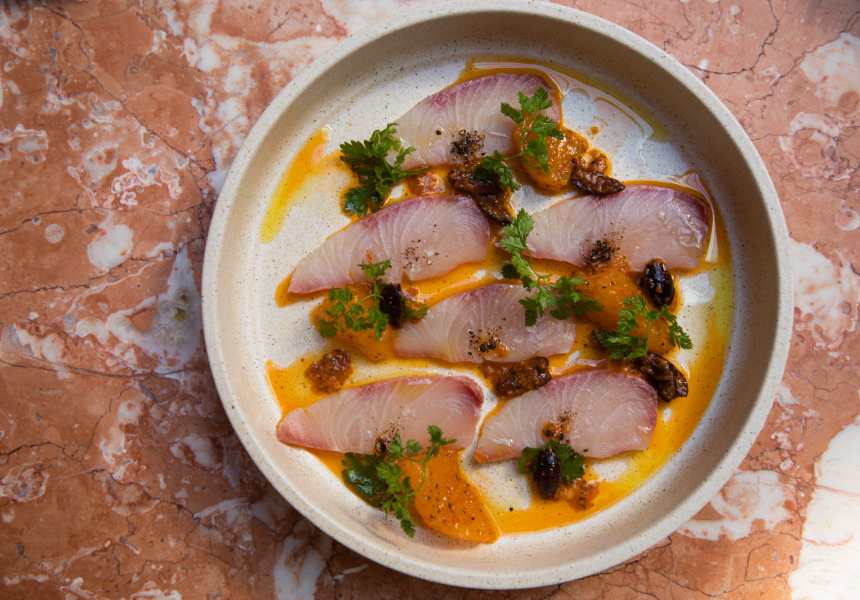 “For many years there was no real identity for ‘Israeli’ food,” says Erez Nahum. “Israel is a young country, it is a melting pot of Jewish, Christian and Muslim populations living and breathing the same air. People from all over the world came to this land bringing their cuisines, flavours and traditions together.”

Enter Shaffa, Israeli-born chef Nahum’s Surry Hills restaurant, which is slated to open in April. To get there, diners will navigate an alley between a 120-year-old church and a 19th-century inn. Shaffa will serve breakfast, lunch and dinner, with a focus on the fusion of Middle Eastern cuisines found in cosmopolitan Tel Aviv. Its signature dish will be the Holy Pita Pocket, a street-food staple that Nahum is giving a contemporary twist.

“Tel Aviv … is the ‘lab’ for [Israeli] chefs, exploring the endless possibilities by mixing up the many authentic flavours within the Middle Eastern cuisines, and finding an identity. The food scene in Tel Aviv is alive, fun and vibrant.”

Nahum says that the atmosphere of Shaffa will evoke the buzz of Middle Eastern markets, with the aroma of spices hanging heavy in the air and music curated by Eliezer Perez, one of Tel Aviv’s best-known underground DJs.

There’ll be an al fresco dining area between the church’s stained-glass windows and the inn’s 150-year-old sandstone walls, and a 10-metre-high glass ceiling to protect diners from the elements.

“During stormy nights, you can watch the lighting and rain pouring over your head,” says Nahum. This area will also be home to the open kitchen. The nine seats at the counter, where diners can watch the chefs at work, will be prime real estate.

“There is an indoor bar area, located in what used to be the original bar of the Appletree Inn,” says Nahum. “The walls in the bar are all exposed sandstone from the 1850s, which has been conserved untouched. The bar area has a sexy vibe to it – dimmed lights and a sense of secrecy. This is where the bartenders will run the show.”

Shaffa is slated to open in April.