The popular pastry chef has found a space of her own. It’ll be called XO Bakehouse, and she’ll be making French pastries and Greek favourites such as spanakopita. Plus, bread and haloumi made weekly from her mum’s recipes. 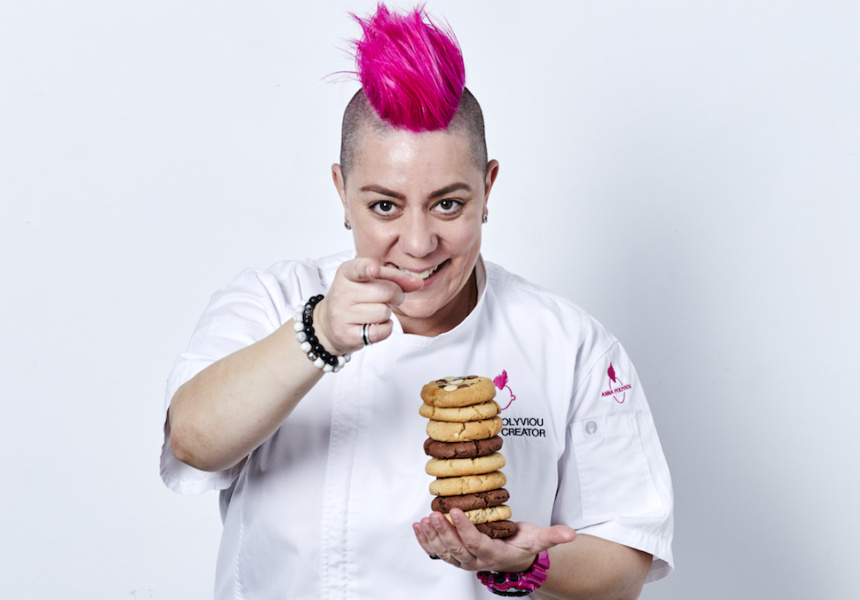 Anna Polyviou only recently picked up the keys for her new space on Marrickville’s Illawarra Road. But she already loves the community spirit.

“I love being in Marrickville. It’s all about community,” she tells Broadsheet. “People keep popping their heads in and saying, ‘Hi Anna!’”

Polyviou has taken over the former premises of pioneering sustainability-focused cafe Cornersmith, which closed in November 2019. While the space has seen a series of cafes since Cornersmith’s closure, none have come close to replicating the success of Cornersmith – a record Polyviou is hoping to change with XO Bakehouse, which is slated to launch in the first week of May.

The chef is known for her intricate desserts and colourful pastries, and she put Shangri-La Hotel Sydney’s pastries on the map. Recently, she also dropped a line of cookie dough via Harris Farm. But while she’ll be making fun treats like fairy-bread croissants – she’s been testing out products at Textbook Patisserie in Alexandria for months now – her Greek heritage informs a large portion of what she’ll be doing.

“We’re going to do Greek classics with a bit of a twist, and also my classic French stuff too,” she says. Think spanakopita and galaktoboureko – a dessert of semolina, custard and honey syrup. Polyviou has enlisted her mum to teach the team how to bake Greek-style country loaves; they’ll be shaped by hand and baked fresh once a week, and the chef hopes the aroma fills the air as people walk by. Haloumi will also be made in-house and packaged to take away.

Polyviou’s popularity guarantees there’ll be lines of people down the block wanting to taste her bright and fun pastries. But it’s the locals – including members of Marrickville’s large Greek community – and soon-to-be-regulars she really wants to cater for.

“You have to really mindful of locals and see what they want,” she says. “People will come from all over, and for that I’m grateful. But these people will be regulars, and we want them to come in and get a smile and get to know them.”

Polyviou is working with local coffee roasters Black Market on an exclusive blend to serve in-house. And while there will be a few seats out the front, much of the space will be transformed into a kitchen with a marble workbench. Passers-by will be able to see the kitchen team at work rolling and shaping dough through the floor-to-ceiling windows that look out onto Illawarra Road. In typical Polyviou style, she’ll be installing decks on the front counter so she can DJ between whipping up pastries.

The space itself needs a lot of work – Polyviou has spent hours cleaning out the detritus left by the last tenants. But with its intricately corniced ceilings, stained-glass windows and raw concrete floors, the bones of the building are in good form, and she’s bringing in architects to help her transform it.

“It just needs love,” she says. “I feel like I’ve been here forever. It’s got so much personality, there’s a lot of history behind it.”

As for the colour scheme?

“Black, white and pink, of course,” says the pink-mohawked chef.

XO Bakehouse will open in early May at 314 Illawarra Road, Marrickville. 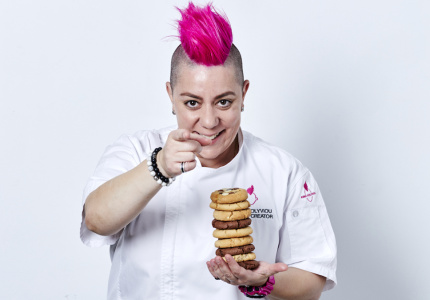 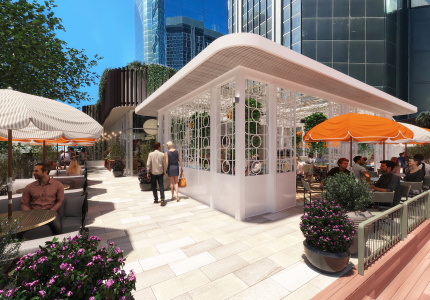 Coming Soon: Rafi, a 300-Seat Restaurant in North Sydney From the Group Behind Bopp & Tone and The Butler