The refurb will pay tribute to the surf culture of the area, while a new restaurant will harness salt, wood and smoke. The Harbord Beach Hotel has stood in the suburb of Freshwater (known as Harbord until 2008) since 1928. Now, after the building changed hands earlier this year for the first time in more than four decades, the pub is set to get a tweaked name and a makeover. The first stage of the newly named Harbord Hotel’s renovation will be unveiled in December, thanks to new owners (and Freshie locals) Glenn Piper and Lachlan Cottee.

The ground level of the iconic pub will reopen next month with a refurbished courtyard and main bar, and a new restaurant that takes cues from its proximity to the ocean. (Parts of the pub have remained open during renovations.) The space has been designed with architects Alexander & Co (Glorietta, Tilly May’s, Watsons Bay Boutique Hotel), with a “new sun-bleached identity” and features of the building that have been hidden for decades opened up. Guests will be encouraged to head straight from the beach for drinks in the expansive courtyard.

“We want Harbord Hotel to be more than just a pub for our guests,” Piper said in a statement. “It’s a home, a hangout, a place where you can pop in after a surf and grab a bite to eat and be on a first-name basis with staff.”

New restaurant Balsa will base its menu around the flavours of salt, wood and smoke. Head chef Adam Rust (ex-12-Micron) will present dishes that highlight local seafood and forage the nearby coastline for herbs.

The drinks menu will also play with the flavours of smoke and salt in cocktails such as Margaritas, and feature coastal wines and Australian beers. Come summer, the pub will put on a host of free events and entertainment, including live music.

The second phase (which doesn’t yet have a launch date) will add boutique accommodation and a cafe to the building.

The first stage of the Harbord Hotel’s renovation is slated to open in December 2020. 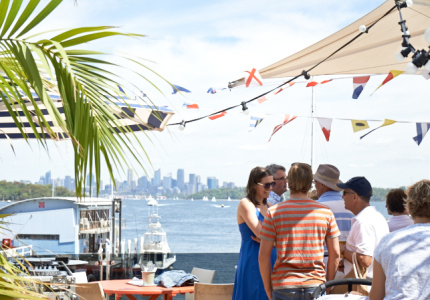