Coming Soon: The Cosmopolitan Double Bay Is Set to Reopen With New Owners

They’ve been instrumental in the success of Manly Wine and The Winery.

John Duncan and Anthony Prior 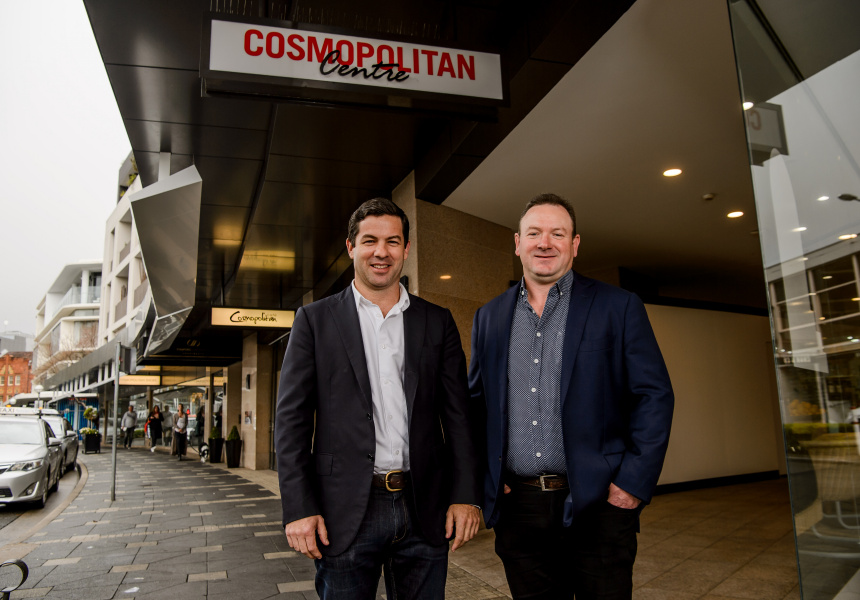 John Duncan and Anthony Prior

Photography: Courtesy of The Cosmopolitan
1/3
by Che-Marie Trigg
Share

Double Bay’s Cosmopolitan Cafe was an eastern suburbs mainstay for more than 40 years – but back in August it closed down, leaving locals wondering what would take its place. Come November 1, it will reopen with the same name – but a totally different approach.

Its new owners are John Duncan and Anthony Prior, who have worked together on popular Sydney venues The Winery and Manly Wine, as well as the recently opened Angelo’s Cabarita. Together, they’re revamping the venue and its menu to keep the classic cafe open and relevant. The new Cosmopolitan will be open for breakfast, lunch and dinner, with a seafood-led menu put together by head chef Joel Robinson (Barrenjoey House, Manly Wine) that takes cues from the Mediterranean.

“We want to make sure we’ve got something for everyone. We’ll also have some fantastic non-seafood options, including some great cuts of meat and smaller bar menu items,” Duncan tells Broadsheet. “We will also cater for dietary preferences and allergies including vegan, vegetarian and gluten free.”

A raw bar will be piled with oysters, caviar, prawns and lobster, and seafood will work its way into menus throughout the day, with dishes such as a lobster Benedict at breakfast, blue swimmer crab and grapefruit salad at lunch, and baked langoustines (Norway lobsters) in butter for dinner.

“The Cosmopolitan really seems to represent a huge amount of Double Bay’s cultural past, and it was a shame to see it under-utilised,” says Prior. “The outdoor dining area has been at the heart of The Cosmopolitan since the ’80s, and cafe society [themes] will still very much be weaved into the fabric of what we’re doing.”

The overhaul will be spearheaded by AZBcreative, which has worked on a clutch of Sydney venues including Mjolner, Kittyhawk and Butter Surry Hills. The space, which includes an outdoor dining area and a bar out the back, will fit 150 people. Expect leather banquettes, oak and marble bar tops and tables, and plenty of greenery tumbling from the walls.

“We want The Cosmopolitan to be lively, welcoming and unpretentious,” says Duncan. “Although the venue looks refined, we still want there to be a casual undertone. We feel that the experience we’ve developed over many years has led us to produce a venue with a maturity that we’re quite proud of.”

When John Gyarfas took over Cosmopolitan Cafe back in 1980, he transformed it from a run-down diner into a respected European-style eatery. He became known as the father of Sydney cafe society, a reputation Prior and Duncan are keen to nurture and celebrate.

“The community wants the venue to be thriving – a place to sit and be social,” says Prior. “We want The Cosmopolitan to feel like the heart of Double Bay again.”

The Cosmopolitan is slated to open on November 1 for breakfast, lunch, dinner and drinks.