The popular eatery is expanding east, bringing its four signature ramen styles with it, as well as yuzu highballs and Japanese beers. And now owner Keita Abe has set his sights on Bondi Beach, where he will set up an outpost of Chaco Ramen inside what used to be The Italian, on O’Brien Street.

“A lot of our customers are already from the eastern suburbs,” Abe tells Broadsheet. “One of my regular customers from Darlinghurst spotted me on the street here [in Bondi] the other day and she was so happy about it.”

Abe’s four signature flavours will migrate east with him: the Sichuan-inspired Chilli Coriander, a Neil Perry favourite; Yuzu Scallop, with John Dory and prawn wonton; Fish Salt, with chashu pork and John Dory wonton; and Fat Soy, a pork soup with a soy base.

In addition to the four staples, there will also be chintan (a clear chicken broth popular in Tokyo) and a small selection of yakitori. The crowd-pleasing Chaco Highball (with house-made yuzu syrup and soda) will be on the drinks menu alongside a selection of Japanese beers.

“In Japan, people often enjoy their ramen after a surf,” says Abe. “They also like beer and skewers in the beer garden.” Sound familiar, Bondi?

Chaco Ramen Bondi is slated to open in August. 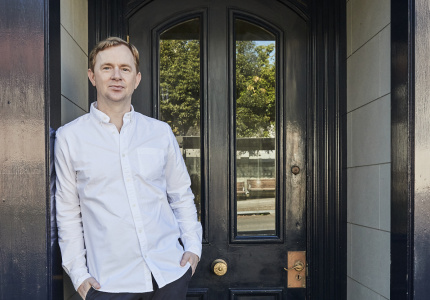