Coming Soon to the CBD: Industry Beans, a Cafe With a Molecular Gastronomy Bent

The Melbourne-based company is bringing its popular cold-brew bubble cup coffee to Sydney. 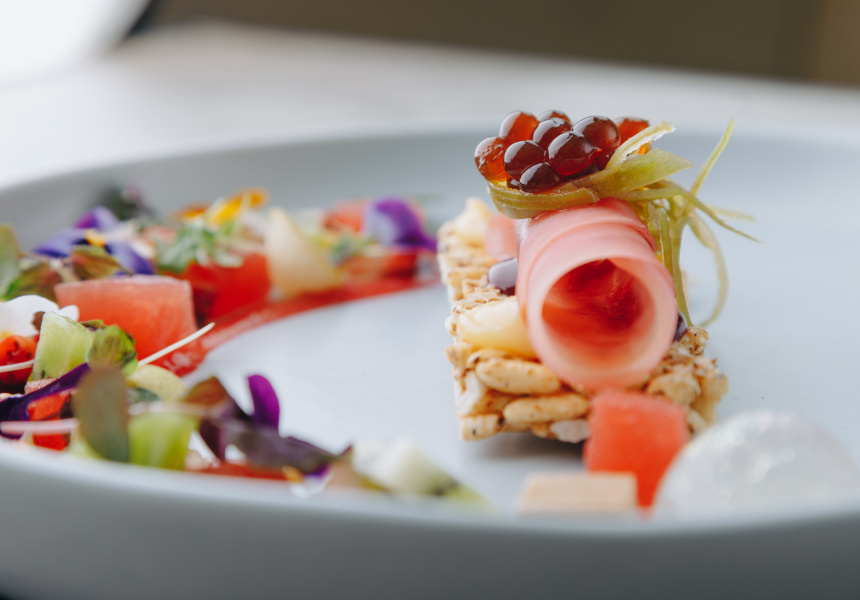 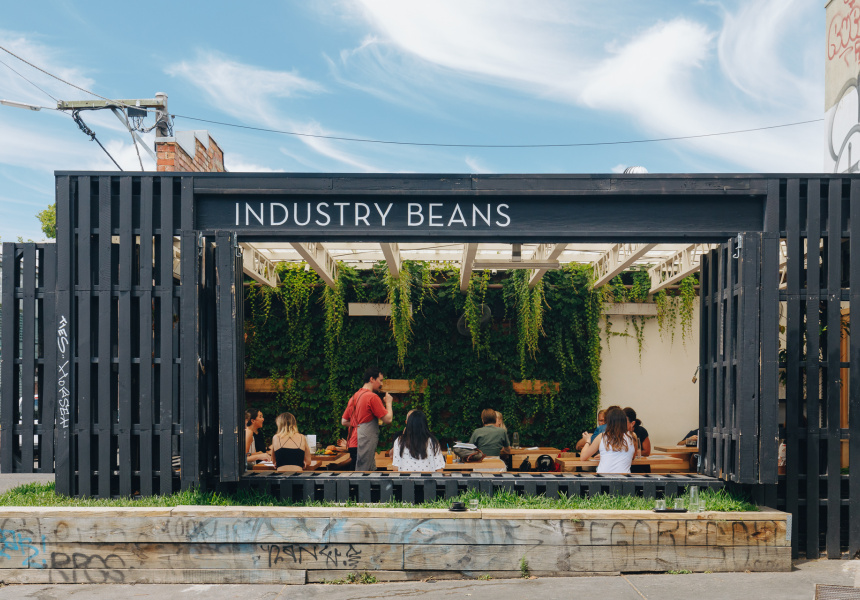 Sydney’s CBD has no shortage of places to pick up coffee – it feels like there’s one for every day of the year, and then some. But spots where you can sit down for a leisurely brunch in a nice room? Those are much harder to find.

The guys behind Melbourne roastery and cafe Industry Beans think it’s about time that changed. In March they’re opening their first outpost outside of Melbourne. It’ll have 20 seats and follow in the footsteps of its two predecessors: sleek, minimal design with a lot of white.

The cafe will be housed in a heritage-listed building on York Street, which, in its last iteration, was an office building and has recently been restored to its former glory. Co-founder Trevor Simmons said they found the space 14 months ago, but have only just received the keys. When Broadsheet spoke to him they were two weeks into a five-week reno.

“We’ve been thinking about coming up to Sydney for three years,” he says. “We didn’t want to do something like we were doing in Fitzroy [where they have a roastery and tasting room along with a cafe]. Sydney’s already done that. Sydney and Melbourne have been on the same trajectory with their food scenes for a while now, so we didn’t want to replicate what had already been done.”

It won’t be a grab-and-go joint, but rather a place people can hang around for while, whether it’s for a leisurely breakfast, a business meeting (there will be a Wework upstairs) or a weekend brunch. It’ll be open every day.

The space will be outfitted by Melbourne-based Design Office, which has created interiors for Mud in Double Bay and Melbourne’s Kazuki’s. There will be a large white coffee bar, and separate areas for dining in and grabbing takeaway. Much of the interior will be crafted from sustainable materials.

Like other recent Sydney openings Humm and Went to See the Gypsy, it’ll have a customised La Marzocco Modbar coffee machine, where the machinery sits beneath the counter and the coffee-dispensing taps sit on top.

“It means there’s no physical barrier between the barista and the customer,” says Simmons, who runs Industry Beans with his brother Steven. “Things look nice and neat, the barista can talk to people as they’re making the coffees, and people can see what we’re doing. We’re all about transparency – everything is on show.

The coffee coming out of those spouts will be Industry Beans’s own roasts and blends of single origin beans. The group has also become known in Melbourne for its cold-brew bubble cup, which combines cold-brew coffee, coffee-soaked tapioca pearls, house-blended condensed milk and soy milk.

Simmons says the food menu will use “nice produce” with lots of gels and foams, and have good takeaway options. The cafe will be collaborating with local chocolate makers on chocolate-coffee truffles, which will be paired with the drinks.

“The menu up here will be Sydney-focused,” says Simmons. “But we’ll put our own spin on everything.”

Industry Beans is slated to open in March.