Traditionally brewed pure rice sake by the glass, carafe or bottle, a menu drawing on ingredients and cooking techniques from Asia and Europe, and some 2500 vinyl records to listen to. 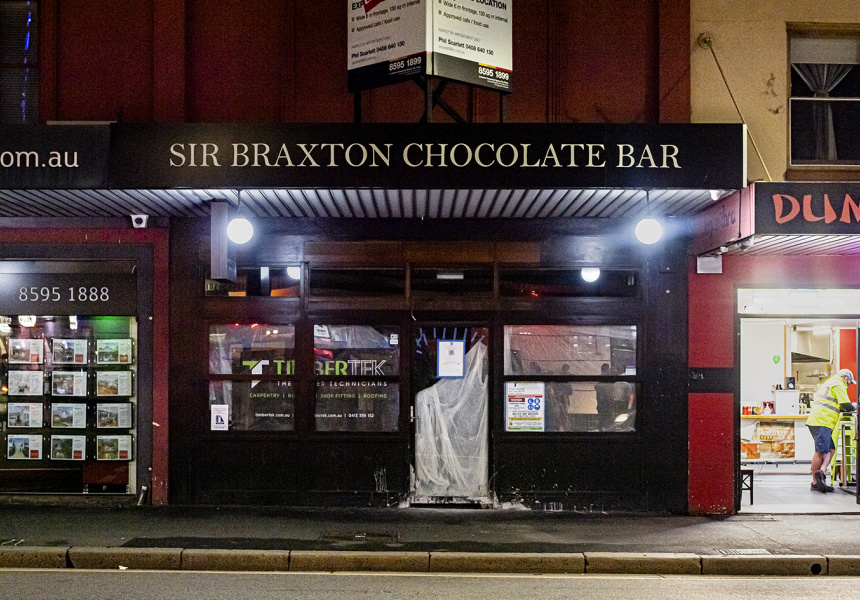 “It’s like putting on a pair of shoes that I haven’t worn in a while,” Matt Young says of the run-up to opening his Newtown bar, Ante, after more than a decade operating Black Market Sake.

Before becoming one of Australia’s leading importers of junmai (pure rice) sake with business partner Linda Wiss, Young was a celebrated sommelier at Fratelli Paradiso and 10 William St, so his return to hospitality feels like coming full circle.

Ante isn’t a Japanese bar, but sake features heavily on the menu. “There will be 60 sakes available by the glass, carafe or bottle, and we’re offering sake flights where we can tailor a selection of three sakes based on people’s tastes,” Young tells Broadsheet.

At the premium end of the range are sakes aged for up to 40 years. In keeping with the Black Market Sake offering, the focus at Ante is on junmai made by traditional sake producers, but there will also be a range of other spirits such as whisky and gin.

“We want to showcase sake and how it pairs with food, focusing on snacks and larger dishes that highlight the marriage of food and sake together. I don’t want to pigeonhole the cuisine because the influences are broad,” Young says.

Although sake is at the centre of the offering, Ante isn’t quite a sake bar; rather, it’s a hybrid that incorporates the concept of a “jazz kissa” or listening bar. “In Japan there are bars with collections of thousands of records. Something gets picked by the owner to play and he serves you beer or coffee.”

At Ante, customers will listen to Young’s collection of around 2500 vinyl records while sitting along the L-shaped bar that runs from the front bar to the open kitchen.

Young has been thinking about the concept of Ante for a long time. “It’s always been a dream for me to do, but the timing was never quite right.”

Opening at the tail end of a lockdown isn’t great timing either, but Young is ready.

“Experience has taught me that anything is possible. Black Market Sake was born in the middle of the GFC – it was really bad timing – but we persevered, and I hope Ante will be the same.

“A good friend told me, when you start a business in a climate like this one, the only way to go is up.”

Ante is slated to open at 146 King Street, Newtown, in November.