The latest way to enjoy coffee - from cherry husks. 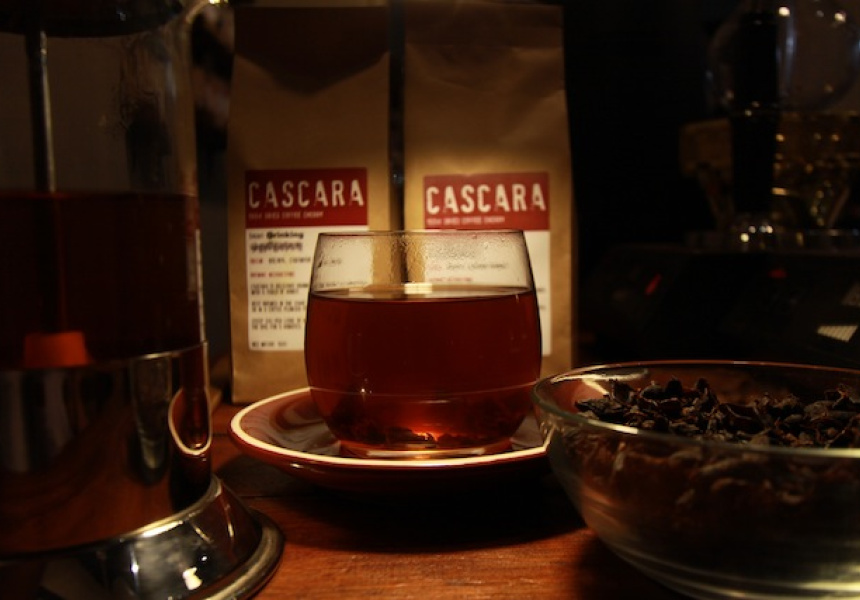 It may not sound all that appetising, but this is exactly what’s brewing at some of the third wave coffee spots around town: the dried skin and pulp of the coffee cherry, better known by it’s name, cascara, which is Spanish for husk.

So what exactly is cascara and what is all the fuss about? “Cascara has a very long and interesting history,” says Fleur Studd of Market Lane Coffee in South Yarra, Melbourne, who has been testing and experimenting with cascara and plans to start retailing from early May.

“Coffee farmers in Yemen and Ethiopia have in fact been drying and brewing cherry like this for centuries – possibly since before coffee seeds were used to make a drink,” she continues. “In these countries, the dried cherry is often steeped along with spice such as ginger, nutmeg or cinnamon to make a fragrant drink know as Hashara in Ethiopia, or Qishr in Yemen.”

But it’s the simple, dried, brewed cherry that is showing up in Australia. A by-product of the coffee production process, cascara is the pulped up flesh of the coffee cherry that surrounds the seed of the fruit. “That [flesh] and the water that they use to pulp it usually goes back onto the coffee plants as irrigation,” says Keith Reay of Bean Drinking in Crows Nest, Sydney, where they have recently added cascara to their beverage menu. He points out that, typically, it’s been treated as a by-product and as such has not generated much interest outside of coffee growing regions.

Dried, the coffee cherry looks much like a woody sultana or raisin, but steeped in boiling water it delivers a rich amber-hued tisane. “It’s a really lovely beverage,” says Studd. “It has a soft acidity, plum sweetness and notes of grape, stewed apple and honey. The flavour profile is really unique and refreshing and it makes an excellent palate cleanser.”

And it seems that Studd has sparked a wave of appreciation for this once little known beverage. “I love the idea that it could bridge that gap between tea and coffee drinkers,” says David Gilfillan of The Golden Cobra coffee, who is poised to retail cascara imported by Studd through his own coffee brand. “We’ve had some really good results. A basic flavour description would be that it’s like rosehip tea and orange juice.”

But most coffee guys would agree that the value of cascara lies in its potential to educate consumers further about what coffee actually is.

“I was interested in it because I only serve black coffee,” says Mark W Free of Black Coffee, the pop-up coffee experience that serves filter coffee (not espresso) with no milk or sugar in Melbourne and Sydney. “I do occasionally get people who come along that simply don’t drink coffee and I was trying to think of what would be an alternative that I could serve that complemented what I do and be consistent with my philosophy. I think cascara is really valuable to have just as an education tool, as a way to get people aware of the coffee cherry. Most people really don’t think about what coffee is or where it comes from.”

And cupping the dried berries in the palm of your hand, it’s easy to comprehend a little bit more about the coffee production process. “Most coffee drinkers don’t have any idea of coffee as a fruit and that it’s inherently sweet,” says Free. “We think of it as bitter. Cascara is a really good prop to show people where coffee comes form and that it’s a sweet fruit.”

Brewing methods and ratios are still in the experimental phase. Reay uses a French press/plunger method, while Free favours the theatrics of the siphon. Both tried cascara for the first time at Market Lane. Free believes that it’s difficult to over-brew cascara, while Gilfillan advises that he pours off the liquor as soon as possible to avoid tartness. Caffeine content is unclear and we haven’t seen much of it in Australia as yet, not only because of its waste product heritage, but also because as a dried fruit it has been difficult to import.

If the tea-like drinking experience has anything to do with it, all that is set to change. Just don’t expect cascara to be anything like your everyday espresso – you’ll miss the fun entirely. 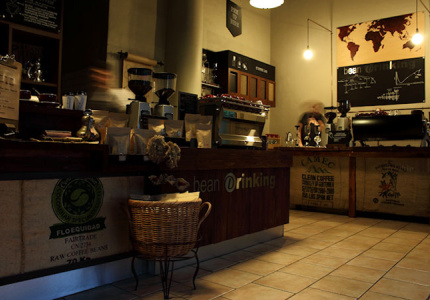