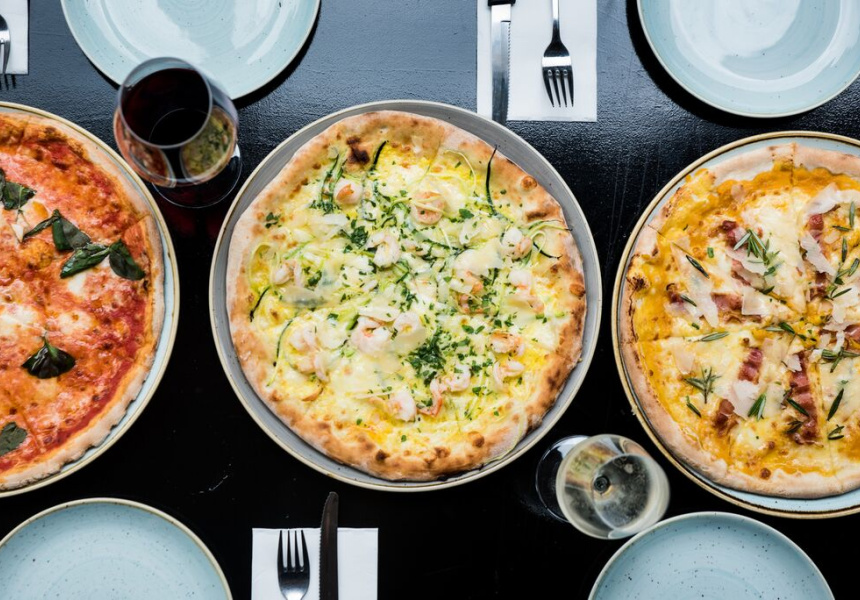 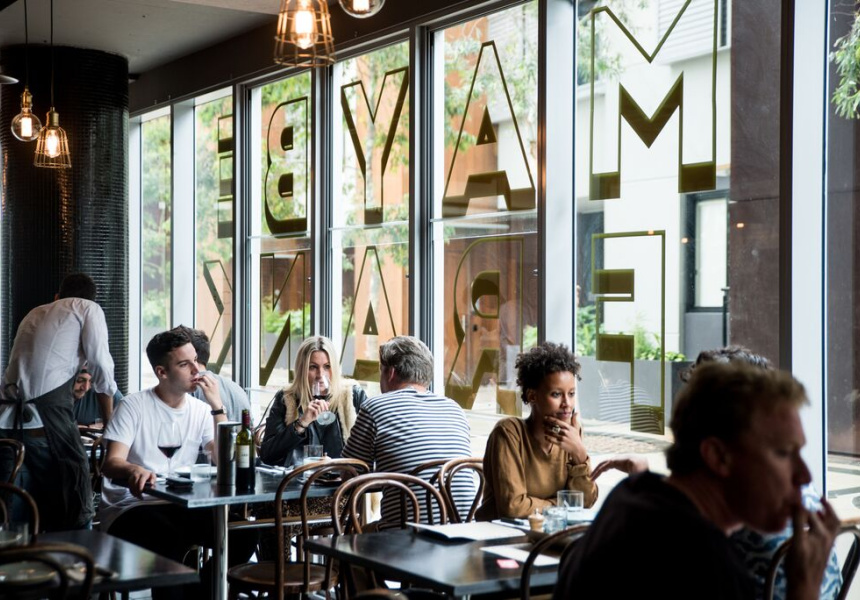 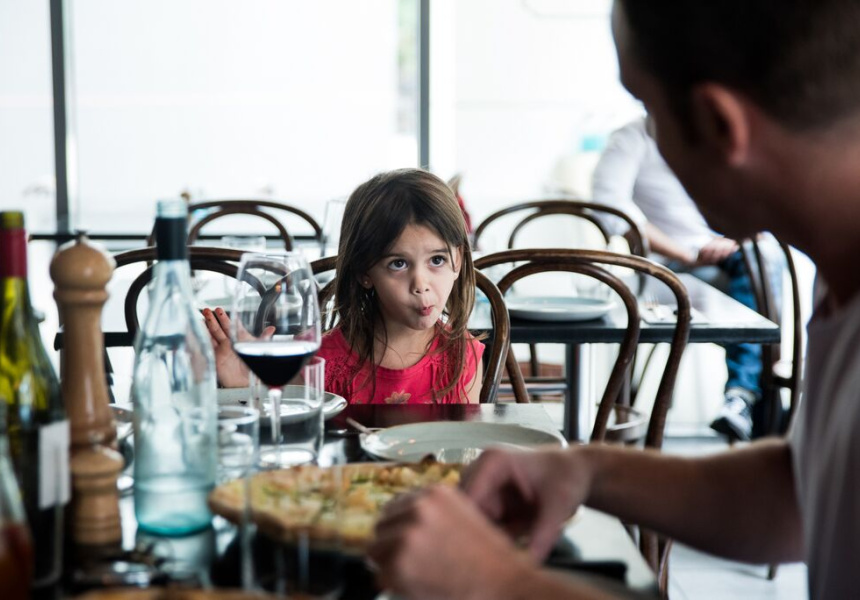 Most of the best pizzerias in Sydney follow a similar formula: Italian name, Neapolitan pizza and Italian wines. On the site once occupied by pizza pioneers Mario’s, there’s a new pizzeria doing things differently. It’s called Maybe Frank and it’s serving pizzas from northern Italy with the kind of well-crafted cocktails you’d expect from Eau de Vie or a Swillhouse venue.

The pizzaiolo, Alessandro Spadoni, is from Ferrara where the pizzas are cooked for longer under a lower temperature. That makes a slightly crunchy, firmer base lacking the doughy, blistered edge on a Neapolitan pizza. “You should be able to hold it like that,” says co-owner Vince Lombardo while holding a triangular napkin pinched at the back so the tip doesn’t dip downwards. Spadoni makes his dough every day following 24-hours of fermentation.

There are 23 pizzas to choose from, two being the frutti di porko, with different cuts of pork, and the zucca with pumpkin, pancetta, mozzarella and rosemary, which is a specialty in Spadoni’s hometown. The rest of the menu is compact, with just a small selection of antipasti plates mixing Australian and Italian cheeses and meats, three pastas and three salads. A Ligurian dish can be attributed to Stefano Catino, Lombardo’s business partner. When you eat pesto in Liguria, you eat it fresh and unadorned. This lasagne is simple, with lasagne sheets dispersed with nothing but a heavy load of pesto.

The Sophia, a delicately balanced, blush-coloured elixir of Cocchi Rosa, tequila, dry Spanish sherry and rose geranium syrup matches well. “I imagine a kiss from the most beautiful woman in the world would taste like this,” says Andrea Gualdi (ex-Artesian Bar London), Maybe Frank’s cocktail man. Gualdi is one of Sydney’s new wave of barmen bottling his cocktail blends and mixing fresh ingredients to order.

It’s an accurate analogy for the restaurant in both offering and design. The fit-out hasn’t changed dramatically from when it was Mario’s but the palette is certainly darker. With a black-tiled column centrepiece, black furniture and a black ceiling contrasted against a glass façade and a wall mural from Jamie Preisz it feels casual, young and late-night compared to other Sydney pizzerias.