At Ester, chef Mat Lindsay proved woodfired cooking is about more than just pizza. With Poly, he’s turned his attention to possibilities of the wine bar. 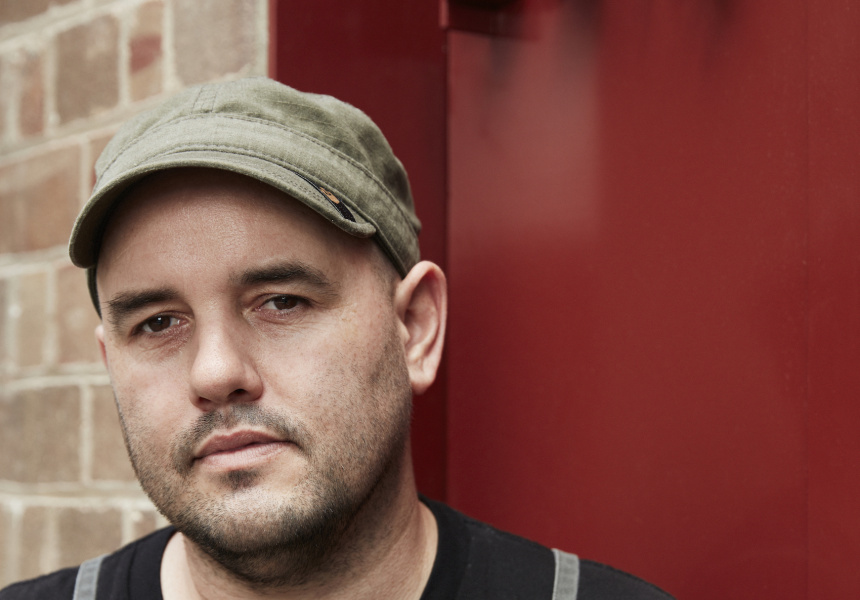 If it looks like a wine bar and quacks like a wine bar, it’s probably a wine bar. Unless that wine bar is Poly, the sophomore effort from Mat Lindsay of Ester fame. When he and business partner Julien Dromgool were drawing up their plans for their 80-seater in the basement of the Paramount House Hotel, “a bar with snacks” was the elevator pitch. Sydney had other ideas.

“We worked out pretty quickly that’s not what people expected from this,” Lindsay says of Poly’s first quarter. “They thought it was going to be another Ester.”

The expectation is understandable. The fire-breathing restaurant in Chippendale was an instant hit, and five years later competition for its 55 seats is still fierce. What Sydney diner wouldn’t want some of that magic a little closer to the CBD? So we did as the brief suggested, partially because reservations weren’t (initially) taken, but also because we wanted to see if that blood sausage pie – a crisp-shelled, mustard-spiked heir apparent to Ester’s famous blood sausage sanga – tasted as good as it looked on Instagram. (It did.)

The pie is – or was, as it’s since been retired – one of Poly’s many links to Lindsay’s past. Isabelle Caulfield, head chef of Poly’s matchbox of a kitchen, was his sous at Ester, and the room’s sparse, semi-industrial fit-out is the handiwork of Anthony Gill Architects, the firm behind the look of sadly departed Italian favourites Berta, Vini and 121BC – all restaurants on Lindsay’s CV.

You’ll find flashbacks on the menu too. Those that swung by Poly during its opening month might have spied the tea-smoked quail on the menu – a nod to Lindsay’s stint at Rockpool, where the technique was applied to duck and ocean trout. That crazy-good salted egg yolk sauce served with grilled king prawns from Clarence River, meanwhile, tastes like a souvenir of our man’s time at Kylie Kwong’s Australian-Chinese eating house, Billy Kwong.

But more often than not – just like at Ester – freestyle is the house style at Poly. True, cooking without borders is commonplace among Australian chefs, but Lindsay’s kitchen spidey sense seems finer-tuned than most others’.

Enriching choux pastry with comte and frying it like a spiralised, Turkish-style churro? Strong play, as is dressing silky mopheads of enoki mushroom in a white-pepper sauce spiked with pancetta fat. It’s spaghetti carbonara gone wild.

Raw beef is everywhere in Sydney right now, yet few tartares or crudos feel as essential as Poly’s version. The finely cut chuck bound with fermented chilli and what Lindsay describes as a mayonnaise-y “egg butter”? Great, but it’s the disc of grilled parmesan atop the meat that completes the dish. Experienced eaters of Italian might recognise it as frico, a cheese crisp from Friuli in Italy’s north-east, but for a more homegrown reference, think those crackly, baked-on webs of cheese found inside jaffle makers.

As at many of Sydney’s wine hotspots, lo-fi, broadly “natural” producers star on Dromgool’s wine list. Although house wines from cult Australian labels Commune of Buttons (Adelaide Hills) and Si Vintners (Margaret River) are reasons in themselves to visit, the surprises go beyond the grape. The wide world of sake is well represented, while the recent arrival of Jake Down – formerly of Darlinghurst bar This Must Be The Place – has given rise to some intriguing cocktails. Exhibit A: the Lucid, a kind-of melon liqueur Martini and potential instigator for a #MakeMidoriGreatAgain uprising.

Likewise, Poly’s lettuce salad is playing its part in reforming the vegetable’s daggy image. Individual leaves of gem lettuce are dressed with a horseradish emulsion and crushed macadamias, stacked like cards, then rolled up before being put in the fridge to set. Anyone coming around to mine over summer should brace themselves for (invariably shoddy) copies of said salad. I’ll serve you bread, too, but it won’t hit the table steamy and just-baked like Poly’s grilled sourdough, nor will there be a tiny bowl of deluxe tahini sharpened with a bright, peppery olive oil.

The tail end of the carte features just the one cheese option – squishy Brillat Savarin, a cow's-milk triple-cream brie, cleverly played off against bitter witlof leaves and blood-orange marmalade – but it’s a winner. Otherwise, entirely serviceable albeit (relatively) straighter sweets such as mandarin meringue tarts and fried doughnuts with Chantilly cream close out the visit. They’re totally fine, but for those hoping for a send-off as memorable as Ester’s landmark coconut sorbet with sake, it’s a case of “watch this space”.

Perhaps I’m being unfair comparing Poly with Ester, but as the saying goes, things are different the second time around. Or at least they are for the crew that gave Sydney one of its favourite restaurants. Yet despite these heightened expectations, team Ester has delivered and successfully transplanted the freewheeling cooking, adventurous drinking and cool yet informed service of the Chippendale mothership.

Is it a wine bar, though? I’m not sure (and I don’t know if management is all that certain either). Twice I dropped in for quick glasses and plates, but it was only when a buddy and I settled in for dinner and bottles that Poly felt right. Poly might be “a bar with snacks”, but it’s a bar with snacks that has eaters firmly in its sights. 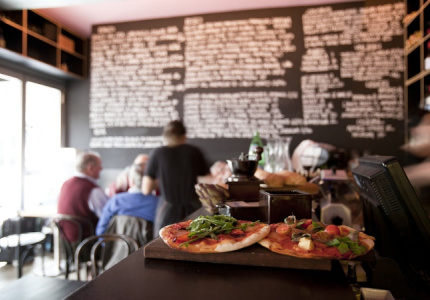