Underground by name and nature, the newest member of the Mary’s family mixes food, drink and live music in a way never before seen or heard in Sydney. But this package isn’t without drawbacks. 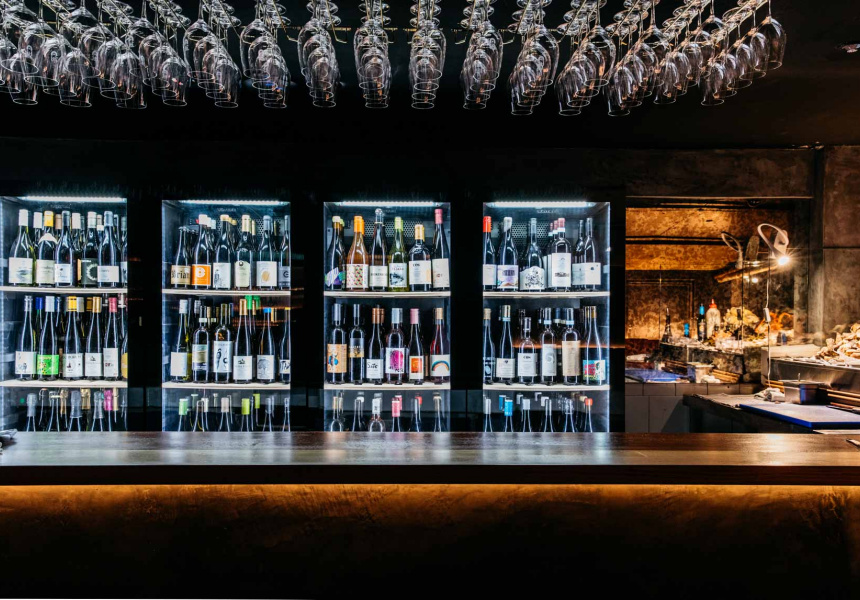 So goes the Instagram bio for Mary’s Underground, a recent member of the Mary’s family. This three-word description is a key detail.

Since opening the original Mary’s in Newtown in 2013, Jake Smyth and Kenny Graham have come a long way and added bottle shops, pubs and pizzerias-inside-pubs to their burger and fried chicken empire. Mary’s Underground is the duo’s most ambitious move yet.

Until last year this corner of Circular Quay was The Basement, a long-running music club and restaurant that hosted touring superstars and promoted emerging Australian talent. Like many Sydneysiders, Smyth and Graham were devastated when they heard it was closing. Unlike many Sydneysiders, they were in a position to do something about it. That something, which opened in May after a five-month “Mary-fication” of the space, is one of 2019’s more original arrivals.

Candles and carpet give the room an air of the classic. Timber balusters and high tables encircle the dining area in front of the stage. The sound system is punchy while staff in black stretch jeans and Blunnie work boots (black 510 unisex originals, for you Blundstone spotters) chime with the Australiana theme. If nearby Hubert is the restaurant equivalent of the Copacabana scene in Goodfellas, Mary’s Underground feels like it’s been lifted straight out of Underbelly, only with fewer career criminals and more musicians.

In a nod to the Basement’s history, its music policy is “jazz” in the broadest, most party-starting sense of the word. Bands are booked for month-long residencies and play everything from driving hard bop to jaunty gypsy jazz. One style you won’t hear, though, is snoozy telephone-on-hold jazz. Background music this ain’t.

Drinking is a big deal here too. A round of applause for Caitlyn Rees, the group’s recently appointed wine director, who dazzled Sydney’s drinks scene as sommelier at Fred’s in Paddington. This new gig has allowed Rees to really explore her interest in minimal-intervention winemaking, as evinced by a list rich in natural-wine royalty. Glass pours are notable for both the breadth of the offering (there are more than 30 wines sold by the glass) and Rees making the effort to include the names of the women and men behind each wine in her tasting notes. The musicians’ names are in lights: why shouldn’t vignerons be afforded the same respect?

Rees is also a dynamic force in the dining room where it seems Underground’s better front-of-house team members have congregated to talk food, pour wine, clear plates and do all those things one associates with good restaurant service. If only the bar staff – disorganised, uninterested, did-I-offend-that-person-in-a-previous-life? – was as polished. Thankfully, potent cocktails such as a bold Vieux Carre and warm welcomes at the door from beaming hosts help take the sting out of this uncharacteristic indifference.

On paper, the nostalgic “Aussie bistro” restaurant and bar menus chime with Underground’s retro swagger, but uneven execution breaks the spell. Although the oysters are briny and shucked to order; the duck fat potato pave and roast carrots are good and crunchy in all the right places; and puffy calamari rings evoke fond memories of summer beachside kiosk dining, a lot of the food comes with asterisks and caveats.

A three-seafood crudo starring Moreton Bay bug meat (good!), ocean trout and yellow fin tuna (its underwhelming taste suggests the fish might have benefited from a spell of ageing) is drowned in olive oil. The squishy potato tortilla is also monstered by its accompanying salty and creamy seafood sauce. The famed rotisserie duck, sadly, arrived minus the crisp skin I’ve heard so much about from friends and colleagues. Mezcal is the overriding flavour of an overly boozy bombe alaska.

Prices are comparable to the nearby Rockpool Bar & Grill – a similar, if less ocker prospect than Underground – but without the execution, Mary’s Underground, as purely a dining prospect, starts to look shaky.

Then again, Underground operates without a cover charge. You’re welcome to come in and, if there’s space, sit at the bar, drink good wine and enjoy the show. And just as there’s no such thing as a free lunch, there’s no such thing as a free Friday-night brass brand performance. Adding a small tax to cocktails, grilled line-caught fish, and the burgers and fried chicken (which you’ll find on the late-night Friday and Saturday menus) Mary’s is legendary for seems, in the grand scheme of things, like a reasonable ask to keep music alive in this part of town.

A footnote: the night I visit, Godriguez & Friends – a five-piece fusing psychedelia, hip-hop and soul – were playing and playing very well. They were excellent, doubly so because the band was joined by singer Meklit Kebrit of The New Vesuvians. The next day I downloaded albums from both bands. Later that week I bought Godriguez’s latest album on vinyl. Neither would have happened if I hadn’t descended the stairs into Mary’s Underground.

Dinner might not have been all-time, but as a place to hear fresh sounds, discover new-wave booze and let down one’s hair, Mary’s Underground is a bold addition to Australia’s live music ranks.