A Closer Look: A1 Canteen

This casual, all-day eatery across the road from the mothership – Automata – might just be the future of Australian cafes. 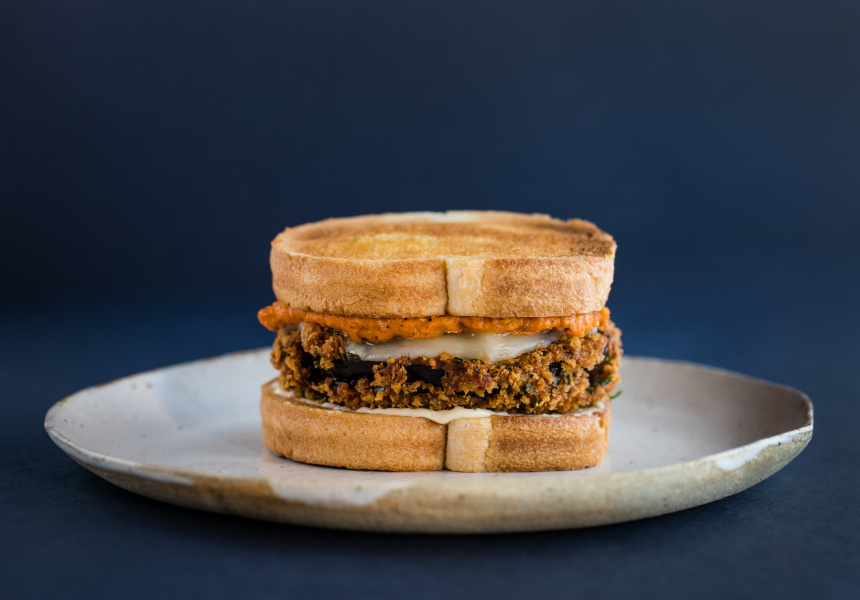 “A Closer Look” is a new series in which Broadsheet editor and noted food writer Max Veenhuyzen examines the city's restaurants with a more critical eye.

Forget Vegemite – the cafe is Australia’s most important contribution to global food culture. From New York to London and Paris to Tokyo, the young and with-it crowd packs into Australian-style cafes to eat smashed avocado on toast, sip flat whites and daydream about sunshine, white-sand beaches and entire days spent in athleisure. It’s fitting that many of these overseas bureaus bear Melbourne-centric names such as Little Collins, Brunswick and Flinders Lane. Coffee is as synonymous with the Victorian capital as AFL, the arts and dark clothing. But while Melbourne might be the birthplace of Australian coffee culture, Sydney is, right now, home to Australia’s most forward-thinking cafes.

Take, for example, Boon, the Thai town cafe-slash-grocery where regulars hook into pandan-custard croissants, sandwiches cradling fiery Thai relishes and other glorious Siamese-Australian mash-ups. Rising Sun Workshop, meanwhile, unifies the hitherto unconnected worlds of motorcycle repairs and breakfast ramen. And who can forget Saint Peter’s weekend brunch menus that see your smoked-salmon eggs Benedict and raise you a sea-urchin crumpet? In June, this gang of disruptors welcomed its newest member, A1 Canteen in Chippendale.

Never mind the name – this all-day eatery from chef Clayton Wells and his partner Tania Fergusson is a cafe through and through. There’s a takeaway coffee window. Solo diners browse food and lifestyle journals. Pastries and brioche-crust egg tarts line the counter. While the setting doesn’t exactly scream, “My owner survived high-performance kitchens such as Noma, Momofuku Seiobo and Quay”, it does hint at our man’s keen eye for good design (before he became a chef, Wells flirted with the idea of studying architecture). This interest in form and function informs everything at A1, from the room’s geometric, Bauhaus-influenced look to the cooking: direct, faff-free and bounding with flavour. That’s not to say Wells and A1 head chef Scott Eddington (his former sous chef at Automata) don’t know how to go off-piste.

At night, the dinner menu offers surprises such as glossy tagliatelle with pickled mustard greens and chilli; raw lamb ramped up with tahini yoghurt; and sourdough paired with an addictive bush tomato-enriched butter. There’s also oil-dressed burrata; deep-fried green olives stuffed with anchovy; engaged service and new-wave wines – elements borrowed from Automata, the tasting menu-only restaurant Wells opened in 2015 with Fergusson and Singaporean hotelier Loh Lik Peng. Although everything is squishy and crunchy and ferment-y and salty and tasty in all the right places, it’s hard not to feel as if I’m eating Automata food, only in a roomier, more muted space. (That the two restaurants are right across the road from each other doesn’t help, either.)

Come breakfast and lunch, A1 and its roll call of reimagined standards are in a league of their own. Exhibit A: A1’s scrambled eggs. Their ruffled, silk handkerchief-like texture? A sign of gentle, patient cooking. The well weighted dash of curry powder in the eggs? Just one instance of how creative thinking can make the familiar sparkle anew, as is serving said eggs on a toasted English muffin with chipolata-like pork sausages from neighbour LP’s Quality Meats. Elsewhere: pickled chillies and fermented cabbage are an inspired inclusion on the restorative breakfast plate, while chilli oil and fried shallots bring welcome heat and crunch to the soft-on-soft-on-soft pleasures of grilled mortadella and fried egg in a milk bun.

On the topic of deliciousness-betwixt-bread, fellow sandwich stalkers will find plenty on the menu to write home about, doubly so if they swing by at lunch. But while more-is-more and stoner-inspired seem to be watchwords for modern day Earls of Sandwich, A1’s focus is on creating the very best versions of proven combinations. Thick-cut white bread and well-dressed gem lettuce equal a doorstopper of a roast-chicken sambo. Creamy egg salad plus ham is a win for the classics, while a plus-sized puck of fried eggplant teamed with romesco sauce and provolone anchors a bold, no-meat winner.

But the undisputed king of the sandwiches is the muffuletta, an Italian sandwich synonymous with New Orleans. A1’s Instagram-ready version is carefully built over two days and involves hollowing a loaf, filling every square inch with cold cuts and pickled veg, weighing it down and cleaving it into colourful, pâté en croute-style slices. Crucially, each filled loaf is briefly baked in the morning before lunch to both crisp it up and bring its contents to temperature.

Salad is the other aspect of lunch, with each day’s selection available as is or with your choice of protein. While greenery doesn’t generate the same social media traction as the sambos (“You don’t make friends with salad!”), combinations such as broccolini and cauliflower dressed with wakame and lemon demonstrate the same attention to detail as anything else that leaves the kitchen. Kitchen smarts, though, go beyond thinking creatively. The fermented pumpkin puree that binds soft grains of freekeh, for instance, is made with offcuts from the Automata kitchen. While the concept of clever upcycling is (rightfully) gaining traction in our increasingly waste-conscious world, at its heart, it’s really about making the most of leftovers. It’s a concept more cooks (at home or commercial) would do well to adopt.

Although A1 might be better resourced than your garden-variety Sydney cafe, its success boils down to its crystal-clear focus (create a casual, well-priced CBD dining option) and commitment to craft (at last count, there were six different bread types floating around the kitchen). The people of Sydney have responded by voting with their feet, as evidenced by a weekday lunch crowd that’s equal parts white tees and sleeve tattoos, and check shirts and business suits.

It’s telling, I think, that there’ll always be a handful of off-duty chefs in the restaurant at lunchtime as well. Granted, lunch-hour- and wallet- friendly food from one of the city’s hottest cooking talents is an easy sell, but I suspect Wells’s compatriots are also there to take a closer look at the way he’s applied his high-end sensibilities to something as everyday as the cafe. He’s not the first to mix high and low, of course, but with A1, he, Fergusson and Peng have nailed the smart-casual brief. Could we be looking at a blueprint for cafes of the future? Here’s hoping. 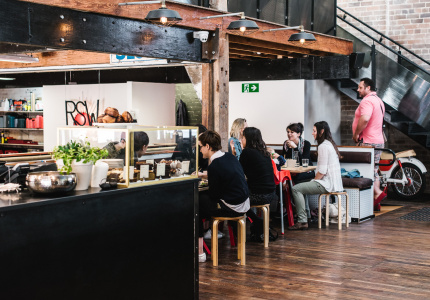 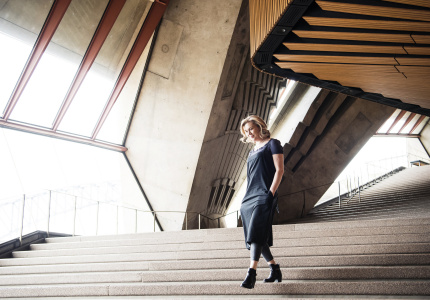