Following the arrival of a new chef, the dining at one of Sydney’s favourite places to drink is now on par with its wining. 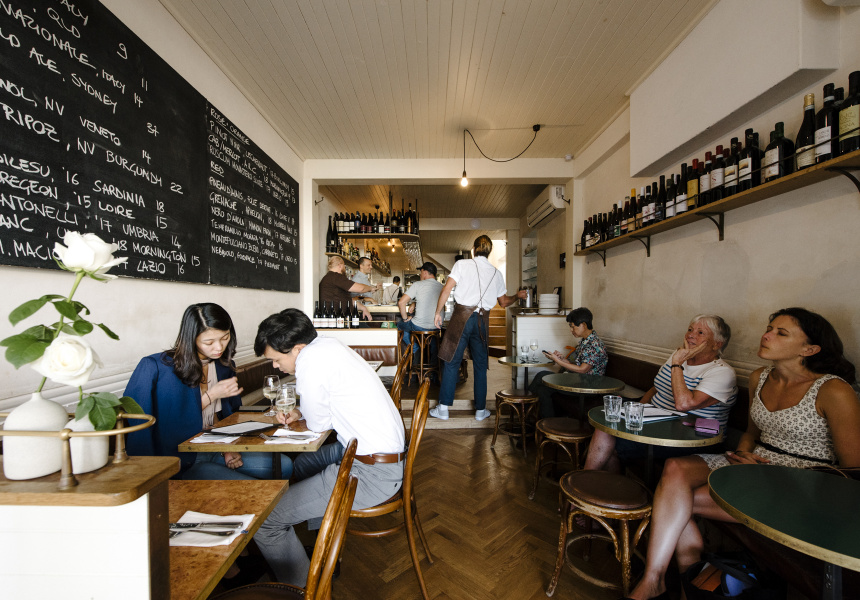 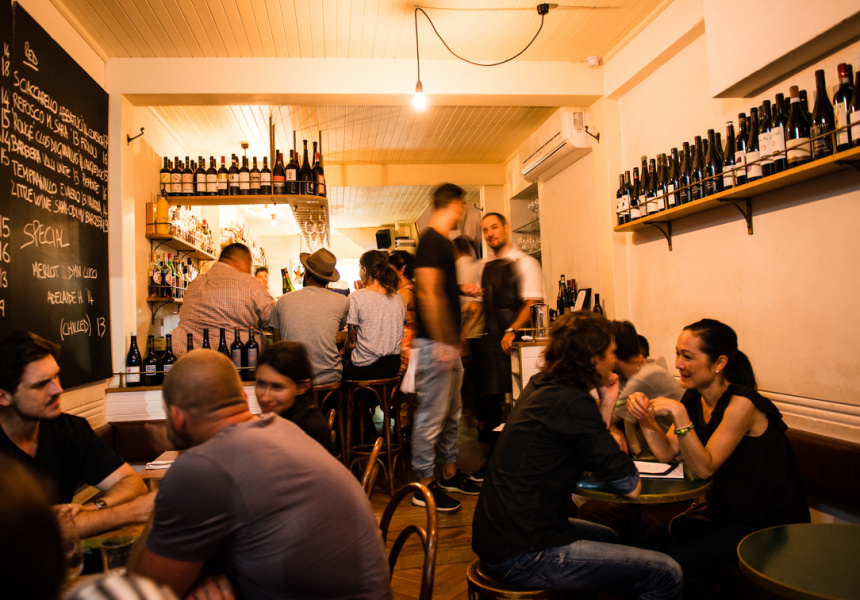 Remember when 10 William St burst onto the scene in late 2010? Together with compatriots such as 121BC and Love Tilly Devine, this cosy bolthole from the Fratelli Paradiso crew helped establish a blueprint for new-wave wine bars across Australia. True, its modus operandi – open a casual, intimate space and populate it with cool hospitality pros and even cooler booze and food – wasn’t exactly groundbreaking. But simple, when done well, can be very, very good.

Fast-forward to 2019 and little has changed at this buzzy converted terrace house, largely because owners Marco Ambrosino and brothers Enrico and Giovanni Paradiso got it so right from the beginning. It still doesn’t take bookings. The wine list is still predominantly minimal-intervention stuff from Italy, France and Australia. Personal space – especially for those shoehorned into one of the small ground-floor tables – remains more of a concept than a reality.

What’s evolved, though, is the menu. While the past decade has seen plenty of high-powered cooks pass through the 10 William St kitchen – the bar’s alumni include Daniel Pepperell (now at Alberto’s Lounge), Taswegian Luke Burgess of Garagistes fame and the former Pinbone double-act Jemma Whiteman and Mike Eggert – I’ve always had the feeling that the snacking was there to supplement the sipping. Yes, Pepperell’s signature pretzel with whipped bottarga is a classic of the genre, but largely because it plays so nicely with the Roussillon rose or whatever you were drinking off the blackboard by-the-glass list. The February arrival of new chef Trisha Greentree, though, suggests the food at 10 William is ready to step out from behind the bar.

A Sydneysider returning home after stints at Franklin (Hobart) and Dan Hunter’s regional Victorian dining room Brae, Greentree is a chef who cares about where things come from. So the deeply flavoured Berkshire pork she’ll grill and plate with rocket and apple sauce has been thoughtfully raised by Sally’s Flat farmers Andrew and Penny Hundy. And the bonito – in all its strong, fishy glory – in the crudo comes from seafood magician Josh Niland at nearby Saint Peter, another operation committed to provenance.

Most telling, though, is Greentree’s knack for coaxing maximum flavour out of vegetables, be it preserving coins of summer squash in a sharp apple-cider vinegar, or transforming polenta and fresh white corn into a savoury, congee-style porridge: a delicious, soul-pleasing thing of a dish, even if the unhusked sunflower seeds sprinkled on top are more intriguing than delicious (the seeds’ texture was eloquently described by a dining companion as “stabby”).

Greentree’s vegetable-whispering talents go beyond plant-on-plant situations. Take the octopus and eggplant caponata. While the occy brings chew and gentle marine funk to the party, tranches of tender eggplant sharpened with dried peperoncino chilli are the dish’s MVP. Char-grilled baby tropea onions – the plants’ tapered, green tagliatelle-like stalks still attached – on a bed of ‘nduja showered with pecorino further demonstrate a knack for marrying flesh and veg, east and west.

But maybe you want traditional, flour-based noodles? 10 William St, like any self-respecting Italian(ish) bar, takes its pasta seriously and steadily cycles through shapes and sauces. I can’t speak to the lethality of the house-made strozzapreti (“priest stranglers” in Italian: google their likely apocryphal origins), but can confirm these toothsome twists of dough make excellent vehicles for a bright pistachio pesto. While purists insist cream has no place in a proper carbonara, I wonder what their position is on jagged maltagliati in ragu finished with a splat of gloopy straciatella. The cooling, creamy mass of milk curds manages, somehow, to both temper and amplify the peppery sauce studded with pork and veal. Also from the department of creamy deliciousness: the somewhat undersold “flan & vermouth”, a jiggly, Boomerang-ready crème caramel and a subtle nod to Greentree’s Filipino roots.

The constant throughout all this, of course, is the wine. And the list at 10 William remains one of Australia’s more enjoyable deep dives into natural winemaking. And yet, through the combination of a new, agriculturally minded chef and the process of evolution, Paddington’s little-wine-bar-that-could, circa 2019, feels like a place you’d come to eat as much as pop a cork on something unusual, left-of-centre and not likely to be found in your nearest supermarket-owned bottle-o. Would it be trite to suggest the dining at 10 William St is now on par with its wining? Perhaps. But then again, simple can be very, very good.