Its aim is to elevate the steamboat experience. 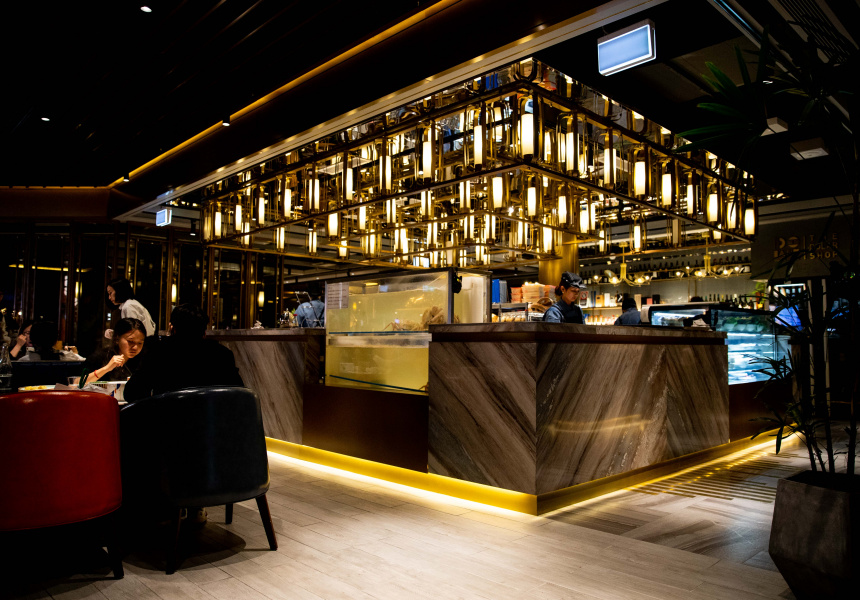 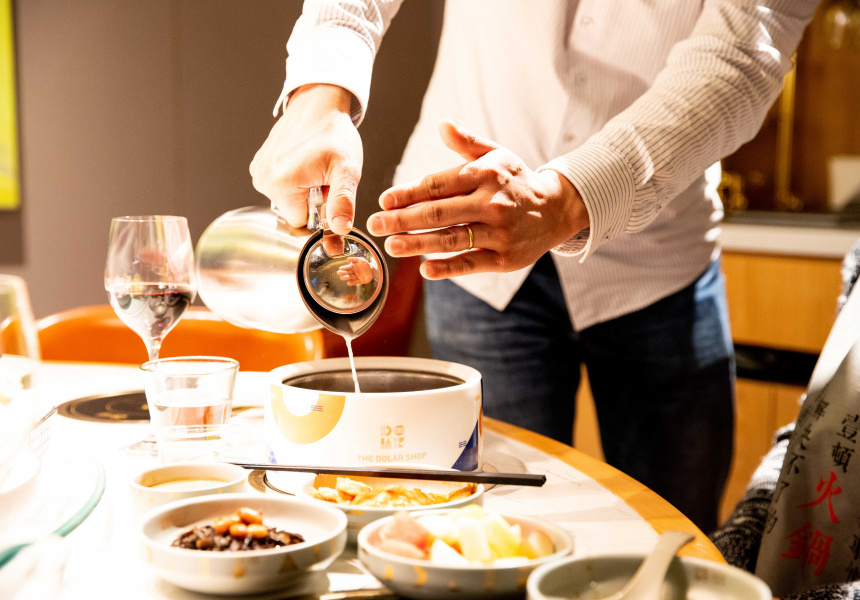 And while the name may make it sound like a discount store, the 200-plus-seat flagship is anything but. It’s opulent, with plenty of marble and sleek gold finishes, as well as splashes of royal blue and burnt orange. If you’re rolling with a large group you can choose to book one of the three private dining rooms. The high-end fit-out was very deliberate says co-owner Arnold Suen. “We believe the current standard of hotpot places in Sydney is much lower than it is in China, so we saw this as an opportunity for us to bring hotpot to another level.”

A hotpot meal starts with choosing a broth. There are six flavours – the most popular is pork bone, mushroom and spicy Szechuan – or you can go half-and-half. During the meal your stock will be topped up if it runs low. You can pimp your broth by adding up to 25 condiments and sauces from a self-serve bar – things such as fried garlic, corn, peanut sauce, soy and XO.

Then it’s time to select the ingredients you will dunk into your bowl of soup that simmers on a hot plate at your table. In keeping with the upmarket vibe, and playing to Sydney’s strength of having access to quality seafood, Dolar Shop offers big eye ocean perch, shrimp pate (a ball of minced prawns with water chestnut and celery), Australian greenlip abalone and, from a live tank, snow crab and Tasmanian red lobster.

There’s also boneless short ribs, M6+ to M9+ score Wagyu served over ice (and sometimes with the theatrics of dry ice), vegetables, and a large array of fungus and handmade noodles. If you’re game, there’s duck blood and no fewer than three types of beef tripe. (If you find yourself completely lost in the hotpot experience, use the instructions on the menu.)

Aside from the usual soft drinks, the focus is on herbal teas and fresh juice – orange, watermelon, plum or kumquat with lemon – and there are some well-known wines, such as Henschke and Lake’s Folly.

Suen says this Dolar Shop is one of five that will soon be in Australia. “We have set ourselves a five-year goal to open two in Sydney, two in Melbourne and one in either Adelaide or Brisbane.”

This article first appeared on Broadsheet on November 1, 2018. Menu items may have changed since publication.