Thirty-nine years of love for the Haymarket icon were on display, with diners lined up down the street for their last taste of Marigold’s har gow, barbeque-pork buns and roast duck. 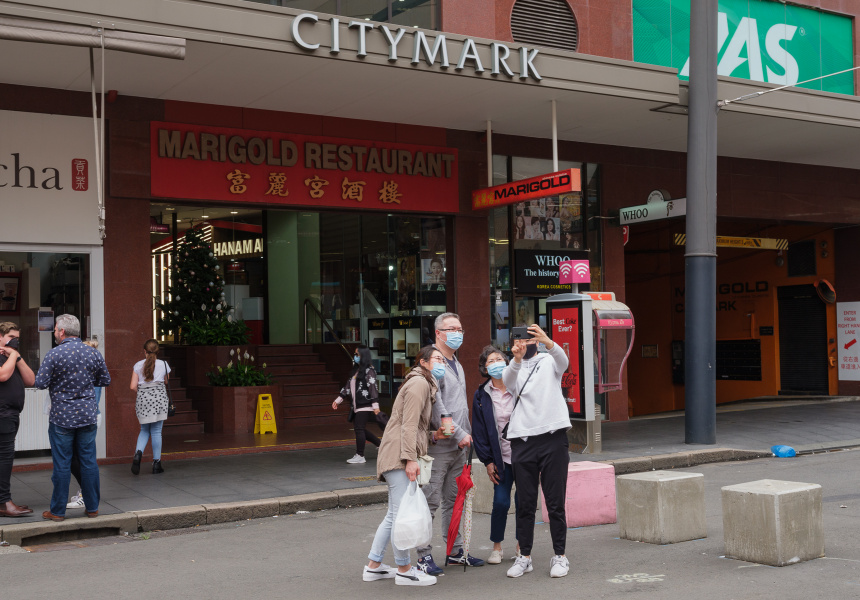 On Sunday December 5, after 39 years serving devoted crowds har gow, pork buns and roast duck (all finished off with mango pancakes), Marigold had its final service. Diners showed their love by lining up down George Street in the rain for one last shot at the classic Marigold yum cha. Some brought bouquets of flowers for the staff – many have been there for more than three decades – and lots of them got one last selfie out the front or with the servers in their staple light-blue and yellow uniforms and dapper suits.

In November the family-run business announced it was closing for good, thanks to – what else – the impacts of the pandemic. Local and international tourists – particularly those from China, Hong Kong and Taiwan – haven’t been able to visit, and the number of workers in the CBD has dropped significantly, both impacting the diner’s numbers. And capacity restrictions have limited the size of functions and how many people can be seated for yum cha sessions.

“But paradoxically, busy sessions does not mean it is good for business, because it is impossible to find enough staff,” Marigold group manager Connie Chung told Broadsheet in November.

“It wasn’t an easy decision to make. We are just one year shy of turning 40.”

Marigold is just the latest in a series of beloved Chinatown eateries to call it a day thanks to the pandemic. Cantonese staple Golden Century went into administration in August, while peking duck palace BBQ King closed up last year.

And while the final service was a bittersweet celebration of a venue that lasted nearly four decades in Sydney’s fierce dining scene, the sheer volume of people who visited to pay tribute is testament to its impact on the city. Long live Marigold.