Chin Chin is Opening in Surry Hills This Monday

Designed by George Livissianis, this is a Sydney restaurant, not a Melbourne one. 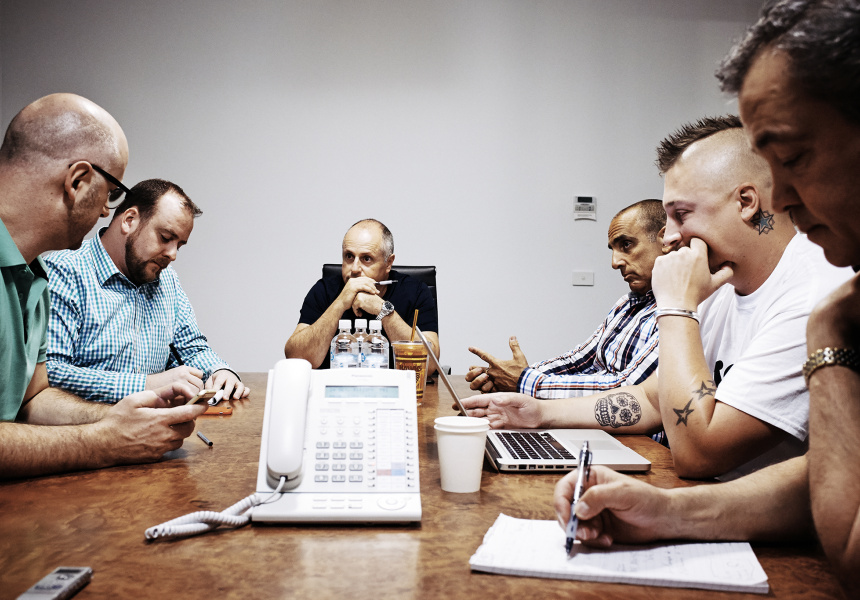 After two years owner Chris Lucas, together with his executive chef Benjamin Cooper; wine director Philip Rich; and new head chef Graeme Hunt (Spice Temple), is ready to play out the next chapter of the popular Thai restaurant, which first opened in Melbourne in 2011.

For the Sydney sibling, Lucas has enlisted George Livissianis (Cho Cho San, The Apollo, Longrain and Billy Kwong) to transform the space. Occupying the ground floor, it will feature a cocktail bar called “Go Go” (as it is in Melbourne); a large dining room (bigger than its Melbourne counterpart); and a private dining space downstairs where Thai cooking classes might happen.

“My brief to George – and he agreed straight away – was that we shouldn’t try to recreate what we’ve got in Melbourne,” says Lucas. “We should take advantage of the fact that we’ve got this amazing building and, while it has some similar elements, it’s from the same era, for instance, it’s its own animal, its own building, its own heritage. So we decided that we should create something that’s very much about the building, and Sydney.”

Expect to find a few old favourites from the Melbourne menu beside new dishes designed for Sydney’s warmer climate; the menu will feature lots of seafood. When Broadsheet attended the first menu tasting we tried miang kham, a dish made from pomelo, ginger, pickled coconut, scud chilli and coconut cream with a choice of crab or scallops. There was also a jungle-spiced flank steak with wild ginger, okra and holy basil. And wok-tossed mussels with chilli jam, green beans and compressed fried-rice cake.

Griffiths Tea Building is a striking Sydney landmark and a rare, local example of a late-Federation-era warehouse. Now heritage listed, it was constructed in 1915, when Griffiths Teas – a Melbourne-based company founded in 1879 and one of first distributors of tea and coffee in Australia – was already a household name.

“I can’t wait until we throw open the doors and see how it comes together,” says Lucas. “Hopefully it’s going to turn out to be something really beautiful that Sydney will be proud of.”

Chin Chin will be taking bookings from September 25 and will open to the public on October 2.

With additional reporting by Imogen Eveson.