What You’ll Be Eating at Chin Chin Sydney

The Lucas Group got together to try out some old favourites and new additions for the opening of its first Sydney restaurant. 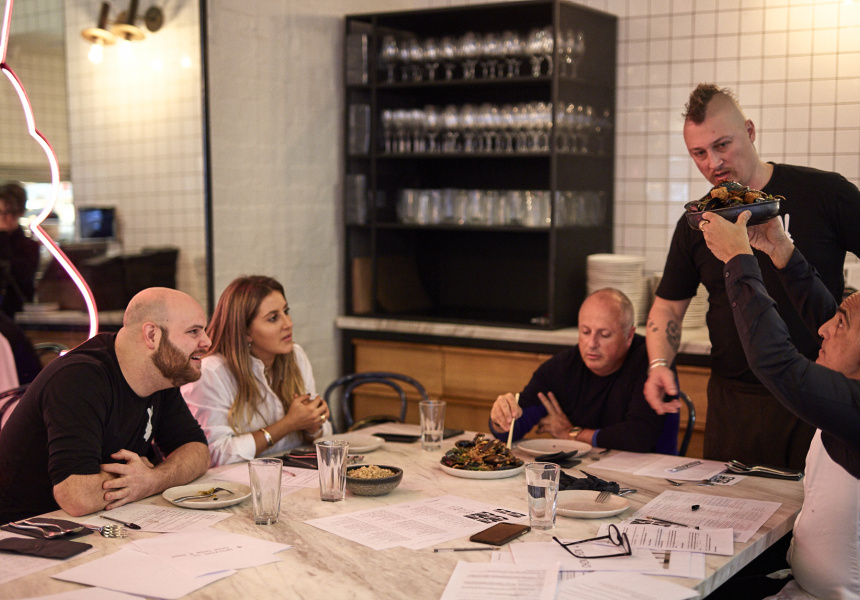 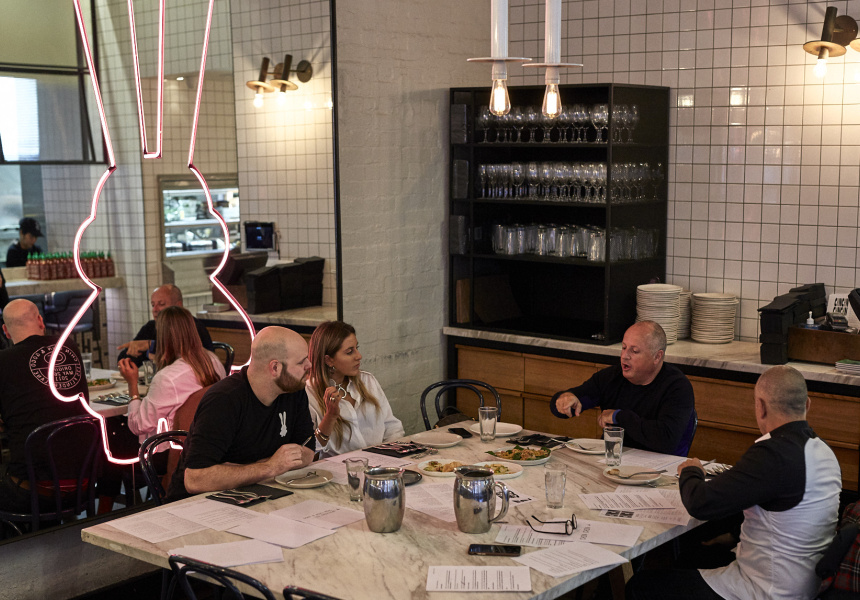 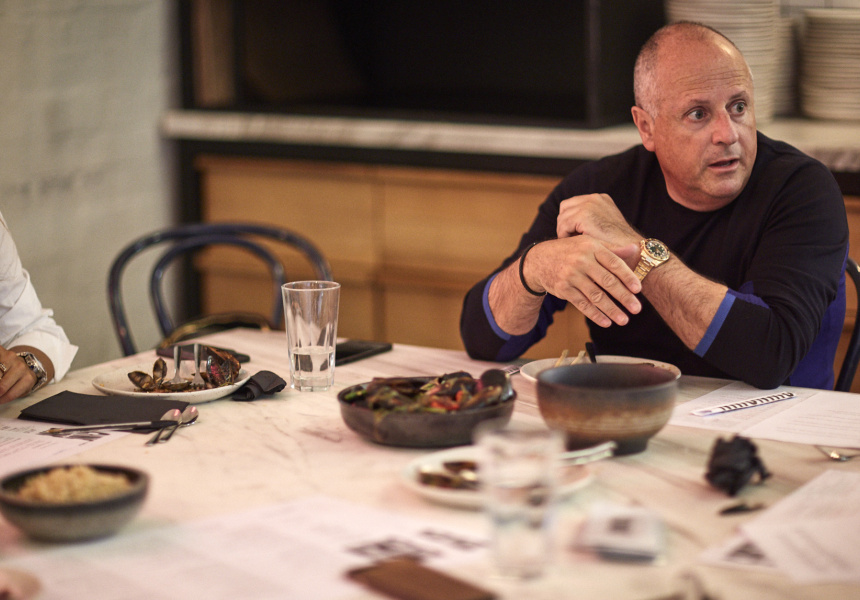 The biggest Melbourne restaurant opening this year isn’t in Melbourne. It’s in Sydney: Chin Chin, the Flinders Lane restaurant whose queues have snaked around the block for five years and counting, is heading north.

Owner Chris Lucas – together with his executive chef Benjamin Cooper, wine director Philip Rich, publicist Holly Lucas and new head chef for Chin Chin Sydney, Graeme Hunt – will certainly be taking all the favourites from the Melbourne menu. But the Victorian team is fully aware that a carbon copy just won’t cut it. “What Chris wants to do is continue the evolution of the brand. We try to use filters that we think are relevant to Sydney,” explains John Kanis, general manager of the Lucas Group. “It’s a new city and we’ve got some cooking equipment up there that we don’t have in Melbourne. That’s allowed us to put some new sections and cooking styles on the menu [for Sydney]. We’ll use different cooking methods for a few Melbourne dishes.”

So, to figure out how to make the new menu work, Cooper and his team fired up the wok burners, and started sending out new variations on existing dishes, as well as a few experiments. Broadsheet was present at the tasting session. For example, there’s a miang kham dish with pomelo, ginger, pickled coconut, scud chilli and coconut cream with a choice of crab or scallops that needs to be tested. “We’ve got to decide which one’s better,” says Kanis.

Cooper delivers the dish to the tasters, who lift their forks and dig in. “First off, this is an evolution of the scallop dish we do – it’s crab, pomelo and coconut curry. It’s a bit lighter, a bit more feasible to eat too. The crab meat we use in there is two-parts white meat to one-part brown meat,” explains the chef. “You get that sweetness from the brown meat, so there’s a nice balance.”

Chin Chin Melbourne head chef Daniel Briggs is a little concerned with how to handle the scallop iteration. “The scallop’s nice, it’s just a little bit harder to eat,” he suggests.

Given the warmer weather – and the proximity of the coast – seafood will likely feature heavily at Chin Chin Sydney.

Next, Cooper presents a tartare with sambal olek, pickled cucumber, turmeric leaf oil and cassava chips, with an option of either salmon or tuna. “There’s a very similar flavour profile, but there’s just a twist on it,” he explains. “We lightly cure both the tuna and the salmon, with a 35-minute cure. It just firms it up a little bit.”

The executive chef already has a preference. “I like the salmon,” say Cooper. “It’s got a little bit more fat content.”

Quickly, the table reaches a consensus: “I think the salmon,” says Briggs.

The process continues across nine dishes, with Lucas and Briggs taking down notes with a pen and paper, and Kanis rearranging a colour-coded map of dishes from both venues. At one point, Kanis rushes up and holds an earthenware bowl above his head to demonstrate the crockery he prefers; Lucas scoops the food off a black plate onto a white one. “Some of the dishes are the same, but have different presentations,” says Kanis. “We’re trying specials in the restaurant to see which one we prefer.”

While the Chin Chin team has definitely hammered out a few kinks, no doubt the menu design will continue ahead of the opening later next month. “It can take a long time for a new recipe [to be developed]. It’s not a quick process; it’s very organic and evolutionary. You can start with an apple and end up with a pear,” explains Kanis. “It’s the first time we’ve opened a second venue of the same brand. It’s been a little bit tighter, because we’ve got the existing DNA. The overarching thing for us is to open a Sydney restaurant, not a Melbourne restaurant.”

Broadsheet readers will have the chance to win a table for four at a preview dinner before the restaurant opens to the public in late September. Details to come.