Cheap Eats Under $12: Haymarket (Part One)

Between Central and Market City you’ll encounter a mix of regional Chinese dishes and some of the cheapest bento boxes in the CBD. 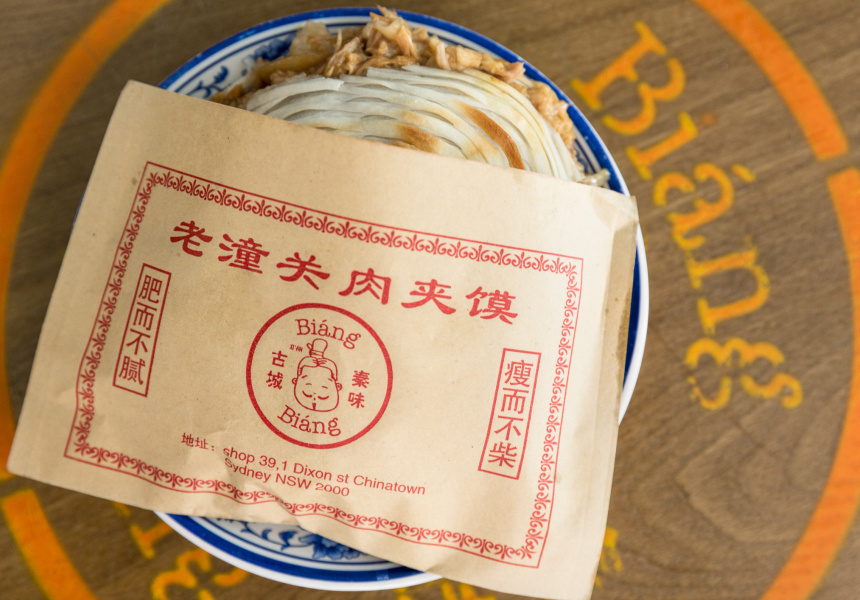 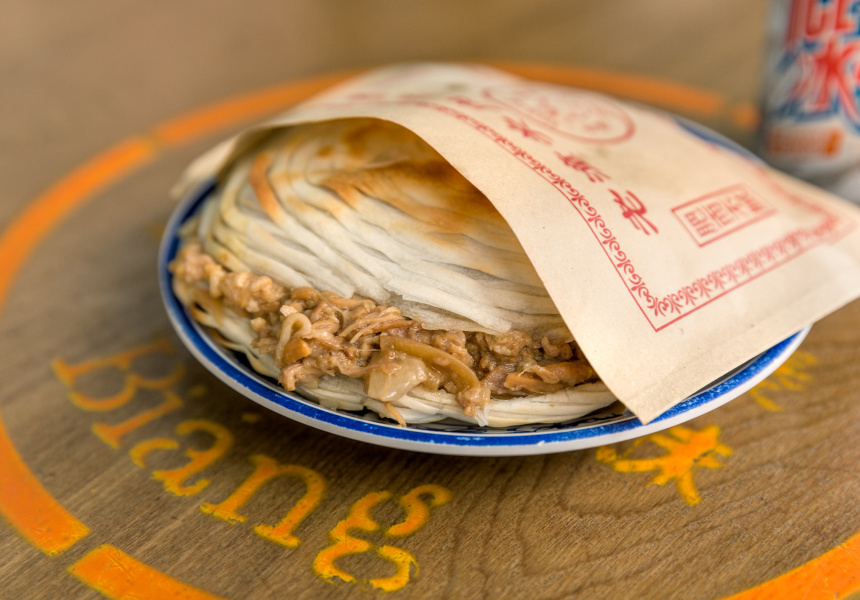 Rare beef pho at Bò 7 Món Thanh Tâm – $11
The Mountbatten Hotel is an unlikely home for some of Sydney’s best and oldest Vietnamese food, but sometimes venues are surprising.

Enter and you’ll be met with the warm smile of owner Phuoc “Phillip” Hoang, the legendary chef who brought Vietnamese food to Surry Hills in 1985 and then made his name in Bankstown serving the cuisine of Saigon. Hoang’s skills encompass dishes that were served to the king, but his simple pho makes an ideal lunch.

“The basis of pho is how the soup is made,” Hoang says. “The way you cook it over the fire, the bones, the herbs. It takes eight hours minimum. Everyone makes it different, but they’re all nice.”

Hoang recommends the basic beef pho and it’s best to opt for the rare, rather than cooked, beef. It’s meltingly tender and cooks slowly in the hot broth. Although the dish comes with the usual accoutrements – hoisin, Sriracha sauce, the strong sauces would overwhelm the delicate, aromatic soup and they’re best left on the side as an occasional dip for the meat.

Cien nui omelette with preserved turnip at Ho Jiak – $10
Food is such a big part of Hokkien Chinese-Malay culture that “Have you eaten?” is a common greeting. A typical response is “ho jiak", which loosely translates to “the food is nice and tasty”. “When you’re able to say ‘ho jiak’,” says sweets chef Sharon, “it means you love the food.” Ho Jiak is a popular Malaysian eatery in Strathfield, and this recently opened Haymarket outpost serves nyonya (Chinese-Malay) food.

The menu is an assortment of exquisite meat, seafood and noodle dishes, but the cien nui, or omelette, is refreshingly simple. Eggs are whisked to a fluffy consistency and cooked in a pan with a choice of toppings: sliced onion, minced pork or salted, crunchy preserved turnip.

White cut chicken at Two Sticks – $5.80
Two Sticks is Sydney’s first Yunnan Chinese restaurant, according to Ella Tao. The southern province of China is well known for its rice noodles (Two Sticks makes theirs in-house), but the white cut chicken is a hidden gem on the menu.

While it resembles the poached, sliced meat of Hainanese chicken rice, the flavour of white cut chicken is more punchy. The dish consists of a deboned drumstick poached in stock and served with one of two sauces. The spicy version is a rich, flavourful sesame and peanut paste. The other is a light, green sauce made from ginger, garlic and shallots.

“It’s a simple dish. There’s a flaky pastry made with no butter or oil – just flour, water and salt. The filling is pulled pork made from a combination of pork belly and pork hock. We spent a lot of energy to get the pastry perfectly flaky, and get the right ratio of fat and lean meat in the pulled pork.”

Biang Biang’s offering is from Xi-an, the capital of Shaanxi province in China’s northwest, and the eatery’s name is onomatopoeic. “When the chef is stretching the noodles, he punches on a board and that sound is like ‘biang biang’,” says Deng.

Beijing Combination Noodles at Chinese Noodle Restaurant – $11.50
Chinese Noodle Restaurant has been hand-pulling Northern Chinese wheat noodles for over 20 years. Only a little has changed about this charming hole-in-the-wall – the slightly incongruous plastic grapevines that adorned the ceiling have been replaced by what staff describe as modern grape bunches, and there’s outdoor seating now to accommodate the crowds.

Try the Beijing Combination Noodles, which is topped with a delectably oily, salty and sweet pork mince mixed with shredded cucumber.

Karaage chicken bento box at Daruma – $9.80
Daruma is a family-run eatery on the upper floor of a Haymarket arcade, which in spite of its hidden location, is usually packed. You’ll be hard pressed to find much on the menu over $10, and according to Hiroto, that’s because the high volumes keep prices low.

The karaage bento box is a customer favourite. The fried chicken is well seasoned and garlicky, served with agedashi tofu, rice and kinpira, a stir-fry of carrot and burdock root.

Have a read of part two of our Haymarket Cheap Eats for under $12 guide, here. 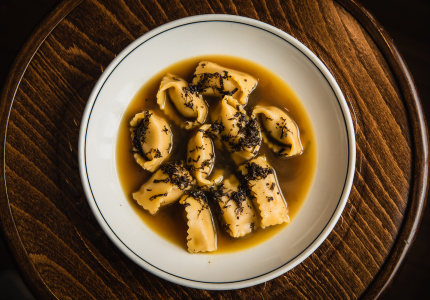