On two blocks, you can eat your way around the world. 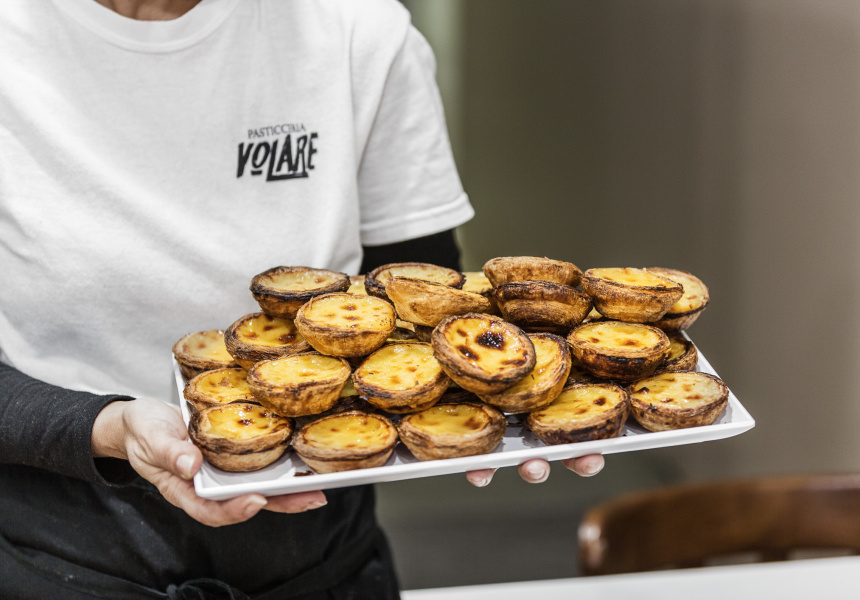 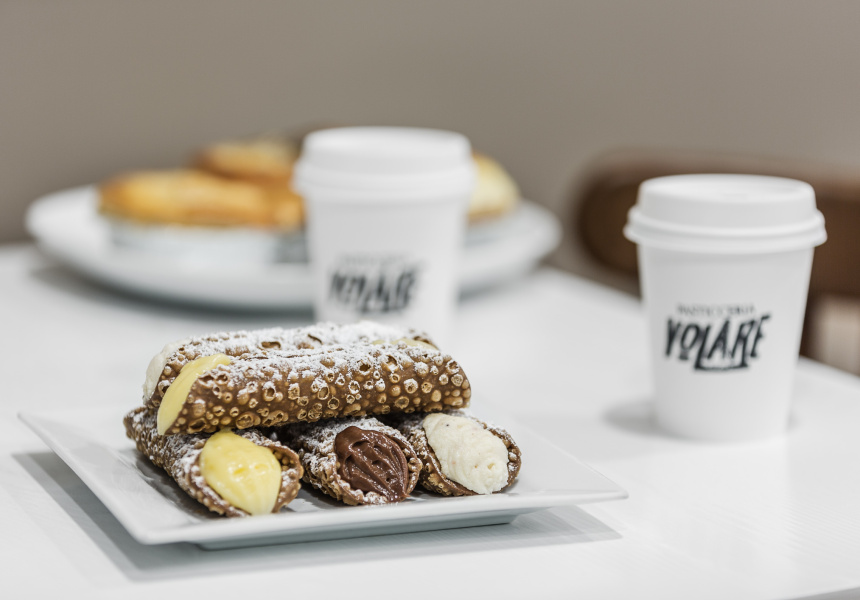 Quarter chicken and chips with garlic sauce at Oricco – $10

Oricco’s chicken is butterflied, Portuguese-style, before it’s chargrilled, but that’s where the similarities end. Oricco’s owners are Lebanese, and the 30-hour chicken marinade reflects the culture’s garlicky, herb-laden food tradition.

The toum (garlic dipping sauce) is what makes the dish. “We’re really proud of our toum. It’s a traditional Lebanese recipe, and it’s what brings the customers back,” says co-owner Jad Boustany.

The creamy garlic sauce is powerful, and lingers on the palate long after the chicken is gone. “Don’t go near anyone after you’ve had our toum,” Boustany says.

The thing you notice first about chef Takako Fasolin’s mochi dumplings is the texture. The disc-shaped rice flour dumpling skins are crisp on the outside and chewy inside. They’re filled with a delicately flavoured mixture of tofu, red cabbage and quinoa. You’ll want plenty of dipping sauce; the vinegary soy sauce brings the subtle flavours of the dumplings to life.

Panino at The Delicatessen by Gino and Mary – $10

Ordering a panino sandwich is a bespoke experience at this 50-year-old deli. Specify that you want to spend $10, and anything behind the long glass counter is up for grabs: roasted eggplant, fresh ricotta and a handful of sundried tomatoes or hot Italian salami with slices of mild ambrosia cheese, served on a chewy pane di casa bread roll.

Pork-and-fennel sausage roll at Strawberry Fields – $5 or $8.50 with a side salad

It’s easy to be distracted by the array of exquisite, colourful pastries behind the glass at Strawberry Fields, but don’t underestimate the humble pork-and-fennel sausage roll.

Made from scratch in Strawberry Fields’ tiny kitchen, the sausage roll won silver at the Sydney Royal Fine Food Awards this year. Add a simple side salad if you wish, but the free-range pork-, onion- and fennel-filled roll is large enough to be a meal in itself.

The Hub House Diner’s take on Caesar salad is pretty standard, but it’s a good example of a classic dish done well. The anchovy- and garlic-laced dressing is creamy and salty; the cos lettuce is fresh and the bacon crisp.

The takeaway salad is substantial. “Everyone is really surprised at the size,” says server Maddy. “It’s the perfect meal.”

Locals will fondly remember Fernandes Patisserie, a Dulwich Hill institution that served Portuguese tarts done the traditional way: scorched golden brown on top, sprinkled with cinnamon. The old owners have retired but the new patisserie, Pasticceria Volare, is still serving the same tarts, made with the original recipe.

“We’ve kept up the same tradition,” says co-owner Ada Cimini. “The Portuguese tarts are something we didn’t want to touch.”

Every Saturday night Baby Rey’s food truck pulls up to a carwash on New Canterbury Road and slings burgers for three hours.

The menu of burgers, fries and milkshakes is on constant rotation, but watch social media for the return of the Wild West burger, a towering stack of beef patties topped with bacon, ripple crisps, cheese and special sauce on a brioche bun.

“Once you cook one sojok, the smell goes all the way to the street,” says owner Fred Jaber. “It’s very aromatic.”

Sojok is a mildly spicy Turkish sausage. At Zeit and Zaatar, it’s served on a cheese and tomato pizza that’s cooked either in the pizza oven or the traditional way on a saj, a large convex metal plate that’s heated from below with charcoals.

The lemon tarts at this quintessentially French deli aren’t uniform. They’re handmade and untidy, with tangy yellow filling dripping over the edges of the crumbly pastry. The tarts are small, but so rich that they could be split between two and still leave your sweet tooth sated.

A generous pot of Mariage Frères Marco Polo black tea has just the right balance of fruit and citrus flavour to cut through the sweetness of the tart. Visit on the second Sunday of the month and have your tart with a side of live jazz. 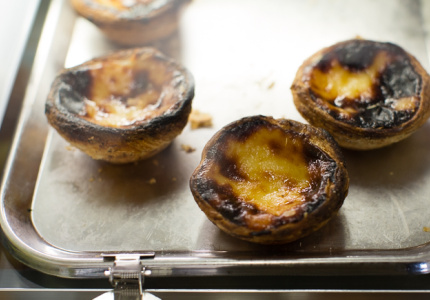