From the duo behind the much-loved tonkotsu shop in World Square. 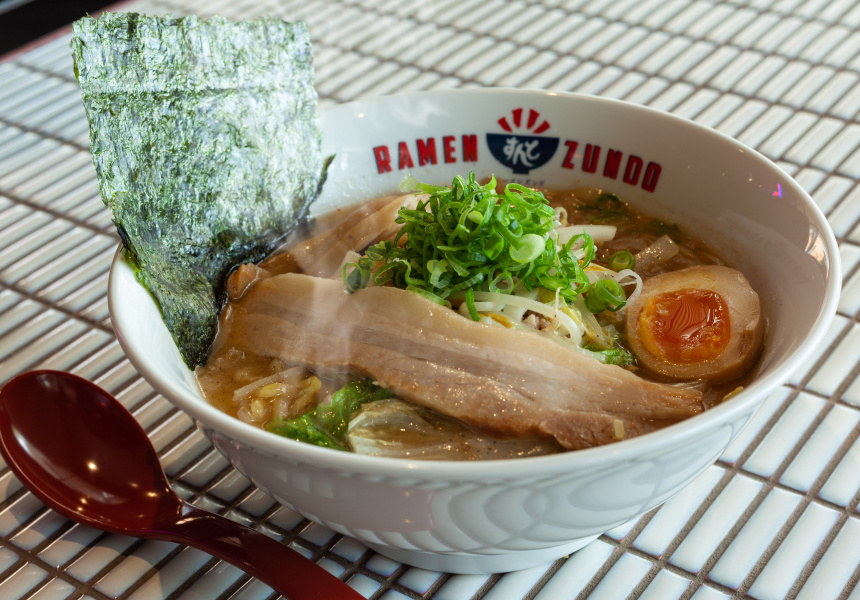 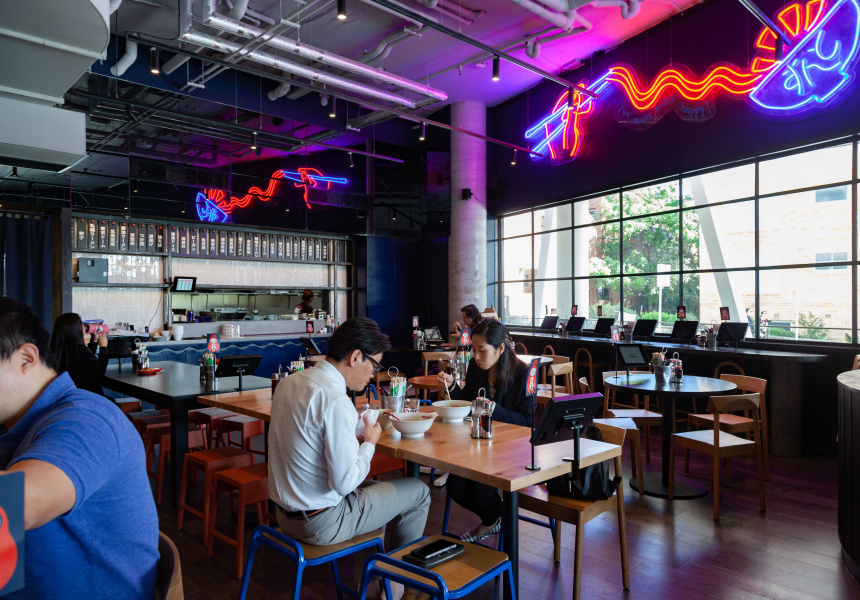 Hiroki Nagao is animated when he talks about ramen. Shifting effortlessly between Japanese and English, he stands up to mime the way the cooks vigorously stir the tonkotsu (pork bone) broth in 160-litre zundo (stock) pots at Ramen Zundo in World Square.

“At World Square the tonkotsu takes big power; it’s more time and you have to stir constantly to avoid burning,” he says. “In Chatswood we make Sapporo-style. You use a smaller fire; it makes a clearer soup with a lighter flavour.”

The Nagaos have been in the ramen business in Sydney for two decades; Ramen Zundo Sapporo in Chatswood is their latest eatery. The two venues aren’t the same, though, despite both serving ramen.

“There are three big types of ramen in Japan,” says Masako. “Tonkotsu [also called Hakata] comes from the south and it’s the most famous. There’s Kitakata[-style] from the middle of Japan, near Tokyo, made with chicken-stock soy. Sapporo-style comes from the north. In Sydney everyone is doing Hakata tonkotsu – we wanted to do something different.”

Sapporo-style ramen is paler than the almost gravy-thick tonkotsu because it’s made from a combination of pork, chicken and vegetable-based stock, rather than a pork-only stock. And because it originated in a cold part of Japan, it’s imperative to retain the warmth in the dish. “We use a wok to cook it one bowl by one bowl, so it keeps its heat,” says Masako.

Ginger and garlic go in first, followed by a ball of pork and beef mince. Then chopped wombok (Chinese cabbage) is added, followed by a shoyu (made by Sapporo noodle maker Nishiyama Seimen Co) or miso sauce and a few scoops of broth. Once hot and well incorporated, the wok contents are poured over curly, chewy noodles (also imported from Nishiyama Seimen) and topped with chashu (sliced pork), half a boiled egg and bamboo.

The difference in flavour isn’t immediately apparent unless you eat ramen regularly or you have a bowl of the tonkotsu broth on the table for comparison. Masako brings out tsukemen, a popular dish at the World Square shop, for me to compare. It’s served in two bowls – a large dish of fat, handmade noodles and a smaller bowl of tonkotsu broth. You eat it by dipping chopstickfuls of noodles into the thick soup. It’s meaty, fatty, rich and delicious, but it lacks the delicacy of the piping-hot Sapporo ramen.

Ramen Zundo at Chatswood also does a vegan ramen with fried lotus chips on top of vegetables and tofu. The flavours are convincing enough that Masako declares, “I can’t really tell the difference in soups.”

Although Zundo is a few blocks from Chatswood train station and the suburb’s main hub of eateries, it’s in good company. Chat Thai is going to open next door and Fish Bowl is nearby.

The room is large and a wall of black, steel-framed windows lets in lots of light. Diners order from digital screens (found on all the tables), and as they come in, Hiroki bends to look through the pass and call out “irasshaimase” (welcome) in greeting.